Popcorn With Zenger: Jordan Peele Turns ‘Nope’ Into A Dope

The horror film underwhelms, but the acting is stellar. 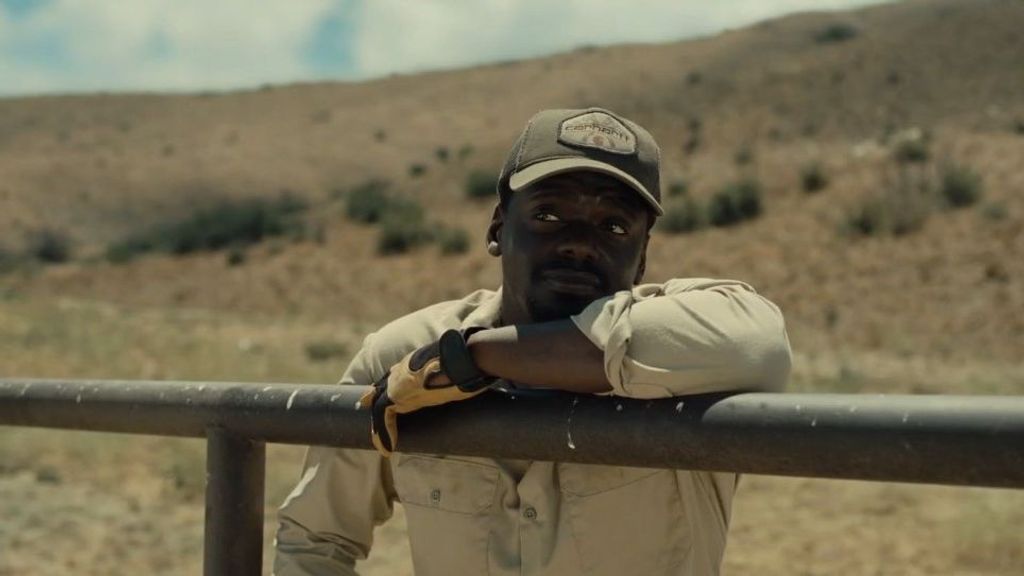 Jordan Peele has become somewhat critic-proof over the last couple of years, having nothing to with his movies. Peele has made a name for himself creating what he calls “social thrillers,” or horror films based on race.

The media has had a tough time covering his films, worried that if critics don’t like a black creator’s work, they will be accused of racism versus an objective aesthetic judgement. After the success of his 2018 film “Get Out”  and the underwhelming “Us” the following year, navigating word of mouth around Peele was somewhat difficult.

Some call him the greatest horror director of this generation. Others view him as a competent director with some glaring narrative issues in his writing.

This leads us to his latest work, “Nope.” The film was initially shrouded in secrecy. Was it going to be another race-related thriller, or Peele’s attempt to do a classic horror movie? Now that it’s out, there isn’t much to talk about.

The Story: “Nope” is set on a small ranch just outside Los Angeles. OJ Hayward, played by Daniel Kaluuya, works on preparing horses for the movie industry with his father Otis (Keith David). One day, a strange occurrence — metal objects falling from the sky — causes Otis’ death. Weeks later, OJ is working in family business with his sister Emerald Haywood, played by Keke Palmer.

While on the ranch, OJ notices his horses are reacting to a cloud in the sky. Because the cloud isn’t moving, OJ and Emerald suspect there is an extraterrestrial ship hiding in the clouds and hunting their horses. The duo gets the bright idea to gather footage of the aliens so they can sell it. Obtaining that footage is more difficult than they imagine.

Bright Spots: The high point is the acting. Daniel Kaluuya and Keke Palmer do their best job at reacting to objects that aren’t there. Kaluuya, who passed on returning to “Black Panther 2: Wakanda Forever” to make this film, Is the strongest character in the movie. “Nope” doesn’t have any social commentary; it focuses more on the story than any lectures on race.

The film was shot in the Agua Dulce desert in Northern Los Angeles County with award-winning cinematographer Hoyte van Hoytema. The film does a good job of creating a visual cinematic element at the center of the conflict. Anything that isn’t CGI is well shot, drawing visual influences from old Westerns. However, “Nope” drops the ball in pretty much every other category, and the finger can only be pointed at one person.

Weak Spots: When you are the writer, director and producer; all failure rests with you. What Peele gains in cinematic influence, he loses in creating an entertaining story. “Nope” is a dry and uninspiring movie. The film relies on the art of suspense and mystery. The entire first act is filler as the audience waits for the plot to unfold. “Nope” front-loads the first two acts with setups believing the payoff is going to be worth the wait. It isn’t.

Instead, fans are treated to what is essentially an M Night Shyamalan movie, a film based in mystery, while we wait for the big reveal. There’s an entire subplot here that involves a minor character and his traumatic experience as a child actor dealing with a monkey. Later, we discover this subplot isn’t related to the main story and could have been cut.

For a horror movie that boasts a 131-minute running time, the overwhelming majority of is filler. Outside the opening sequence, there isn’t much to hold your interest and when we get the giant monster reveal, it’s as scary as a busted helium balloon.

The Takeaway: “Nope” is the most boring film of 2022 to date. When race isn’t an essential plot device for a story, Peele’s holes as a filmmaker begin to show. “Nope” is tedious cinema that fails to engage, a cardinal sin for audiences committing two-plus hours of their time.

See or Skip: Peele loses control of his plot, making “Nope” a long and uninteresting nothing burger of a film.