Local media reported that it had lain hidden near the Jungfrau and Monch mountain peaks in Valais canton for decades.
By Georgina Jedikovska August 15, 2022
Facebook
Twitter
Linkedin
Email 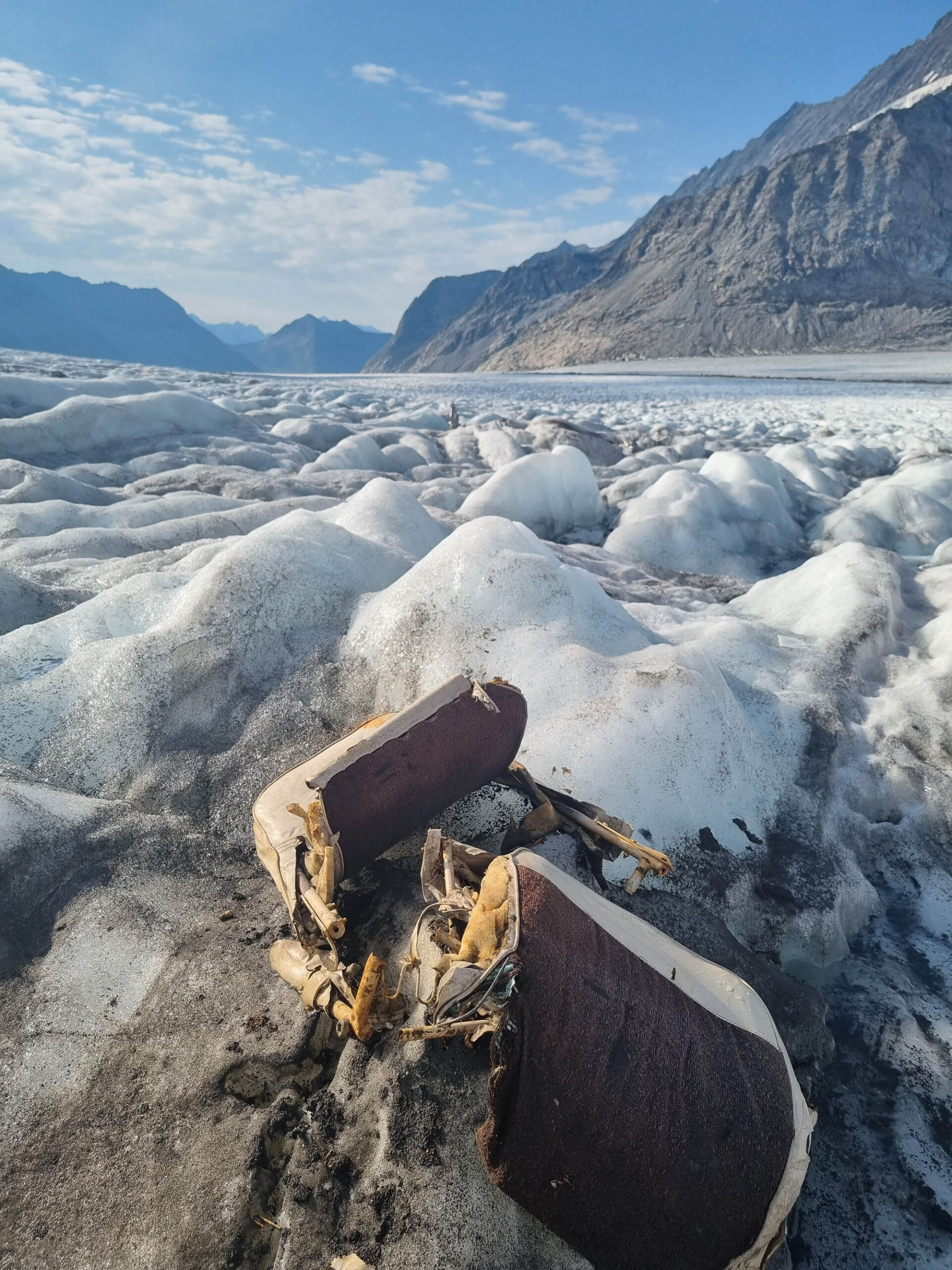 Image shows the plain wreckage in the Swiss Alps in an undated photo. Switzerland's melting glaciers revealed the remains of a plane that crashed on Sunday, June 30, 1968.  (Konkordiahuette/Zenger)

Global warming has revealed gruesome human skulls and parts of a crashed plane entombed beneath an Alpine glacier for more than 50 years.

The Piper PA-28 Cherokee had not been seen since it disappeared 54 years ago over the Swiss Alps.

Now a mountain guide has discovered the grisly remains after the crash site was revealed by melting ice.

Fragments of the 1968 aircraft were discovered on the Aletsch Glacier in the Swiss Alps on August 2.

Local media reported that it had lain hidden near the Jungfrau and Monch mountain peaks in Valais canton for decades before guide Dominik Nellen, 38, discovered it during a tour.

Nellen, who said the find was a special experience for him, stated: “From a distance I thought it was two backpacks.”

But, as the mountaineer and his group approached, they discovered numerous plane parts within a radius of 328 feet.

He explained: “We found a glasses case, a wet hat and also individual parts of the plane such as the seat and wings.

“Of course it makes you think about what happened back then.”

Nellen revealed that the discovery was a pure coincidence.

He stated: “I usually take a different route. In addition, the plane was hidden under a glacial moraine.”

A spokesperson for Konkordia Hut – a mountain hut of the Swiss Alpine Club – told Zenger News: “A few days ago, a mountain guide discovered parts of an airplane while trekking on a glacier from the Jungfraujoch to the Konkordia hut.

“Due to the melting of the glacier, parts of this small aircraft were uncovered. Investigations are ongoing.

“Due to the current conditions, the best route from the Jungfraujoch to the Konkordia hut leads right past the plane.

“From the Jungfraujoch first in the direction of the Jungfrau and then on the Kranzberg side down to the Konkordiaplatz.”

Konkordia hut warden Stefan Gafner, 37, and his colleague Rebecca Gresch, 29, went to the site of the accident on Friday, August 5.

After photographing the wreckage, Gafner said: “I don’t know exactly which aircraft it is. I couldn’t find an enrolment number.”

According to their records, the crash happened on June 30, 1968, and killed three Zurich residents.

The casualties included a secondary school teacher, the hospital chief physician and his son.

Their bodies were retrieved and taken to the village of Lauterbrunnen in a Swiss Air Rescue helicopter.

The Aletsch Glacier is the largest and longest glacier in the Alps in terms of area and is located on the south side of the Jungfrau.

In addition to the wreckage, witnesses found at least two skeletons separately, state reports, one of which is presumed to be German millionaire Karl-Erivan Haub, 58.

The businessman disappeared under mysterious circumstances after going out on a hike in April 2018 in Zermatt, Switzerland.

Other possible victims include Japanese resident Junko Sato, 28, who vanished in 2000, and Swiss-American hiker Matthew Nisly, 20, who disappeared in 2015.

However, Swiss media reported that Valais police’s list of missing people in the area is three pages long.