He then put her corpse in a suitcase which was found dumped in an undergrowth four days later.
By Simona Kitanovska August 15, 2022
Facebook
Twitter
Linkedin
Email 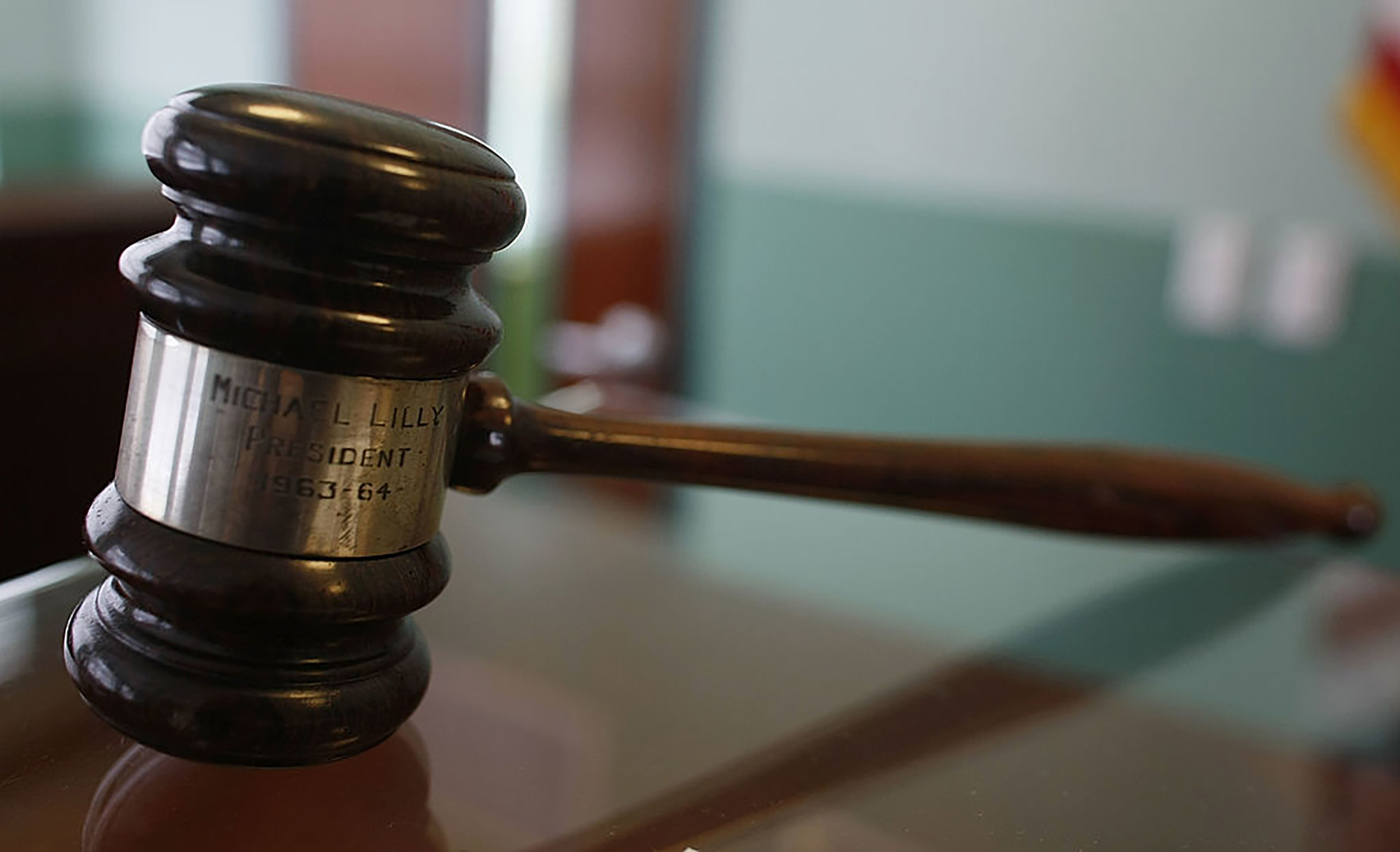 A judges gavel rests on top of a desk in the courtroom on February 3, 2009 in Miami, Florida. (Photo by Joe Raedle/Getty Images)

A husband who killed his new bride just days after their wedding after she asked for a divorce and then stuffed her corpse in a suitcase faces a life behind bars.

Thomas Nutt, 45, was found guilty on Wednesday, August 10, of murdering Dawn Walker, 52, by strangling her and hitting her over the head.

Nutt then put her corpse in a suitcase which was found dumped in an undergrowth four days later.

Dawn’s family cheered as the foreman of the jury returned a unanimous verdict of murder at Bradford Crown Court in Bradford, West Yorkshire in northern England, where Nutt muttered “f**k you” as he was taken to the cells.

Judge Jonathan Rose told Nutt, who appeared in the dock in a blue t-shirt and grey prison-issue tracksuit bottoms, that he faces life in prison.

But he delayed sentencing – where he will set the minimum term before Nutt will be eligible for parole – until Friday, August 19 at the same court.

Judge Rose told Nutt: “You have been found guilty by this jury on extremely strong evidence of the murder of Dawn Walker.

“The only sentence available is a life sentence, however I will need to set a minimum term.

“You will be sentenced here on the 19th. You will appear here in person for sentence and I will set the term then.”

Prosecutor Alistair MacDonald had earlier told Bradford Crown Court how Nutt telephoned police on October 31 last year to tell them that his wife had gone missing.

He said Nutt had informed officers he’d earlier driven around Brighouse, West Yorkshire, with his stepdaughter, Keira-Lee, and her one-year-old, searching for their mother: his new wife.

But in reality, MacDonald told the court, Nutt had murdered her days earlier in his home in nearby Halifax, by hitting her in the head and strangling her to death.

MacDonald claimed Nutt then shoved Dawn’s body into a suitcase and went on a two-day trip to Skegness, a town in England’s east on the North Sea shore, before disposing of the bag in bushes behind his house.

And the court was later shown closed-circuit video footage of Nutt lugging a wheeled bag along a field before dumping it in the undergrowth, which prosecutors said had contained his wife’s body.

Speaking to the jury, prosecutor MacDonald said: “It is often said that someone’s wedding day and the immediate period after that is one of the happiest times of someone’s life.

“That was not the case with Dawn Nutt… because her body was found stuffed into a suitcase and dumped into some undergrowth in a field towards the back of this defendant’s house four days after she was married to him.

“It is the prosecution’s case that when he struck as he did, and strangled his wife to death, he intended, in delivering those injuries, to cause her at least really serious harm and that he is guilty of murder.”

The court heard that Nutt and Dawn were married on October 27 last year, but four days later, the groom had phoned the police to let them know she had disappeared.

MacDonald said: “The wedding had taken place on October 27, 2021, and the discovery of the body in the suitcase was made on October 31.

“The last sighting of her alive by friends or family, apart from this defendant, of course, was made by her maid of honor, and that sighting was between 10:30 p.m. and 11:00 p.m. on her wedding night.

“He told them that his new wife had left their house at about 09:30 a.m., to go and visit her daughter Keira at Wilkinson’s shop, in Brighouse, which was nearby, but she had never, in fact, turned up.

MacDonald told the court it was true that Nutt had spent the morning going to shops in the local area and had acted like a “distraught new husband.”

But in actuality, he said Nutt had already murdered Dawn by this point, before stuffing her body into a suitcase and hiding it in a cupboard in their family home.

He said: “The hard and stark reality, though, ladies and gentleman, is when he made those inquiries, with Dawn’s daughter and grandson, and when he made the call to the police telling them that she had disappeared, he knew perfectly well that her body was lying dead in a cupboard at the marital home.

“He knew she was there because he had killed her and he’d put her body there before stuffing it into a suitcase, breaking bones in order to achieve that objective before wheeling that suitcase to a place at which he dumped her body.”

MacDonald said Nutt had then asked a neighbor, Shane Barkham, to help with the search, and he even joked with them that people might assume he had killed his wife.

And later he returned to his home to put up some Halloween decorations, using police tape as part of the display, the court heard.

Prosecutor MacDonald added: “He said it was a good job that he had taken Shane with him to the cemetery otherwise people would think he was dumping Dawn’s body, and he started laughing.

“Having returned to his house, he then returned to work on the gazebo to put up the Halloween decorations there. Ironically as we say, some of the decorations were the police tape.”

The same day, Macdonald said police received a tip-off from a local solicitor that Nutt had confessed to killing Dawn and was turning himself in.

And after arriving at the police station at 5:13 p.m., he told officers that he had killed his wife when they returned from a two-day honeymoon to Skegness, Lincolnshire.

During his interview, MacDonald said Nutt had told police: “We got married on the 27th and went to Skegness in a layby for two days.

“We came back and she has got bipolar and is depressed. She said she wanted to get divorced.

“She put me in jail before, said I had tried raping and assaulting her. Said she was going to do it again.

“She started screaming, and I have hit her in the face and put my arm round her neck.”

But Macdonald told the jury that while Nutt had admitted to manslaughter, the prosecution did not accept this plea or what he had told police.

In fact, Macdonald told the court Nutt had killed his wife before he left for a two-day vacation, and had intended to kill her, and was therefore guilty of murder.