He was shot on the way back to the hotel with his family, by a stranger who had asked for a lift while they stopped for fuel.
By James King August 15, 2022
Facebook
Twitter
Linkedin
Email 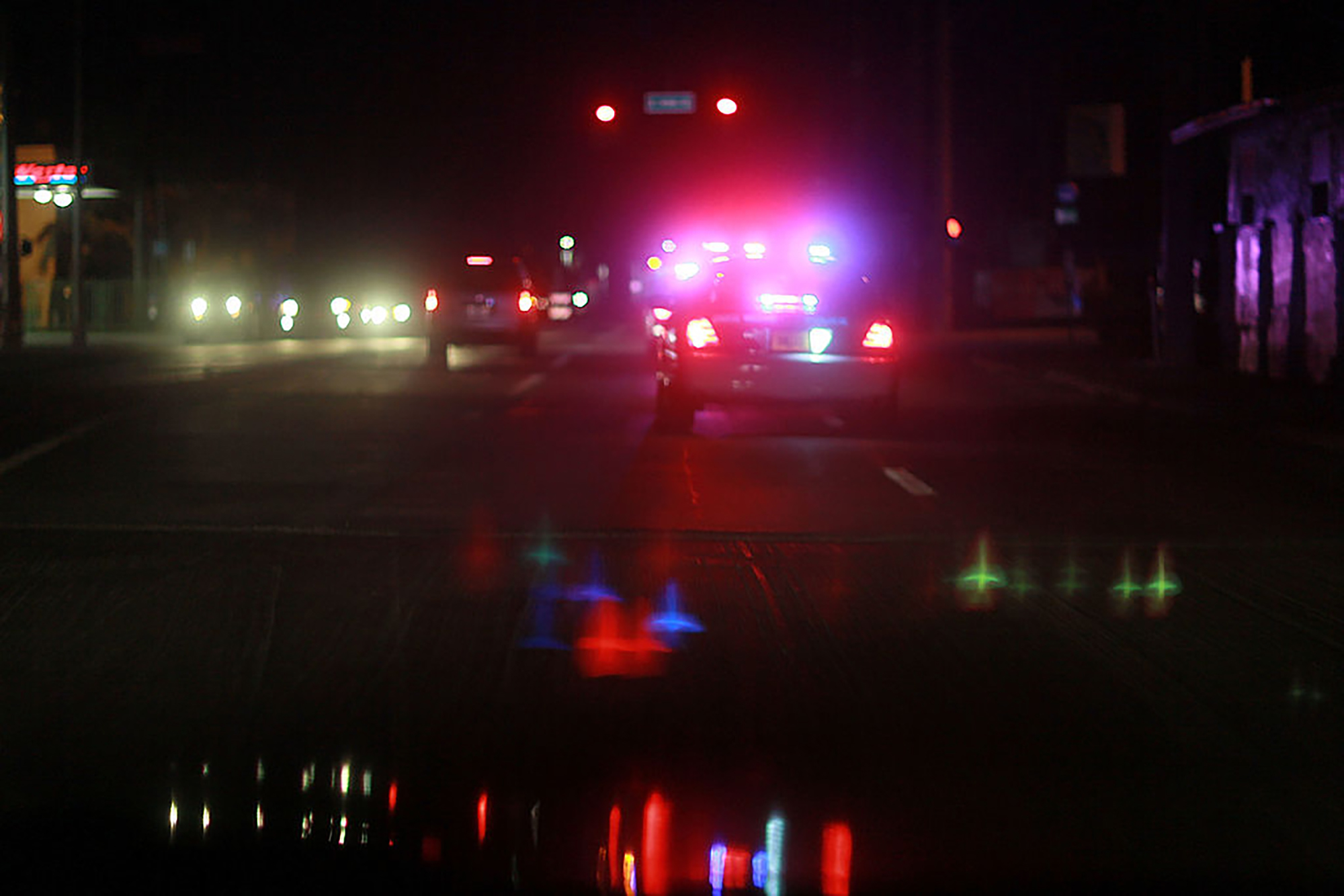 A City of Miami police car with lights ablaze responds to a call as they patrol the street on August 11, 2010 in Miami, Florida. (Photo by Joe Raedle/Getty Images)

A kind-hearted good Samaritan died in a hail of bullets in a suspected road-rage row after he dropped off a stranger who had asked him for a lift.

Victim Josh Wilson, 40, is said to have been shot eight times by suspect Quentin Ahmad Jean in a terrifying confrontation.

Closed-circuit video footage of the shooting has not been released by police in Myrtle Beach, South Carolina.

Wilson’s heartbroken widow Staci Wilson, 39, told local media: “One shot could have been, like, hey, I’m trying to scare you.

“But eight shots is meant to kill.”

Jean is currently in custody facing murder and firearms charges.

The tragedy began when vacationers Josh, Staci, and their son were on their way back to their hotel on July 5.

When they stopped for fuel, a stranger asked them for a lift.

After dropping his family at the hotel, Josh went back to collect the stranger, who police say was not involved in the shooting.

It is understood that Josh – from Parkersburg, West Virginia – was killed in a random road encounter with 35-year-old Jean.

Police found Wilson with bullet wounds in his crashed car at 1 a.m. on July 6, while Jean was traced the next day through roadside closed-circuit video cameras.

Wilson was rushed to the hospital but died after four days on life support.

Staci told local media: “I went to the beach with my husband and came back alone. He died a day before my birthday. People were telling me happy birthday, but I don’t care. I honestly never want to celebrate it again.”

Regarding Wilson’s generosity, she said: “I didn’t think anything of it because he does it all the time.

“He was always kind to everybody. It didn’t matter if you were homeless, a struggling addict, if you was rich.

“He was nice and he tried to help out everybody and that’s how we got in this situation.”

Myrtle Beach Police Department on July 7 charged Jean with murder, attempted murder, and possession of a weapon during a violent crime.

He is currently in custody without bail at a jail in Horry County.

Wilson and Staci had been married for almost a year and had been together for six years.

Staci told local media: “We were truly soulmates. I’ve been married before and it’s weird because I’ve never felt this connection that I felt with him.

“I can tell him everything and he told me everything. We were best friends and I felt 100 percent comfortable with him.”