He has been named Stanley after Mount Stanley, the tallest mountain in Uganda in Africa.
By Simona Kitanovska August 15, 2022
Facebook
Twitter
Linkedin
Email 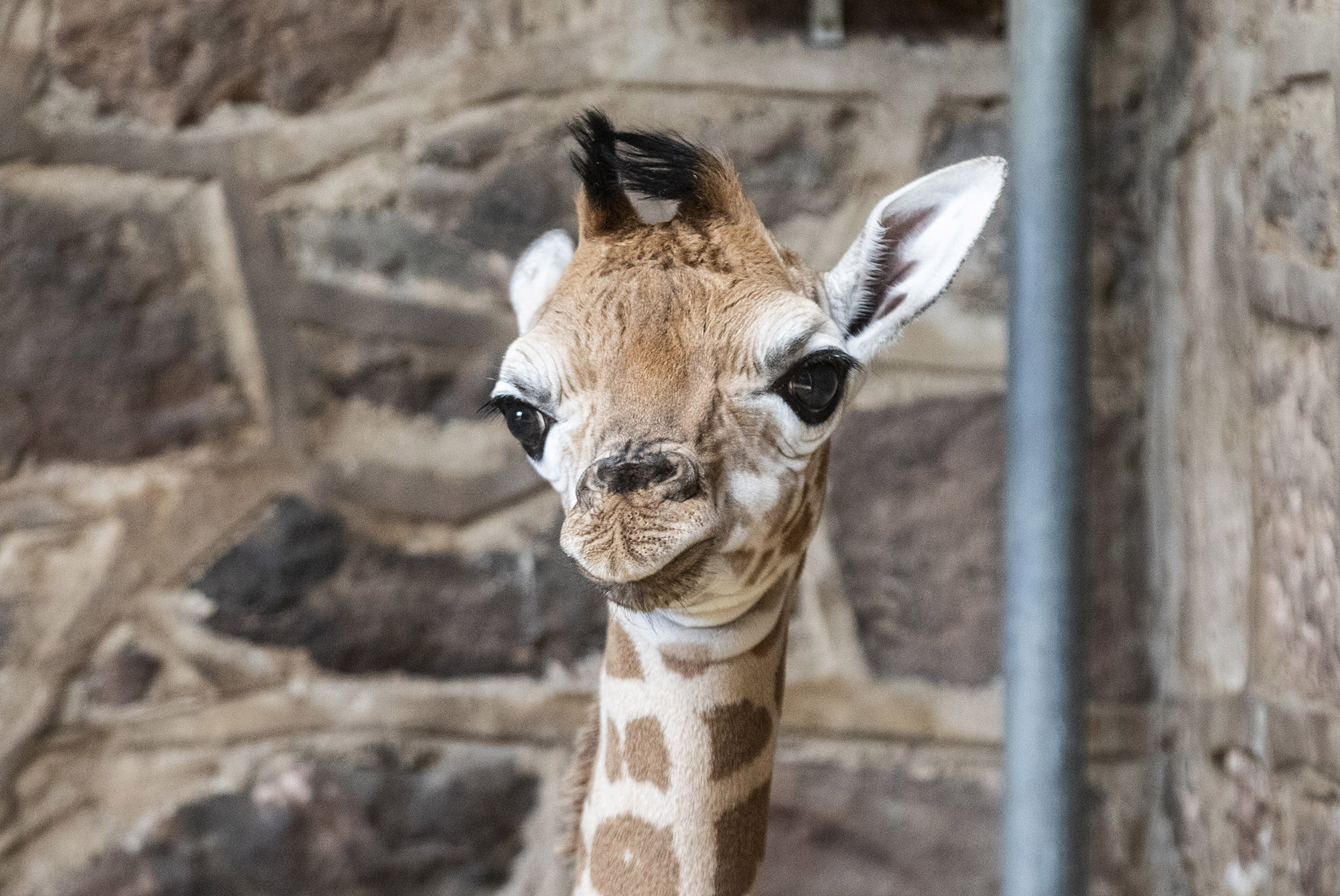 Stanley, a Rothschild giraffe, takes his first steps outside after being born on Saturday morning, August 6, 2022. (Lee Mclean SWNS,Zenger)

Dramatic footage has captured the moment an endangered giraffe makes its grand entrance into the world – by falling more than 6 feet to the floor.

Incredible CCTV footage shows the adorable newcomer – a Rothschild’s giraffe – fall onto a bed of soft straw, causing a bump that brought the rest of the herd to its feet.

The calf – born on Saturday at Chester Zoo – is tiny in comparison to mom Orla, but was born already towering above staff at 6 feet tall and weighing a whopping 158 pounds.

He has been named Stanley after Mount Stanley, the tallest mountain in Uganda in Africa, where the zoo’s conservationists are fighting to boost giraffe numbers.

The incredible CCTV footage also shows the moment the newborn stands up and takes his very first steps and enjoys his first feed.

Zookeepers say the first feed is vitally important for the bond between mom and baby.

Giraffes are listed as vulnerable to extinction by the International Union for the Conservation of Nature (IUCN) – the world’s authority on the state of the natural world.

Although Rothschild’s giraffe numbers are now increasing due to conservation efforts, fewer than 2,500 remain in East Africa.

Giraffe team manager Sarah Roffe said: “Mom-to-be Orla was stood next to Dagmar, another experienced mom, for the delivery as she readied herself for the final push.

“Her calf then arrived into the world with quite the bump, causing the rest of the herd to jump to their feet.

“The excitement of a new calf suddenly appearing shortly before 3 a.m. certainly gave everyone quite the awakening!

“This two-meter [6-foot] high fall is a really important part of the birthing process as it’s what helps to break the umbilical cord and stimulates the calf to take its very first breath.

“While tiny in comparison to mom Orla, her new arrival was born already towering above us at 6 feet tall and weighing a hefty 72 kilograms [158 pounds]!

“Following the dramatic birth, it’s vitally important that the calf gets to its feet quickly and ventures over to mom for its first feed – it’s these precious early moments that help to cement that special bond between the two of them.

“That’s exactly what occurred between Orla and her baby only minutes after his birth. It’s early days, but so far the calf is looking strong, healthy and very content, which is brilliant to see.”