The footage was obtained from the Ukrainian Navy on Tuesday, August 9.
By Joseph Golder August 12, 2022
Facebook
Twitter
Linkedin
Email 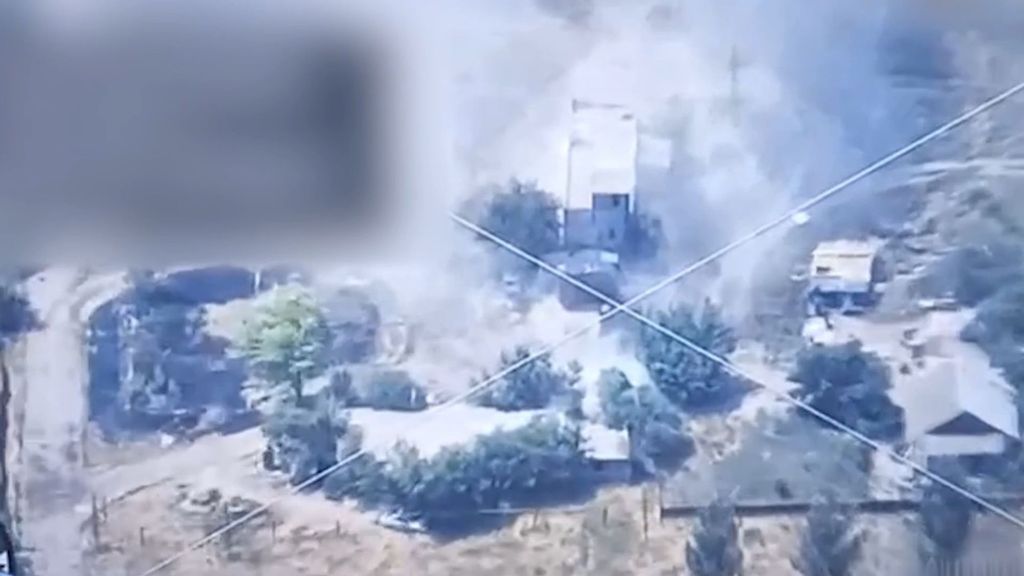 Navy artillery hits the Russian military positions in Donetsk direction in Ukraine on Monday, Aug. 8, 2022. According to Ukrainian authorities' Russian servicemen were killed during the attack.(@ukrainian_navy/Zenger)

These images show how Ukrainian marines and artillery units took out 16 Russian soldiers in the Donetsk region in occupied eastern Ukraine.

Other marines of the Ukrainian Navy also resisted a Russian push in the Kherson region.

The footage was obtained from the Ukrainian Navy on Tuesday, August 9, along with a statement saying: “On August 8, in the Kherson direction, servicemen of the military units and marine units of the Navy of the Armed Forces of Ukraine steadfastly and courageously resisted the Russian invaders on the fortified section of the front.

“In the Donetsk direction, marines destroyed 4 of the invaders.”

“Our artillery units then attacked the accumulation of manpower and equipment of the occupiers, as a result of which 12 Rashists were destroyed or wounded.”

They signed off with a “Glory to Ukraine!”