A new study has found that ejecting mucus is the oldest way for organisms to discharge waste.
By Simona Kitanovska August 12, 2022
Facebook
Twitter
Linkedin
Email 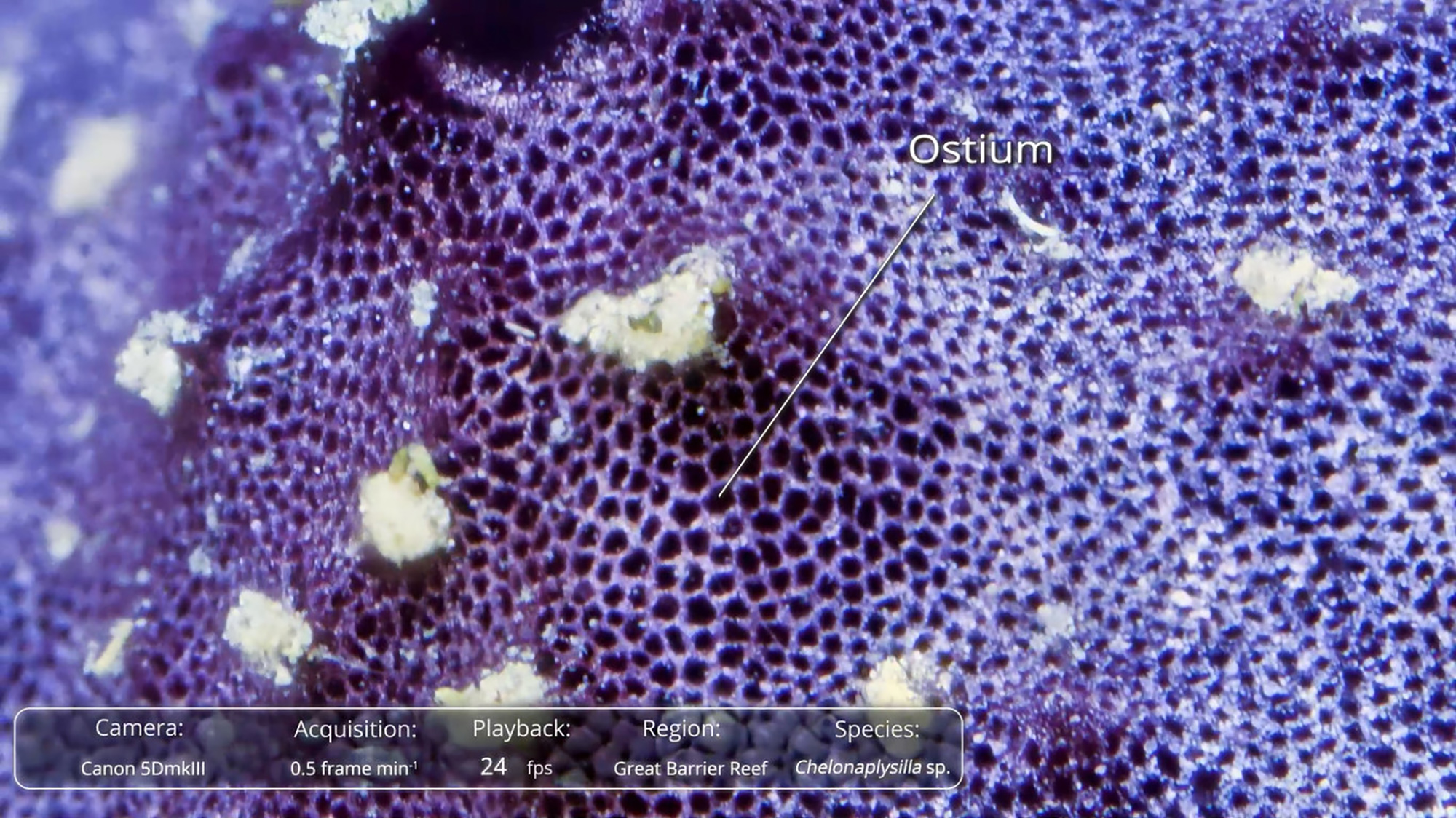 Time-lapse footage of the Indo-Pacific sponge Chelonaplysilla sp. New research has found that sneezing can be traced back more than 600 million years - to the humble sponge. (Current Biology,Kornder et al,SWNS/Zenger)

Sneezing can be traced back more than 600 million years – to the humble sponge, according to new research.

An involuntary release of air helps it get rid of irritants – just like humans, say scientists.

The immobile aquatic animal is our earliest ancestor. It has been around since the pre-cambrian – a kind of evolutionary dark ages.

Now a new study, published in the journal Current Biology, has found ejecting mucus is the oldest way for organisms to discharge waste.

It expels material sponges cannot use. What is more, unlike us, other animals who share the environment dine on it.

Sponges ‘sneeze’ to unclog internal filter systems that capture nutrients from the water. They have been around since the dawn of complex life.

Marine biologist Professor Jasper de Goeij, of the University of Amsterdam, said: “Our data suggest sneezing is an adaptation sponges evolved to keep themselves clean.”

They have dense yet porous skeletons and specialized cells highly adapted to their environments.

Prof. de Goeij said: “Let’s be clear – sponges don’t sneeze like humans do. A sponge sneeze takes about half an hour to complete. But both sponge and human sneezes exist as a waste disposal mechanism.”

As water passes through a sponge’s absorbent exterior it receives oxygen – and dispels waste.

Inside, tiny hairlike structures called flagella create currents to filter bacteria out of the cells and trap food within.

Strong skeletal structures help withstand the high volume of water that flows through them each day.

They draw in and eject it from different openings, and sometimes will suck in particles that are too big.

Prof. de Goeij said: “These are sponges; they can’t just walk to somewhere else when the water around them gets too dirty for them to handle.”

This is when the ‘sneezing’ mechanism comes in handy. The Dutch team captured on video mucus slowing being released through water inlets.

It accumulates at the surface of the sponge. Occasionally, tissue will contract and push the mucus into the surrounding water.

While it may be waste to sponges, the fishes who live around them think otherwise.

First author Dr. Niklas Kornder, from the same lab, said: “We also observed fish and other animals feeding off of the sponge mucus as food.

“Some organic matter exists in the water surrounding the coral reef, but most of it is not concentrated enough for other animals to eat. Sponges transform this material into eatable mucus.”

The study recorded ‘sneezing’ in two species, the Caribbean tube sponge Aplysina archeri and a member of the genus Chelonaplysilla from the Indo-Pacific.

Dr. Kornder said: “We actually think most, if not all, sponges sneeze. I have seen mucus accumulate on different sponges while diving and in pictures taken by other scientists for other purposes.”

But there are still many aspects of sponge ‘sneezes’ that remain open questions.

Dr. Kornder said: “In the videos, you can see the mucus moves along defined paths on the surface of the sponge before accumulating. I have some hypotheses, but more analysis is needed to find out what is happening.”

Sponges have no brains, neurons, organs or even tissues. But recent research has also found they carry the beginnings of a nervous system.

They have the genetic components of synapses. And their versions share startling similarities with those of humans.

Synapses are junctions between two nerve cells that allow them to pass signals to one another.

Added Prof. de Goeij: “There are a lot of scientists that think that sponges are very simple organisms, but more often than not we are amazed by the flexibility that they show to adapt to their environment.”

Sponges come in a wide variety of shapes and sizes – and are often mistaken for plants. Different colorations may protect them from the sun’s harmful ultraviolet rays.

There are around 8,500 living sponge species scientifically classified in the phylum Porifera.

They are completely distinct from corals which require saltwater to survive. Most sponges are found in the ocean.

They are important inhabitants of reef ecosystems. But others live in fresh water and even estuaries.