The footage was obtained from the Russian Ministry of Defense on Thursday, August 11.
By Joseph Golder August 12, 2022
Facebook
Twitter
Linkedin
Email 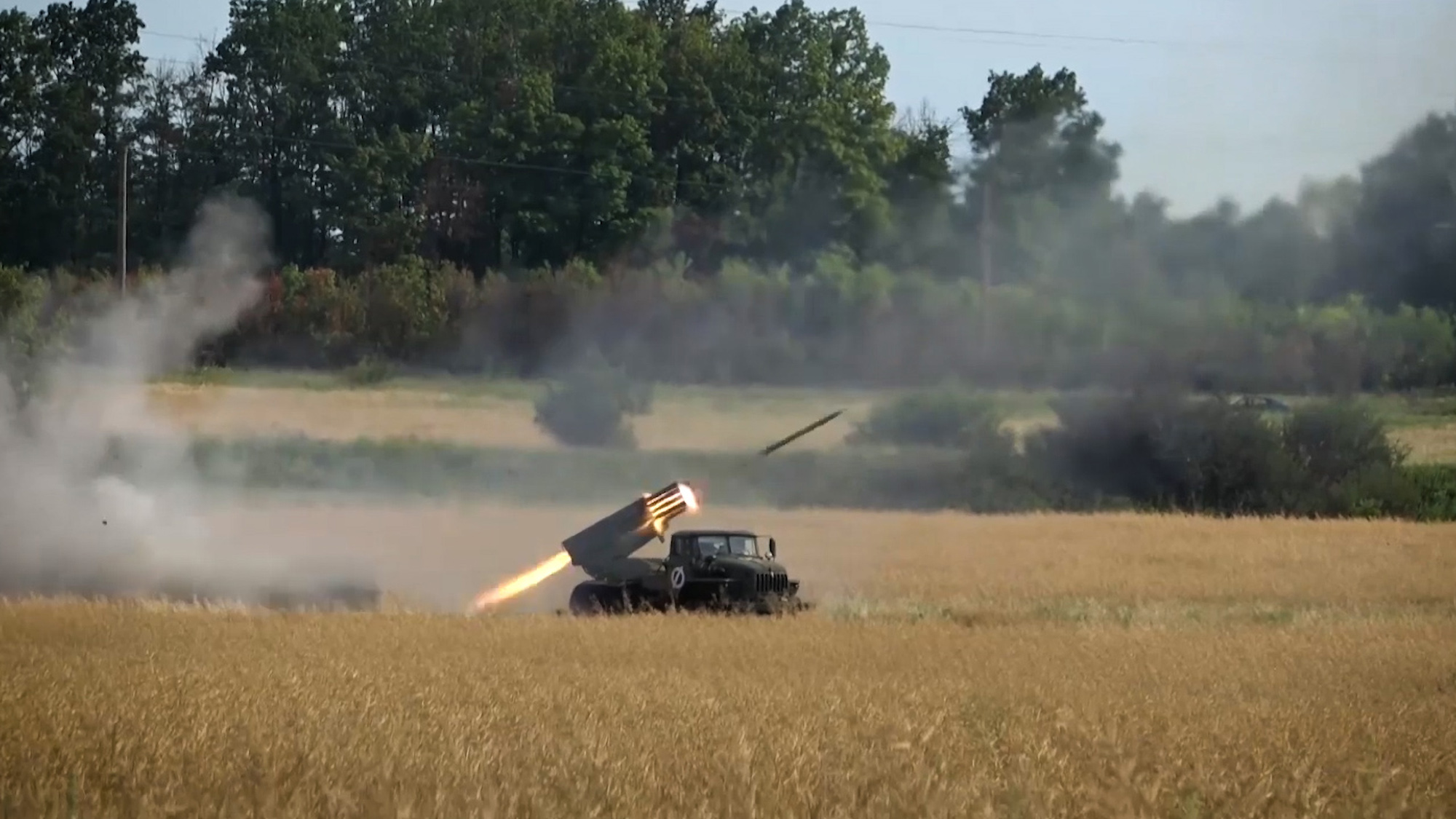 Russian artillery crew fires of Grad multiple launch rocket systems in Ukraine in undated footage. According to the Russian Mod a fortified warehouse, an electronic warfare position and 5 ammunition transport vehicles for American 155-mm M777 howitzers were destroyed during the missile strike.  (@mod_russia/Zenger)

The footage, obtained from the Russian Ministry of Defense (MoD), shows what appears to be a BM-21 Grad multiple launch rocket system, with ‘O’ symbols on its side and roof, maneuvering into position.

The ‘O’ is one of the symbols, as well as the letters ‘V’ and ‘Z’ that can be seen painted on Russian military vehicles taking part in the invasion of Ukraine.

Its weaponry can then be seen being deployed by two Russian soldiers before it fires a salvo of rockets. The footage then cuts to what the Kremlin claimed were its intended targets, filmed from high up above a forested area.

What appears to be footage from a drone shows multiple explosions in the forested area in what the Kremlin claimed were successful hits on Ukrainian targets, including ammo for American M777 howitzers.

The footage was obtained from the Russian MoD on Thursday, August 11, along with a statement claiming (in Russian) that the images show “live firing of Grad multiple launch rocket systems of a self-propelled artillery regiment of the Central Military District in the zone of a special military operation.”

The Russian MoD also claimed: “Having made a high-speed march to the starting positions from the combat duty area, the artillerymen of the Central Military District deployed and directed the Grad installations, according to intelligence from unmanned aircraft, at the positions of Ukrainian nationalists.

“During the missile strike, a fortified warehouse, an electronic warfare position and 5 ammunition transport vehicles for American 155-mm M777 howitzers were destroyed.

“Having completed the fire defeat of the enemy, the calculation changed its position, leaving from under a possible return fire.”