Having passed the entry exams for the course with flying colors, the young man is due to start the course in September.
By Simona Kitanovska August 12, 2022
Facebook
Twitter
Linkedin
Email 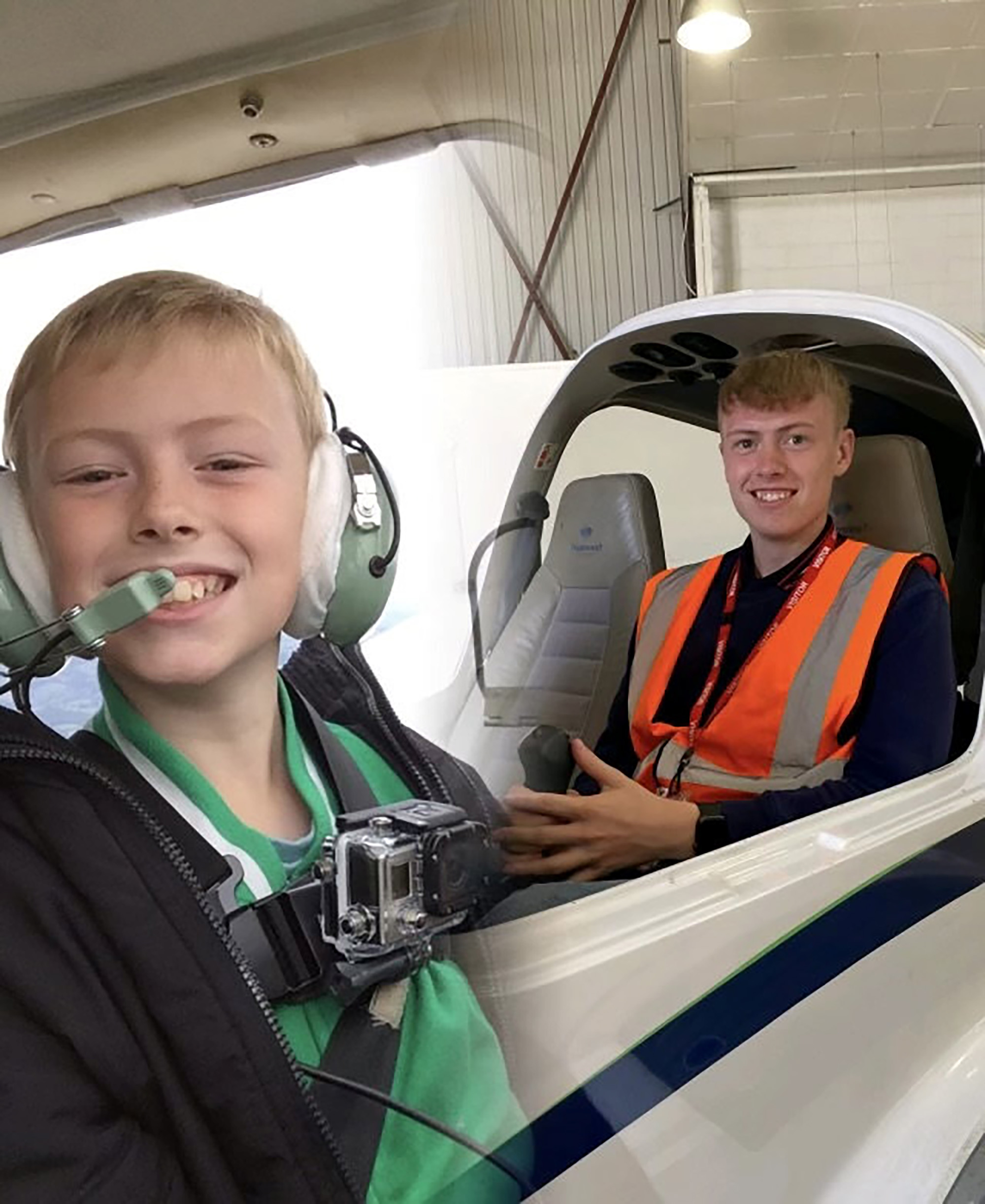 The family of a plane-mad teen are raising money to help him fulfill his dream of becoming a pilot.

Alex Rapson, 18, has been obsessed by planes ever since was was a kid – and was determined to be an aviator from 11.

But he now needs thousands of dollars to follow the career.

Dad Leigh Rapson says Alex worked hard to get his A-Levels and now needs to attend a flight school but courses cost around an eyewatering 100,000 British pounds ($122,000).

”It was in 2010 and my man treated us to a trip to Disneyland Paris.

”I can’t remember too much of the trip but I can vividly remember most things to do with the flight there and I quickly became obsessed with aviation.”

Alex said: “In my eyes, it’s a terrifying amount of money. It’s not affordable for families on lower income.

”That’s why I want to create a not-for-profit once I’ve passed my course and am in a job.

”I want to try and help other families who have dreams of becoming a pilot but are in the same boat where you don’t have access to tens or hundreds of thousands of pounds.”

Having passed the entry exams for the course with flying colors, Alex is due to start the course in September, if the money can be raised.

In a bid to do everything they can to help his parents have taken up extra part-time jobs to help raise the funds.

“I am beyond grateful for what my parents are doing. I honestly cannot thank them enough for the hard work they are putting into my dream.” Alex said.

Leigh added: “Since Alex was around seven years old he was fascinated with planes – anywhere we went.

”He said he wanted to be a pilot from a young age and his dream to become a pilot has never wavered.

”It is about trying to break that mold as well. It should be an accessible career.

“I hope people see that we are two parents trying really hard to make sure our son can do what he wants to do in life.

”That comes with our own sacrifices, and we have made big sacrifices to try and do it and don’t want people to think we are begging because we can’t be bothered.