Going Down Like The Ti-tank-ic: Russian Soldiers Drown T-72 Tank To Escape Shelling

The footage was obtained from the 53rd Separate Mechanized Brigade of the Ukrainian Ground Forces on Wednesday, August 10.
By Joseph Golder August 12, 2022
Facebook
Twitter
Linkedin
Email 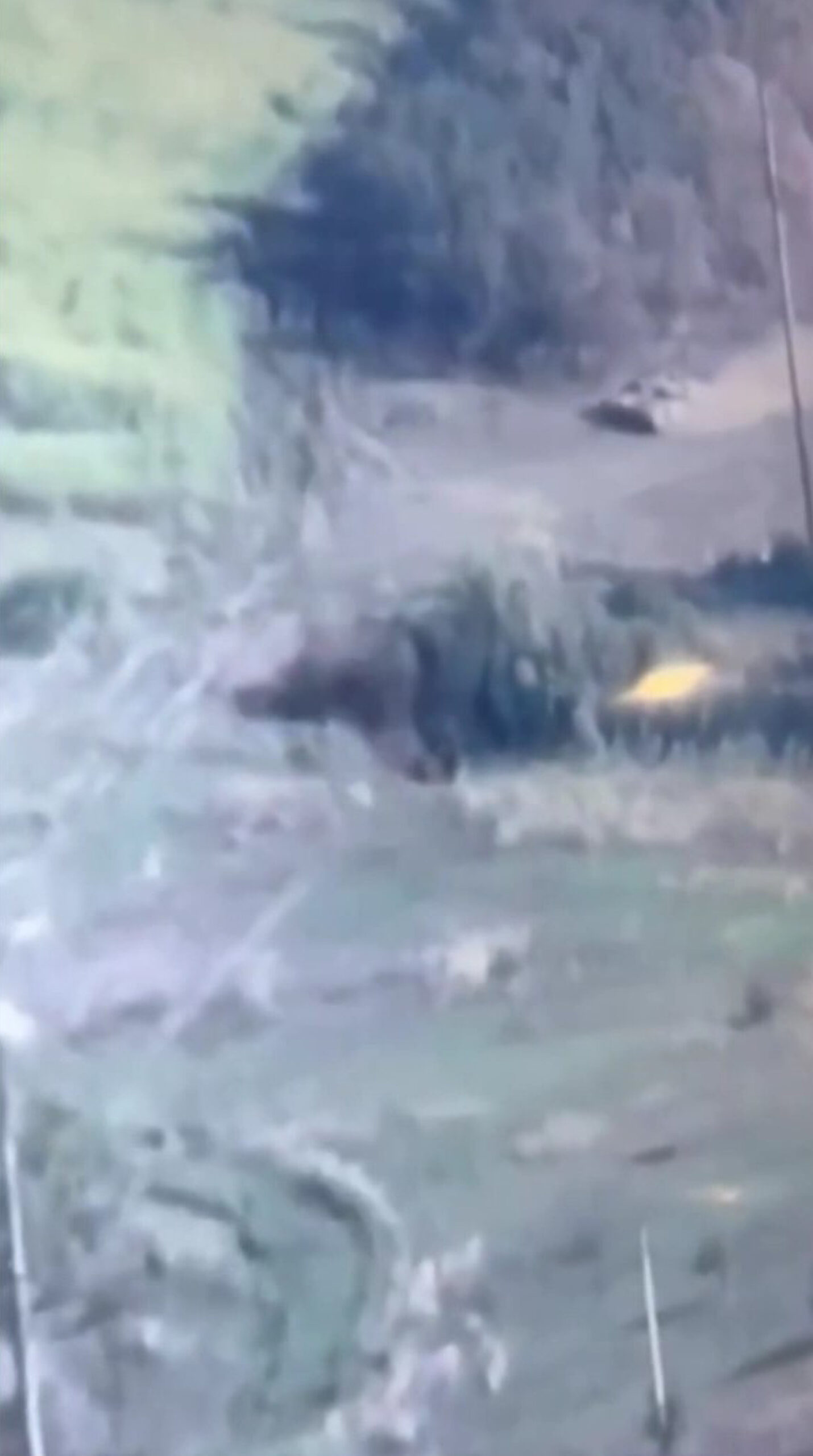 Russian Т-72 tank goes down the road in a field area, Ukraine in an undated photo. Fighters of the 53rd separate mechanized brigade named after Prince Volodymyr Monomakh continue to carry out combat missions and destroy the enemies of Ukraine.  (@53brigade/Zenger)

These images show panicked Russian soldiers driving their T-72 tank off a stretch of dirt road and straight into a pond to escape Ukrainian shelling.

The images show the tank driving straight off the dirt track and right into what appears to be a pond. A Ukrainian shell then explodes in the field behind the tank.

“Moskovian military jerks drowned their ‘noble’ T-72. They came to us from the bottom, and were departed to the bottom. And it is not for nothing that folk wisdom says ‘don’t jump into the water if you don’t know the ford.’ They swallowed Ukrainian water…

“We continue to carry out combat missions and destroy the enemies of Ukraine.

Ukrainian media outlet ICTV joked that the footage was more dramatic than the sinking of the Titanic.

Zenger News contacted the Ukrainian military and the head of the public relations service of the Ground Forces Command of the Armed Forces of Ukraine, Major Fityo Volodymyr, who confirmed that the footage was authentic and that the information was accurate.