Climate Rail Car Filters Out Greenhouse Gas Out Of Atmosphere

Hooking up rail cars incorporating the process may come as early as 2023, according to a new study.
By Simona Kitanovska August 12, 2022
Facebook
Twitter
Linkedin
Email 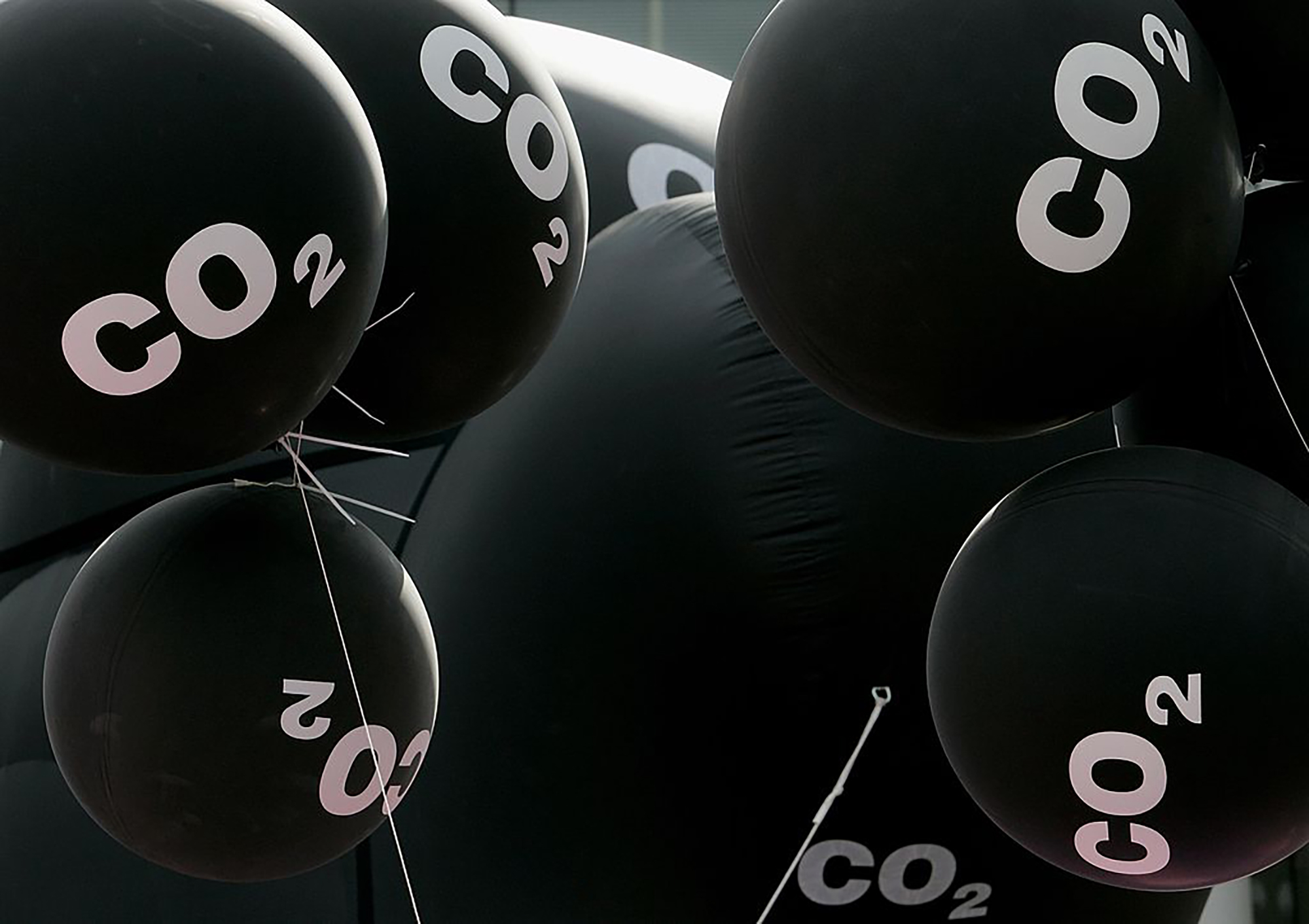 Greenpeace arranged balloons to demonstrate against CO2 emissions generated by cars during the IAA September 13, 2007 in Frankfurt, Germany. (Photo by Ralph Orlowski/Getty Images)

New technologies to reduce the effects of burning fossil fuels include an innovative approach developed by an international team of scientists, who have developed a railcar to capture carbon dioxide by a train as it moves down railways.

The process is known as “direct air capture,” which means filtering out CO2 – the principal greenhouse gas that is blamed for global climate change.

Hooking up railcars incorporating the process may come as early as 2023, according to a new study.

Climeworks already has technology to filter CO2 from the air in Switzerland that is then stored underground in Iceland. But because the process requires huge fans to draw air into the filter, it requires expensive energy.

But by putting the filters onboard regularly running trains, the wind generated by the train’s forward movement flows into the interior of a specialized railcar where a chemical process removes the carbon dioxide. Air free of CO2 is then expelled.

Onboard the railcar, resembling currently used tank cars, CO2 is collected and stored in a liquid form to be permanently stored underground, or used as raw material.

In a new study, published in the journal Joule, chemist Geoffrey Ozin of the University of Toronto reports that the energy needed for the CO2 filtering process would come from the train’s brakes.

The conversion of kinetic energy into electrical energy – known as regenerative braking — has been known for a long time but has untapped potential, argues the study’s authors. “That’s wasted energy,” said lead Eric Bachman. “Each full brake maneuver generates enough energy to power 20 average homes for a day,” said Bachman, who is also CEO of CO2Rail Company of Texas.

Bachman’s firm foresees building the first “anti-CO2 trains” by 2023 that would travel American railroads as part of the nation’s efforts to comply with 2015 Paris Agreement under the United Nations Framework Convention on Climate Change.
“One would only have to use what already exists,” said Ozin.

Each average freight train could remove as much as 3,000 tons of CO2 from the atmosphere per year, according to the study, which also calculates that when multiplied by millions of train journeys worldwide per day, the amount captured could come close to the gigatonne range.

The energy is self-generated and sustainably generated, say the study’s authors, and the costs are thereby moderate.

They calculate the cost at $50 per ton, as opposed to other direct air capture technologies that cost several hundred dollars .