The images were obtained from the State Border Service of Ukraine on Thursday, August 11. 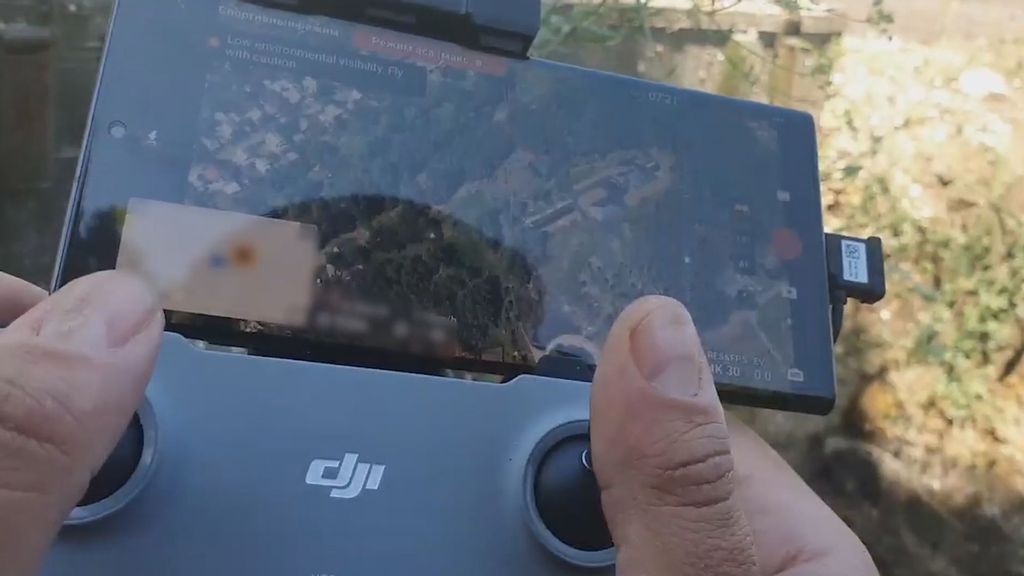 Ukrainian border guards manually operate with the drone in Ukraine in undated footage. The drones were donated to the border guards by volunteers. (State Border Service of Ukraine/Zenger)

These images show a border guard writing “for Ukraine” on a bomb before attaching it to a drone that then drops it on a Russian target.

The video shows the Ukrainian border guard, who has not been named, writing “for Ukraine” on the small bomb with a permanent marker.

The small unmanned aerial vehicle – which appears to be an upgraded commercial drone – can then be seen being deployed with two bombs attached to it.

The operator can then be seen setting up the drone’s controller using a smartphone. The controller has the DJI brand on it. DJI is a Chinese company that makes commercial drones.

The footage then cuts to the feed from the drone’s camera as it finds a Russian target.

After apparently locating one among some trees in an urban area, it releases its ordinance, which can then be seen exploding as it hits the ground.

The images were obtained from the State Border Service of Ukraine on Thursday, August 11, along with a short statement saying: “‘For Ukraine’: border guards work on the occupiers and their equipment.

“By the way, these ‘birds’ were given to us by volunteers. Our fighters thank you for your help in destroying the enemy. Together to victory!”

Zenger News contacted the State Border Service of Ukraine for further comment, as well as the Russian Ministry of Defense, but had not received a reply at the time of writing.