According to the most recent report on Climate Change published last year, human activity has already warmed the Earth by 33.9°F.
By Simona Kitanovska August 11, 2022
Facebook
Twitter
Linkedin
Email 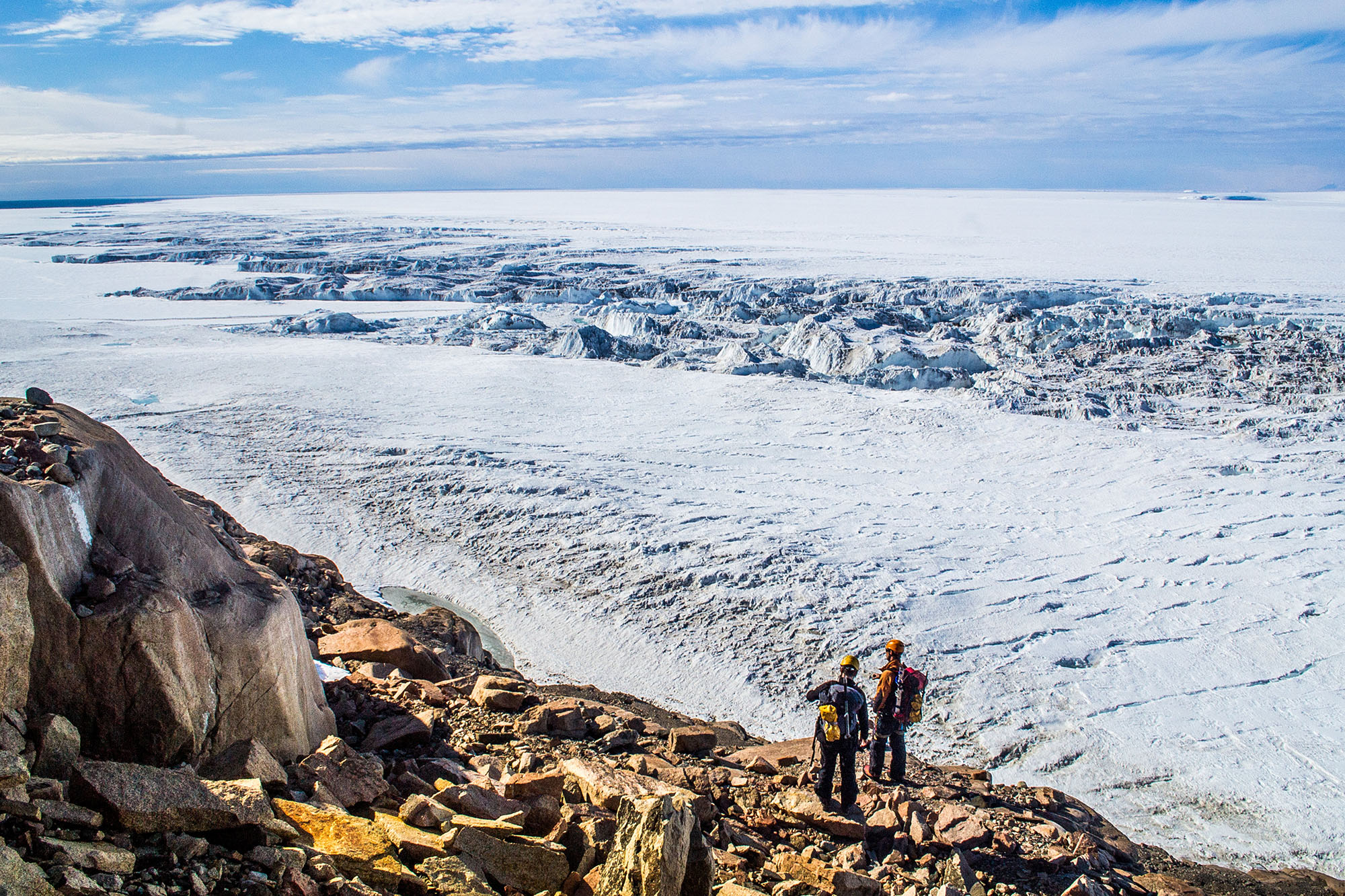 The world’s biggest ice sheet can still be saved if the average global temperature is kept below 35 degrees Fahrenheit, a new study revealed.

If the increasing sea level was slowed it would protect millions of people from the potential devastating rising oceans, experts said.

Researchers said keeping the Earth’s temperature below 2 degrees Celsius (35.6 Fahrenheit) could would see the ice sheet contribute less than half a meter (1.6 feet) to sea level rise by the year 2500, instead of the several meters predicted if temperatures surpassed the upper limit set by the Paris Agreement.

Professor Chris Stokes, lead author of the study from Durham University, said: “A key conclusion from our analysis is that the fate of the East Antarctic Ice Sheet remains very much in our hands.

“This ice sheet is by far the largest on the planet, containing the equivalent of 52 meters [170 feet] of sea level and it’s really important that we do not awaken this sleeping giant.

“We used to think East Antarctica was much less vulnerable to climate change, compared to the ice sheets in West Antarctica or Greenland, but we now know there are some areas of East Antarctica that are already showing signs of ice loss.

Made up of scientists from the U.K., France, Australia and the U.S., the research team assessed the sensitivity of the EAIS by looking at how it responded to previous warm periods, as well as examining where changes are currently occurring.

They then analyzed computer simulations made in previous studies to look at the effects of different greenhouse gas emission levels and temperatures on the ice sheet by the years 2100, 2300 and 2500.

The results, published in Nature, showed that if human-produced greenhouse gas emissions continue to heat up the planet beyond 2100, East Antarctica could add several meters to global sea levels over the coming centuries.

This would add to what is already melting from Greenland and West Antarctica and it would threaten millions of people around the world who live in coastal areas.

Professor Stokes added: “Restricting global temperature increases to below the 2 degrees Celsius [35.6 Fahrenheit] limit set by the Paris Climate Agreement should mean that we avoid the worst-case scenarios, or perhaps even halt the melting of the East Antarctic Ice Sheet, and therefore limit its impact on global sea level rise.”

According to the most recent Intergovernmental Panel on Climate Change report published last year, human activity has already warmed the Earth by 1.1 degrees Celsius (33.9 Fahrenheit).

However, if the target of the Paris Agreement is met, significant ice loss could be reduced or even prevented, keeping the EAIS’s contribution to sea level rise at about two centimeters by the end of this century, which is much less than the ice loss expected from Greenland and West Antarctica.

Some research has also shown that snowfall has increased over East Antarctica which, if it continues, would offset some of the ice lost in the coming century.

The researchers also reviewed how the ice sheet responded to past warm periods when carbon dioxide concentrations and atmospheric temperatures were only a little higher than they are now.

During these periods, the Earth warmed much more slowly than it is now and was therefore probably caused by the way it orbits the sun.

Because our planet’s temperature has risen so rapidly within the space of mere decades and only after humans started to burn fossil fuels, scientists are in no doubt that today’s warming is the result of human activity.

The last time that carbon dioxide levels exceeded what we have now – 417 parts per million – was around three million years ago during an era known as the mid-Pliocene.

Temperatures were only about 2-4 degrees Celsius (35 to 39 degrees Fahrenheit) higher than now (about where scientists expect us to be later this century) but global sea levels were 10-25 meters (32 to 82 feet) higher.

Evidence from sea-floor sediments around East Antarctica indicates that part of the ice sheet collapsed and contributed several meters sea level rise during the mid-Pliocene.

Even as recently as 400,000 years ago – a short period of time geologically speaking – there is evidence that a part of the EAIS retreated 700 kilometers (434 miles) inland after only 1-2 degrees Celsius (33 to 35.6 Fahrenheit) of global warming.

Professor Nerilie Abram, a co-author of the study from the Australian National University in Canberra, said: “A key lesson from the past is that the East Antarctic Ice Sheet is highly sensitive to even relatively modest warming scenarios. It isn’t as stable and protected as we once thought.

“We now have a very small window of opportunity to rapidly lower our greenhouse gas emissions, limit the rise in global temperatures and preserve the East Antarctic Ice Sheet.

“Taking such action would not only protect the East Antarctic Ice Sheet, but also slow the melting of other major ice sheets such as Greenland and West Antarctica, which are more vulnerable and at higher risk.

“Therefore, it’s vitally important that countries achieve and strengthen their commitments to the Paris Agreement.”