The lone American flamingo egg was initially placed in an incubator at the U.K.'s largest zoo after the parents ditched the nest.
By Simona Kitanovska August 11, 2022
Facebook
Twitter
Linkedin
Email 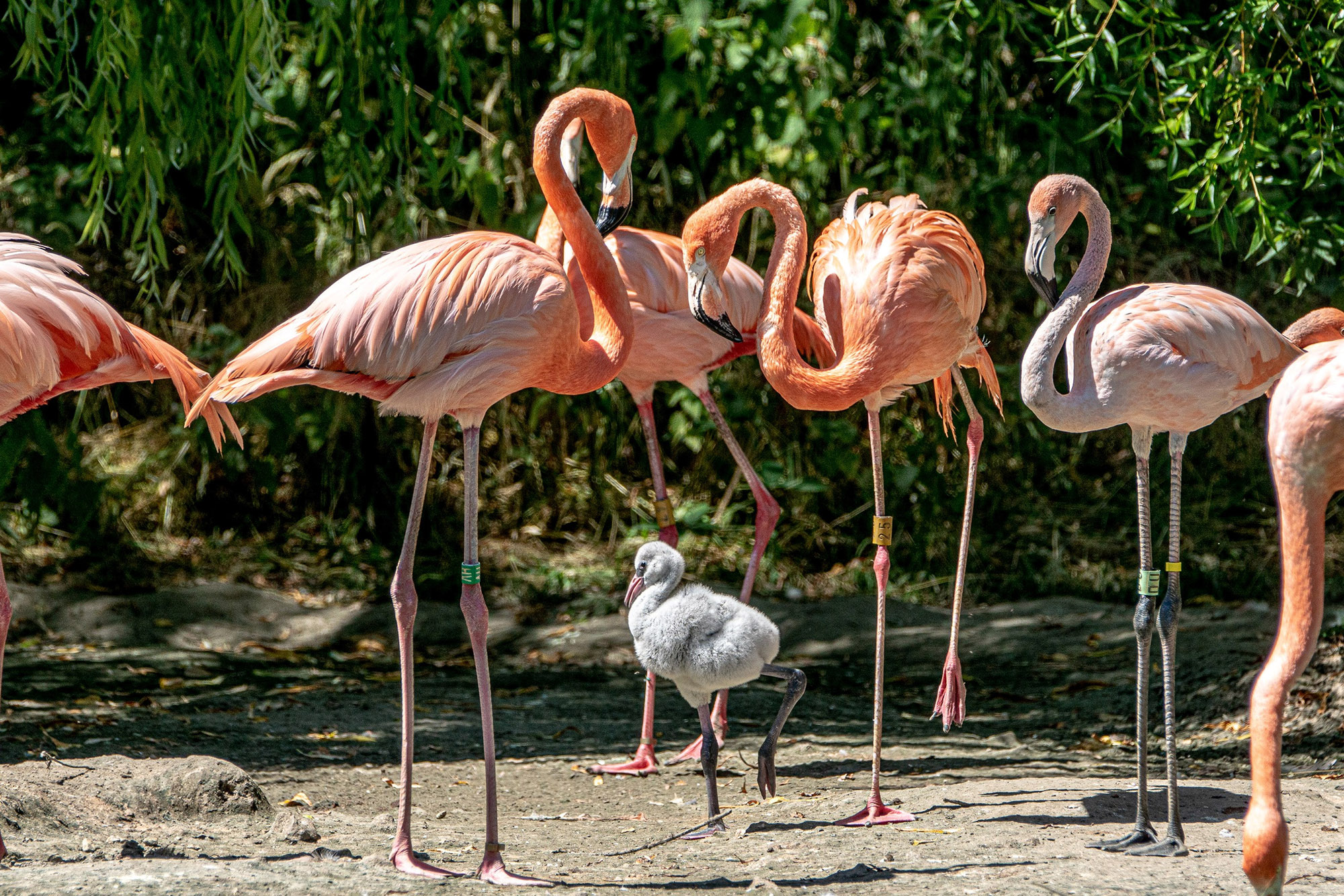 Two flamingo dads are successfully raising an abandoned chick after keepers placed it in their shared nest, at ZSL Whipsnade Zoo in Whipsnade, U.K. in an undated photo. Flamingo fathers Hudson and Blaze took the egg under their wings after it was rejected by its biological parents at the zoo. (ZSL,SWNS/Zenger)

Two male flamingos are successfully raising an abandoned chick after keepers placed it in their shared nest.

Flamingo surrogate fathers Hudson and Blaze took the egg under their wings after it was rejected by its biological parents at ZSL Whipsnade Zoo in Whipsnade, north of London, the United Kingdom’s capital.

The lone American flamingo egg was initially placed in an incubator at the United Kingdom’s largest zoo after the parents ditched the nest.

But keepers at the Bedfordshire zoo moved it into one shared by Hudson and Blaze – the best candidates amongst the whole ‘flamboyance’ – a group of flamingos.

They sat tight on the egg until it hatched and have been taking exemplary care of their new baby ever since, keepers said.

Bird team leader Tim Savage, said: “Flamingos usually work together, as a monogamous pair, to care for their eggs and subsequent chicks.

“Hudson and Blaze were the clear choice for the incubated egg, as they have always proved to be ideal parents.

“After the chick hatched in their nest, they sat with it for two weeks, keeping it warm and protecting it from other flamingos, who often squabble and shove around different nest sites.”

The baby chick is currently being raised on ‘crop milk’ produced by the male couple using the same hormone that regulates milk in mammals.

It is stimulated by the mother or father’s experience of sitting on an egg and watching the chick hatch.

Tim added: “Fluffy grey flamingo chicks are fed with bright red “crop milk,” which is made by both male and female parents.

“It is made in the linings of their digestive tract, and contains fat, protein and blood cells.

“You can often spot the new parents in a group, because they give so much of their own pigment to their chicks that they almost turn white!”

Same-sex flamingo pairs have been encountered before at the zoo, as have trios whereby a mixture of male and female birds share one nest.

Penguins are also known to form same-sex pairings during the breeding season.

Numerous avian species rely on males to raise young chicks. Among them are the Sandhill Crane of North America, as well as Kingfishers.

The male American Robin may not brood eggs and chicks but instead brings nourishment to the hen in the nest.

Starlings take a shared approach of brooding, whereby males remain in the nest during the day and females take the night shift. Pigeons, Doves, and Sandpipers do much the same.

Male and female Woodpeckers share brooding during daylight, but the male takes over the warming of eggs at night.