The Truth About How Pets Are Loaded Onto Planes

This video has racked up more than 1.7 million views on TikTok and sparked a debate on pet air travel.
By Alice Amelia Thomas August 11, 2022
Facebook
Twitter
Linkedin
Email 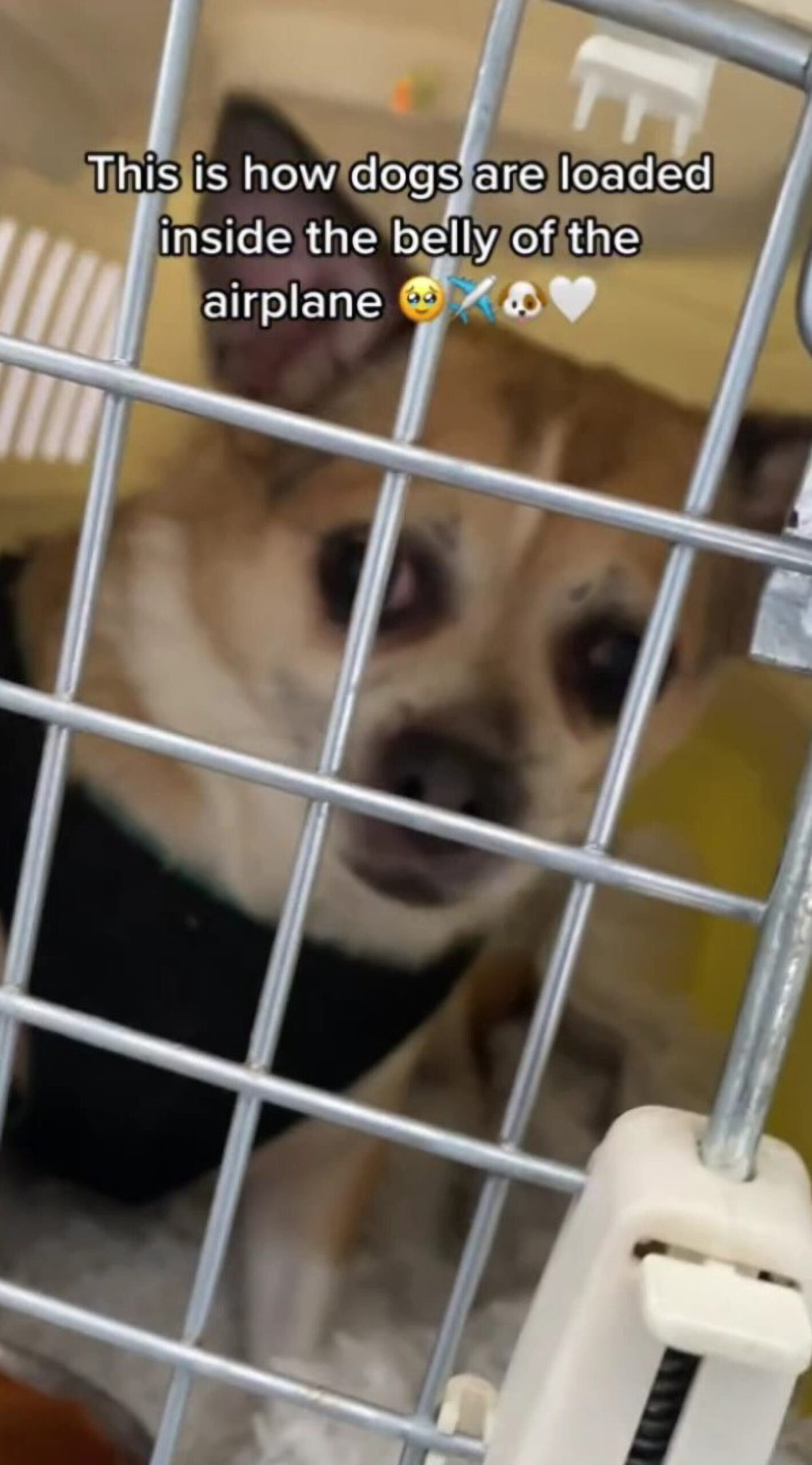 Dog being loaded in plane cargo hold in undated footage. This sparked a debate on pet travel over the safety of dogs.  (@djsugue/Zenger)

This is the moment a good-natured baggage handler demonstrates how pet dogs are strapped into plane cargo holds before flights.

The airport worker – known as Dj Sugue on TikTok (@djsugue) – creates fascinating videos about the behind-the-scenes secrets of airports.

In one of his latest clips -‘You ever wonder how dogs are handled at the airport’ – a cute dog in a carrier is strapped into the cargo hold of a plane.

Using a bright yellow belt, Sugue secures the carrier and says: “This is how you load a dog.”

Then he wraps the other end of the belt around his shoulders and laughs: “And then after, I also strap myself, as I will be flying with the dog. Woof woof!”

Sugue has been a baggage handler at Canada’s Vancouver International Airport for six years and many of his clips have gone viral on social media.

This video has racked up more than 1.7 million views on TikTok and sparked a debate on pet air travel, with more than 1,380 comments so far.

One user responded: “Here’s an idea get rid of first class and make it a pet-friendly section.”

Airport staff, as well as medical professionals, went on to add to the conversation.

One netizen stated: “I work at an airport and my office is beside the baggage hold and when I hear dogs whining and crying I get so sad.”

A hospital medic added: “We occasionally have pets brought to the ER by airport staff (immediately after landing) for heatstroke.”

One user wrote: “I could never be so heartless as to put a pet on a plane like that.”

Another added: “Show us how a nice lightweight wheelchair is loaded and secured ‘cause mine has gotten destroyed & replaced 3 times in 1 year.”

According to a report based on data from the US Department of Transportation (DOT) released last year by HonestPaws – an American business that creates premium products for pets – 250 pets died during or immediately after airline travel between 2010 and 2020 in the USA.

Twenty more animals were lost, while 170 more were injured.

The report included a list of the top offending airlines which included United, Delta, Alaska, American Airlines and Hawaiian Airlines.

Despite this, Sugue has argued in the comments section that conditions vary from airline to airline.

Some allow pets to sit next to their owners on the plane for an additional cost.