The teenager said she was experimenting to see how the microwaves would affect her food.
By Alice Amelia Thomas August 11, 2022
Facebook
Twitter
Linkedin
Email 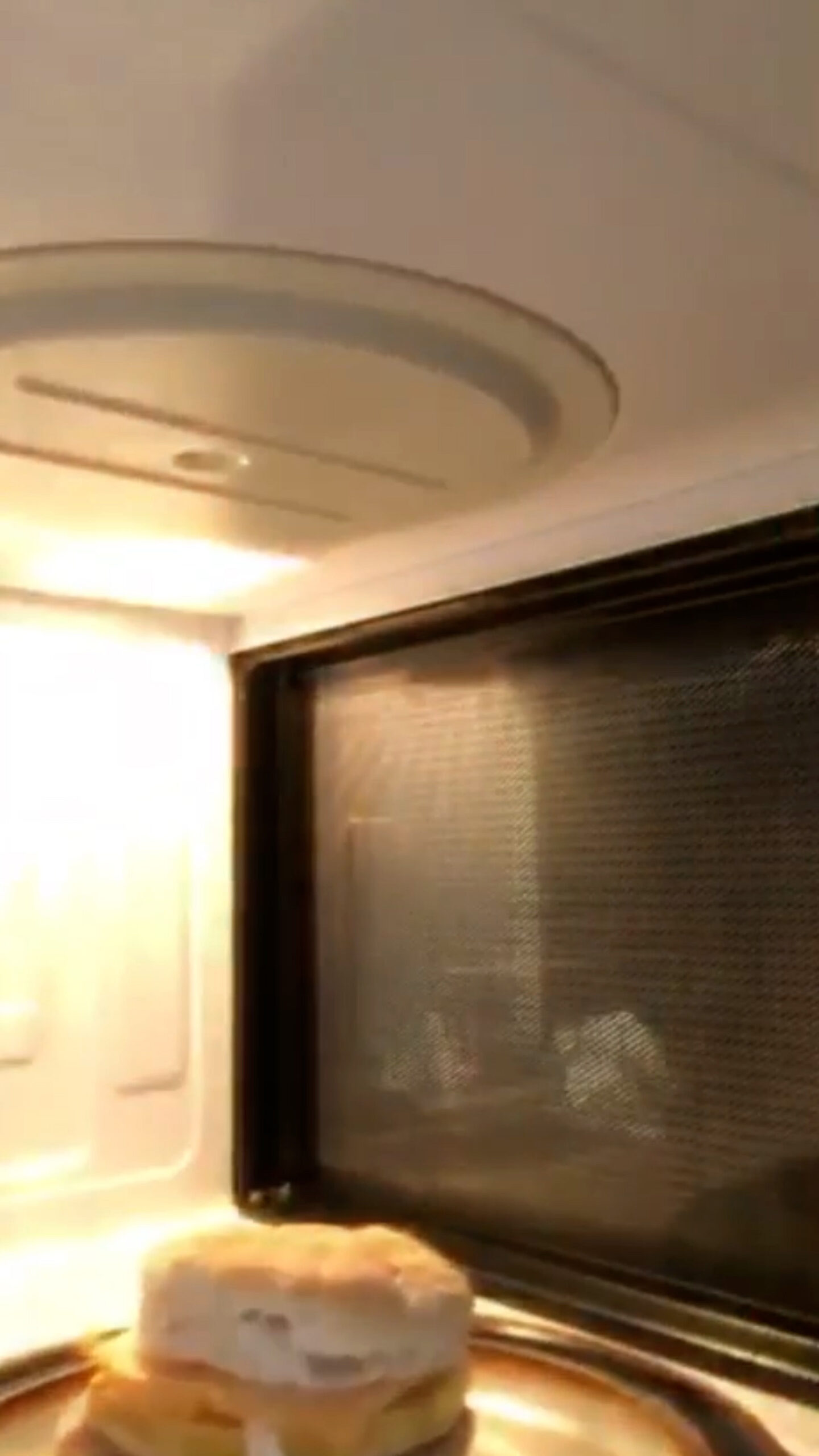 TikToker, Susana Kisena, microwaves her iPhone in her home in 2016, in Euless, Texas. She stated that her iPhone was fine afterward and had only needed a few minutes to cool down. (@susanakisena/Zenger).

A teen TikToker has been mocked on social media after she microwaved her iPhone to watch a sandwich cook.

Susan Kisena – 18, from the city of Euless in the U.S. state of Texas – describes herself as a goofy and kind person who loves singing and playing the guitar.

The teenager said she was experimenting to see how the microwaves would affect her food but the stunt left many watchers wondering if she was simply one sandwich short of a picnic.

In the footage, she is seen placing the smartphone at the back of the oven and then pressing the start button.

But within three seconds the phone’s screen fills with static and by five seconds it has gone dark.

The teenager admitted in an interview with Zenger News that she’d faced ridicule over the stunt.

She said: “There’s a lot of hate on this but I don’t even blame the people, it was a very dumb decision.”

Kisena explained that the footage was shot in 2016 and revived for TikTok.

She said: “This video was really only saved for myself and I found it recently in my Snapchat memories and decided to repost it on TikTok.

Amazingly the video has received more than 381 000 likes and 3,178 comments on the social media platform so far.

One user responded, “I question our generation, I really do&mldr;”

While another replied, “But the window is already on the microwave so that you can watch it&mldr;”

Kisena shrugged off the mockery and claims her phone was still working afterward.

She told Zenger News: “It had only had some temperature warning.

“I just needed it to cool down a few minutes.”

Kisena forms part of Generation Z, which is made up of people born between 1997 and 2012.

Gen-Zers have their own particular brand of absurd humor, partly due to the rise of social media, which makes use of shock value tactics based around on themes like destruction.

Mika Lassander, a researcher at the Young Adults and Religion in a Global Perspective (YARG) project has questioned if Gen-Zers are the most scared generation as of yet, explaining that the sense of threat that most people in that age group feel on a continuous basis could leave psychological scars.

He added: “Generation Z has grown up with an intangible sense of global anxiety, distributed in fast-paced communications. This cannot help but affect young people’s subconscious minds.”