The bears were moved from Skopje Zoo in May but it is only now that they have been able to get to know each other.
By Joseph Golder August 11, 2022
Facebook
Twitter
Linkedin
Email 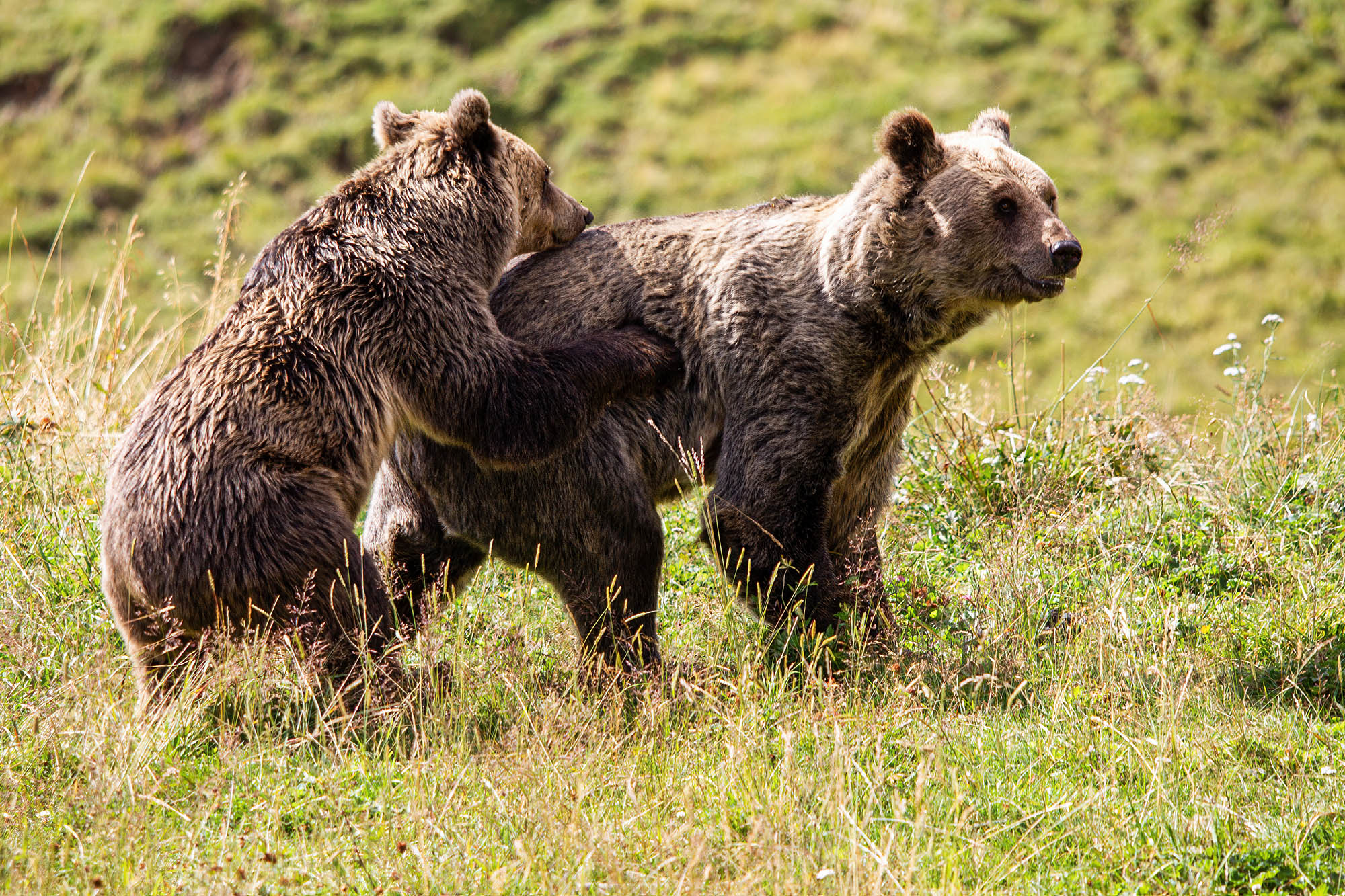 Photo shows the first contact between rescued bears Sam and Jamila in the Arosa Bear Sanctuary in Switzerland on Monday, Aug. 8, 2022. The two rescued siblings met for the first time ever after previously being kept separately in a zoo in North Macedonia. (Stiftung Arosa Baren, VIER PFOTEN/Zenger)

Two cute bear siblings that were kept separate at a zoo in the Republic of North Macedonia have met for the first time after being brought together at a sanctuary.

Adorable footage shows the bears playing together for the first time after they were moved from Skopje Zoo in the capital of North Macedonia to the Arosa Bear Sanctuary in the Alpine resort village of Arosa, in the Swiss canton of Graubuenden, by the global animal welfare organization FOUR PAWS.

The Arosa Bear Sanctuary said in a statement released on Monday, August 8, obtained by Zenger News that the images show the young bears, Sam and Jamila meeting for the first time.

The statement said that at first, the bears’ first encounter led to them being cautious, but they quickly got over it.

The statement said: “Sam and Jamila, the newest residents of Arosa Bear Sanctuary, met face-to-face for the first time today. Although the two are siblings, in their past they were kept separate at Skopje Zoo.

“When they met for the first time in Arosa, the two got a little shock and went into a bear-typical attacking position. However, this subsided immediately and a familiar, mutual sniffing followed.”

The bears were moved from Skopje Zoo in May but it is only now that they have been able to get to know each other.

“Today, Monday, August 8, 2022, the duo from North Macedonia had a big day socializing. At this important milestone, Jamila and Sam met face-to-face for the first time.”

The sanctuary added: “Although the two are siblings, in the past they were kept alone and separated from each other at Skopje Zoo. So today was not only an exciting event for the enthusiastic visitors, the animal keepers in the Arosa Bear Sanctuary were also curious about the reactions of the wild animals.”

Hans Schmid, the scientific director of the Arosa Bear Sanctuary, said: “We couldn’t predict whether the two would recognize each other as siblings or whether they would form a hierarchy typical of bears.”

Describing their first encounter, the sanctuary said: “When the shutter was opened at 10:00 a.m. and the mood among the spectators became somewhat tense, Sam was grazing peacefully and alone in the outdoor area.

“After a few minutes, Jamila also put her paws in the outdoor area. With her back to Sam and directly under the visitor’s platform, she lingered, relaxed. When Sam noticed the other bear, he moved towards Jamila in quick steps and nudged her from behind.”

Schmid said: “At that moment, Jamila got scared and went into the attack position, typical of a bear. But then she quickly realized that nothing would happen to her here, and so after the first few seconds of shock, the two of them got to know each other pretty well.”

The sanctuary said: “After the short fight with harmless paws, a friendly sniffing followed. The two wild animals seemed to be coping well with the new situation and already exuded a very familiar relationship in the eyes of the visitors on site.”

The sanctuary said that its goal is to “enable the animals to live their lives as bears as close to nature as possible”.

It continued: “This means that the bears do not have a separate habitat, but share it with their fellows. In order for all bears to have the opportunity to retreat at any time, it is part of the tried-and-tested socialization strategy in Arosa Bear Sanctuary that each bear can first get an overview of the structurally rich, natural terrain on its own.”

The sanctuary said that the rock formations, trees and caves in the nearly 7.5-acre outdoor area offer the bears plenty of places where they can find shelter.

The sanctuary said: “With Sam and Jamila getting together today, the two bear siblings have mastered another milestone in their new life as Arosians. In order to be able to keep all bears together in the future, the two will now be given some time and then socialized with the other two residents, Amelia and Meimo.

“A particularly exciting time is now following in the Arosa Bear Sanctuary. Guests can observe the future-oriented experiences of the bears from the visitor platform or the adventure path with the best view.”