The model says she has always loved dressing up in heels and makeup from a young age.
By Simona Kitanovska August 10, 2022
Facebook
Twitter
Linkedin
Email 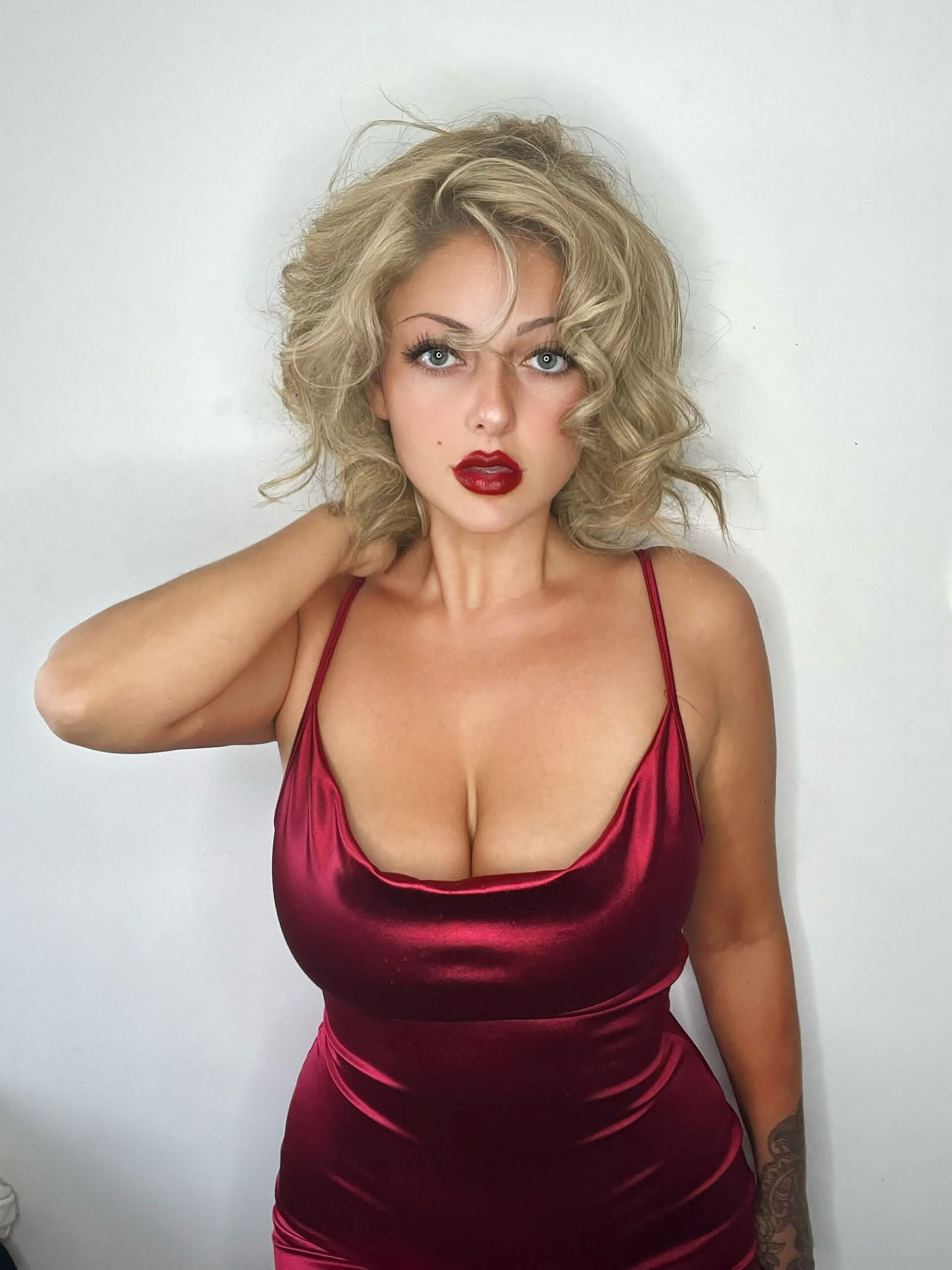 Marilyn Monroe-lookalike Leylah Dobinson, 23, poses in an undated photo. Dobinson says trolls have called her fake and even sent death threats over her looks. (Leylah Dobinson,SWNS/Zenger)

A Marilyn Monroe-lookalike says trolls have called her “fake” and even sent death threats over her looks.

Leylah Dobinson, 23, a model and content creator, has over 20,000 Instagram followers and says she has always been inspired by Monroe’s natural beauty and personality.

But she said this has left her victim to mean comments from detractors who say she is “fake” and a “narcissist” – and she has even received assault and death threats.

But she says that the abusive messages have only pushed her to work harder.

Dobinson said: “It’s happened multiple times where unknown accounts will message me saying ‘you deserve to be dead’ or ‘you’re ugly’ but it doesn’t bother me.

“It just pushes me to do more – without the haters I wouldn’t get anywhere anyway.

“Normally I don’t even open them.

“You feel so overwhelmed that someone can think that in their head and send that to you.

“They’re saying these horrible words and it can affect you mentally.

“It’s not a nice thing to read, but it just makes me stronger and makes me want to do even better in life.

“It’s sad that it affects people and gets people down when they receive these messages.”

The model, from Hastings, East Sussex, in England’s south, says she has always loved dressing up in heels and makeup from a young age.

Her mother told her she could be the next Marilyn Monroe.

In 2014, she was crowned Hastings Carnival Queen and credits the achievement with boosting her confidence and kickstarting her love for being in the limelight.

She began taking modeling more seriously in 2019, and she got her first paid modeling shoot in 2020.

Posting on Instagram to her 20,000 followers under the handle @missleylahlinda, Dobinson posts her normal modeling shots alongside pictures of her with curled blonde hair and red lipstick in Monroe’s signature style.

She says the iconic 50’s actress and model inspires her and that it’s her dream to be famous.

She believes the cruel messages she receives from bullies have helped her realize how far she has gone with her modeling career.

The model wants to let others who receive cruel messages know they shouldn’t worry about what other people think of them.

“I’ve always been quite a confident, strong-minded person so receiving these messages has made me realize how far I’ve got with my modeling now – it’s actually irritating people which I love, it’s annoying people which means I’m getting noticed,” said Dobinson.

“I think it’s a jealousy thing as well.

“I’ve received messages that say Marilyn was ugly, so when someone sees a beautiful person, they can’t say something good because it makes them feel better to say something negative.

“When you’re reading horrible words, visually you’re seeing that and thinking how can someone say such horrible things to you so yeah it does upset me in a way but I just try and let it go over my head.

“Personally, I feel sorry for the people that send them and just want to say that I wish them the best in life and ask what they get out of it.

“To other people who receive cruel messages I’d just say don’t worry about it, it’s okay to do what you want in your life so be happy and don’t worry about what people think of you – there’s never going to be another you so own it.

“It all started off when I was small – I always loved dressing up and putting on lipstick and heels and everything.

“My mom would say ‘you could be the next Marilyn Monroe my girl’ and when I was Hasting’s Carnival Queen eight years ago it was where I gained my confidence and started to love the beauty and limelight.

“I started doing modeling and now I’m starting to do influencing as well – everyday people come up to me when my hair is curled and say I look like Marilyn.

“I think ‘why not?’ I’m natural and now I’ve got my blonde hair back it’s got a bit of attention and I’ve always wanted to be in the limelight anyway – I love being around people and meeting new people.

“It’s always been my dream and passion to become a model, to be in the limelight – it’s my dream to be famous and I know I’ll make it one day.

“Marilyn has always inspired me because of her natural beauty and who she was as a person, everyone loved her for who she was.

“I don’t want to fully be her, she inspires me as a person – when someone says you look like as much of an icon as her it’s a compliment and I might as well use it and see where it goes.”