The footage was obtained from the NGO Aerorozvidka, which manufactures the drone and is affiliated with the Ukrainian military.
By Joseph Golder August 10, 2022
Facebook
Twitter
Linkedin
Email 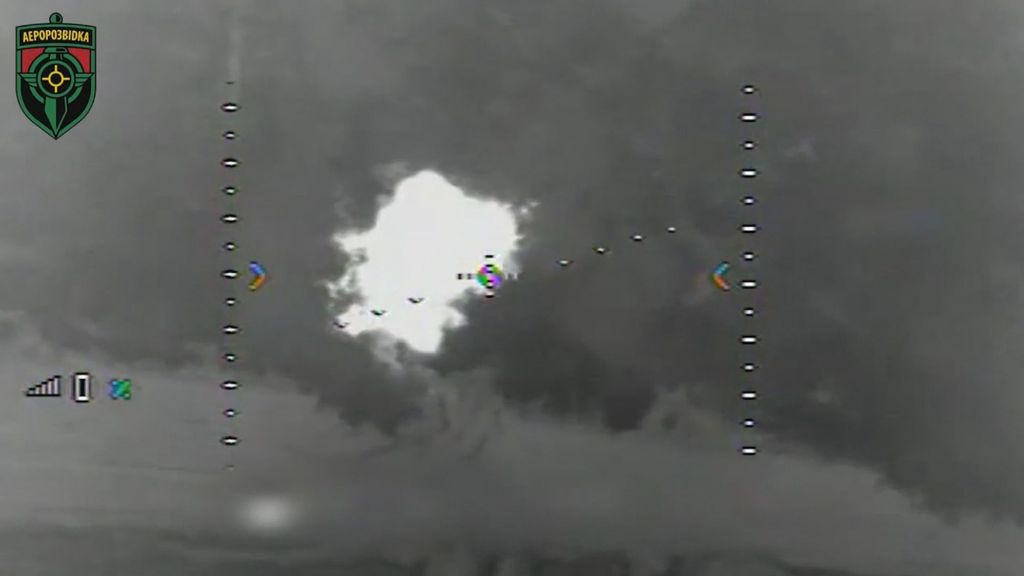 Russian military equipment burns and explodes after a Ukrainian R18 attack drone doped a bomb on it in Ukraine in undated footage. R18 drone is a completely custom model created in Ukraine by Aerorozvidka and uses domestic and imported components.  (@aerorozvidka/Zenger)

A Ukrainian R18 attack drone destroyed camouflaged Russian armor, as can be seen from these images.

The video shows the drone’s targeting system searching for the enemy before it locates the camouflaged Russian vehicle and drops a bomb on it, which explodes.

The footage was obtained from the NGO Aerorozvidka, which manufactures the R18 drone and which is affiliated with the Ukrainian military. They said in a statement on Monday, August 8: “Another camouflaged unit of the occupier’s equipment went to hang out with the Russian ship. The R18 combat drone worked as it should!”

It is understood that the ‘Russian ship’ is a reference to the Moskva, the flagship of the Russian Navy’s Black Sea Fleet, which sank on April 14. Ukraine said that it had fired missiles at the ship but Russia claimed that the vessel had sunk as a result of a fire that broke out on board.

The images were also relayed by the Office of Strategic Communications (StratCom) of the Armed Forces of Ukraine, along with a short statement on Tuesday, August 9, saying: “Ukrainian drone operators are always at their best. In the footage, a R18 combat drone destroys the camouflaged armor of the Rashists. You can’t hide from these guys!”

Zenger News contacted the NGO Aerorozvidka for further comment, as well as the Russian Ministry of Defense, but had not received a reply at the time of writing.