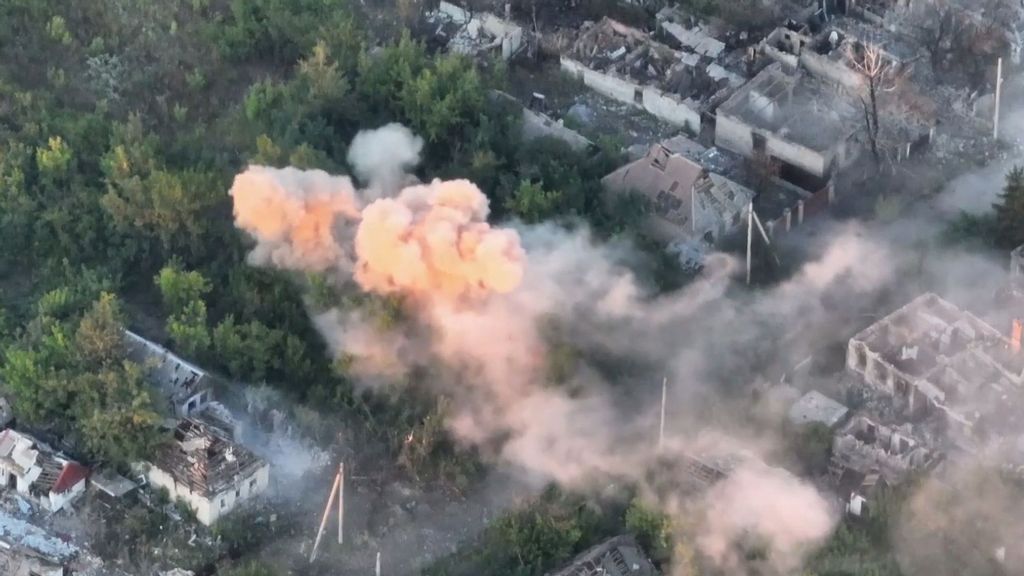 Russian soldiers made their way through a forested area to take shelter in a building but this does not stop Ukrainian marines from taking them out, as these images show.

The images show the soldiers entering the building before the area is hit by Ukrainian ordnance.

The building where the Russian soldiers were taking shelter is promptly destroyed in a series of explosions after being hit by numerous projectiles.

The images were obtained from the 503rd Separate Marine Corps Battalion of the Ukrainian Naval Forces on Monday, August 8, along with a statement saying: “Another action-packed thriller: ‘The Mysterious Story of the Disappearance of Russian Soldiers’. They hide, climb bushes… Well, they told you – we see you all. And if you can still go somewhere, it is only because we are waiting for you to gather in one place. And then – ‘You see – shoot!'”

Zenger News contacted the 503rd Separate Marine Corps Battalion for further comment, as well as the Russian Ministry of Defense, but had not received a reply at the time of writing.