These ‘forever chemicals’ take decades to break down in the environment and have contaminated drinking water worldwide.
By Martin M Barillas August 10, 2022
Facebook
Twitter
Linkedin
Email 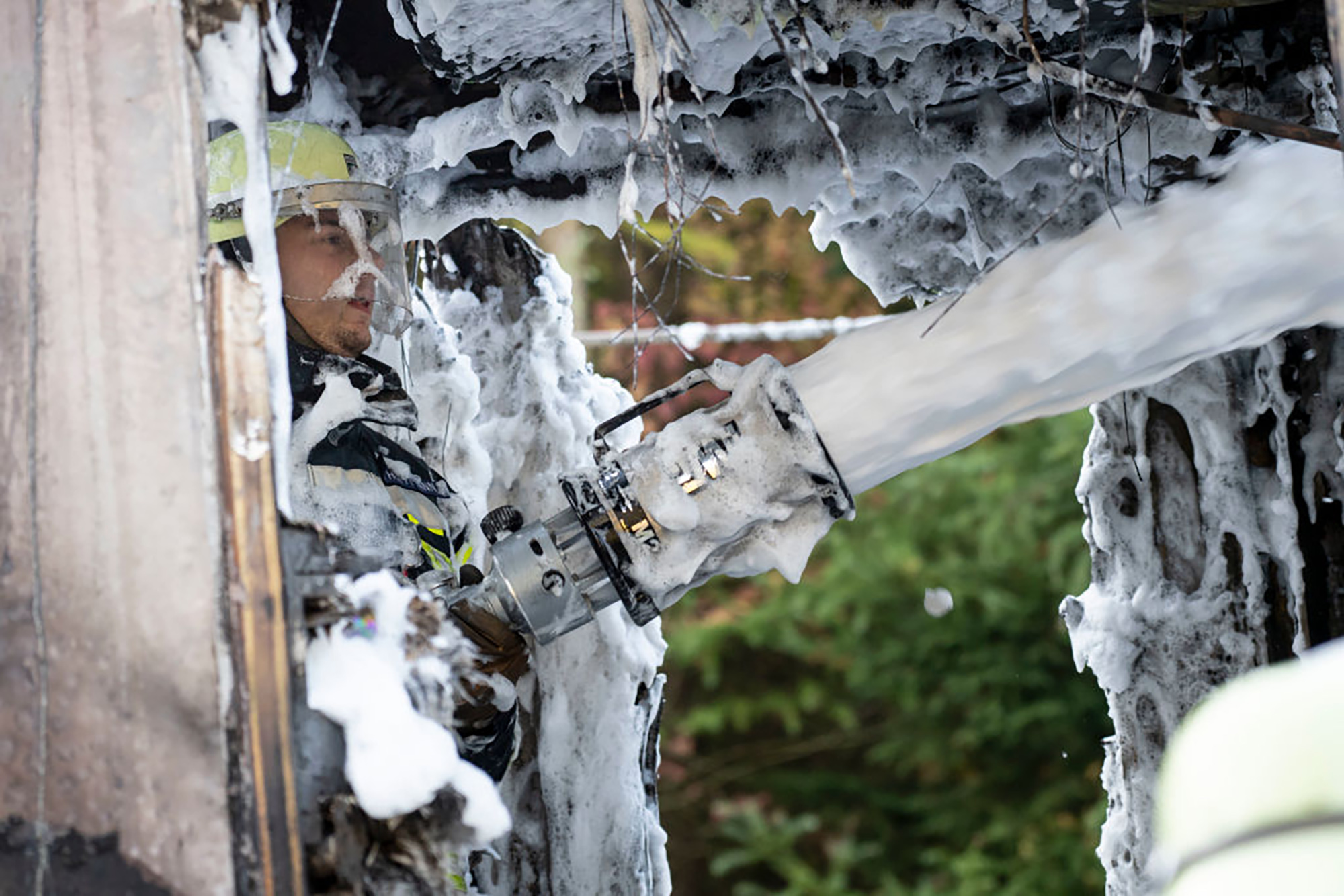 Firemen direct fire extinguishing foam into the burnt-out wreckage of a passenger car of an ICE high-speed train on October 12, 2018 near Montabaur, Germany. (Photo by Thomas Lohnes/Getty Images)

Unborn children may be at risk for diabetes and other metabolic conditions later in life when exposed to certain common pollutants, according to research by an environmental health scientist.

Alicia Timme-Laragy, who teaches at the University of Massachusetts-Amherst, has been examining the impact on the developing pancreas following in-utero exposure to two toxic per- and polyfluoroalkylated chemicals, commonly abbreviated as PFAS, found in waterproof and nonstick household products.

Another such chemical is aqueous film-forming foam or AFFF, used to fight flammable-liquid fires, for example at airports.

These ‘forever chemicals’ take decades to break down in the environment and have contaminated drinking water worldwide.

“A lot of people are working actively to understand what the long-term health implications are of these compounds,” Timme-Laragy said.

“Understanding the developmental origins of diseases like diabetes may help explain why the rates of diabetes and metabolic dysfunction are so high, and why they are increasing particularly in children and teens.

“Identifying risk factors such as toxicant exposures during critical periods of growth will be critical for effective interventions,” Timme-Laragy told Zenger News.

Timme-Laragy led a research team in using transgenic zebrafish to study the effects of these toxic chemicals on embryos.

“We are able to study in real time the effects on a very small subset of cells in live, transparent zebrafish embryos,” she said.

She said that she is excited to identify the functional impacts of toxic PFAS on the pancreas.

“We had previously identified changes to the way the pancreatic beta cells are arranged” when embryos are exposed to PFAS and other chemicals.

In humans, the pancreas functions to assist digestion and hormone levels. It is essential in regulating blood sugar levels. When the pancreas does not produce enough insulin, diabetes may result.

Timme-Laragy stated that the team will now examine what these malformations mean for “the ability to regulate blood glucose, and the ability of these cells to meet the needs of our western diet.”

The team will also examine PFAS mixtures, using a sample of AFFF foam containing unidentified PFAS chemicals, as well as perfluorooctanesulfonic acid or PFOS, which is another global pollutant.

One of the key findings made by the researchers is that oxidative stress caused by chemical exposure damages the embryonic pancreas.

Pancreatic malformations, which occur in an estimated 10 percent of the population, are associated with type 1 and type 2 diabetes, as well as obesity and pancreatitis. In zebrafish exposed to PFAS chemicals, they showed elevated levels of fructosamine – a biomarker of human diabetes.

“That certainly suggests to us that there are long-term implications for development of diabetes later on,” Timme-Laragy said.

While the research into effects of PFAS on the pancreas does not have current relevance for treatment of diabetes, Timme-Laragy said: “By understanding the molecular signaling pathways that are involved it will help aid in designing or selecting more tailored and hopefully more effective treatments.

“This is especially important for youth-onset type 2 diabetes, which does not respond very well to current treatments.”

Timme-Laragy also revealed that the team has numerous experiments planned for zebrafish and cell cultures.

“We want to understand the mechanisms involved within the beta cells and track individual fish that have malformed islets and see what are the effects on glucose homeostasis and the implications for overall growth and metabolism,” she said.

Ultimately, the researchers hope to predict the effects of other exposures once the cell mechanisms are understood, while adding to the evidence on the health effects of PFAS chemicals.

Numerous regions in the U.S. have seen increased concerns over PFAS chemical pollution.

For example, the Huron River, which runs through Ann Arbor, Michigan, has seen rising levels of PFAS that officials believe are coming from upriver.

Residents of the university town are cautioned about any foam that may appear on the river, and to avoid eating fish caught there.

North of Ann Arbor is the former Wurtsmith Air Force Base in Oscoda, Michigan, where the federal government is seeking to remediate decades of the use of PFAS chemicals used in fire retardants by Air Force personnel.

West of Ann Arbor is Rockford, Michigan, where ‘forever chemicals’ were found in groundwater. In 2011, local residents filed a petition with the U.S. Environmental Protection Agency alleging that a shuttered shoe factory was the origin of the PFAS chemicals.

In December 2021, the Michigan Department of Environment, Great Lakes and Energy found the related PFOS chemical compounds at 1,250 parts-per-trillion in groundwater near the Rogue River, which runs through Rockford and into Lake Michigan.