He had suffered minor injuries in the ordeal and had ingested lots of seawater.
By William McGee August 10, 2022
Facebook
Twitter
Linkedin
Email 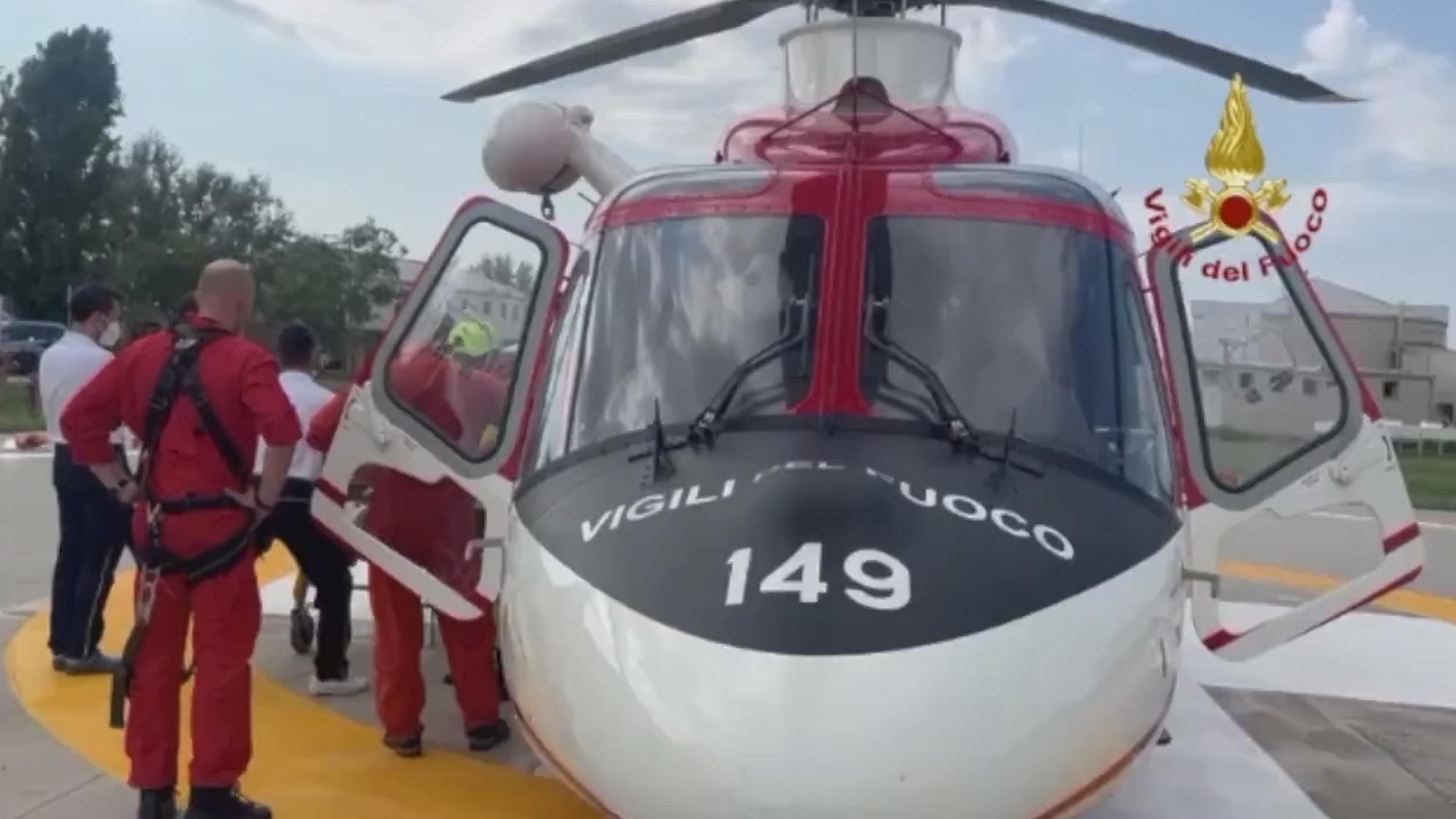 Video shows Mattia Veronese, 28, being taken to a hospital in Chioggia, Italy, Sunday, Aug. 7, 2022. He went missing in Porto Tolle after going for a swim with his friends on Saturday, Aug. 6, 2022.  (@vigilidelfuoco/Zenger)

A man who went into the sea for a midnight dip with friends and failed to return has been found after nine hours clinging to a rock.

Mattia Veronese, 28, had gone into the sea with three friends at Conchiglie Beach in Porto Tolle, northern Italy, at 1 a.m. on Saturday, August 6.

But, unlike his friends, Mattia failed to return to shore.

His pals raised the alarm and the Port Authority of Chioggia and the Fire Brigade launched a search for the missing man.

Despite huge waves making the operation difficult, a search and rescue helicopter spotted him clinging to rocks near Santa Giulia off the coast of Gorino di Goro – four miles south of where he had first entered the water – at around 10 a.m.

Exhausted but conscious, he was winched up to the helicopter and taken to a hospital in Chioggia, as seen in this footage, for a check-up.

He had suffered minor injuries in the ordeal and had ingested lots of seawater. He was kept in the hospital under observation.

Mattia explained how he had survived the rough seas by clinging to a log before the waves pushed him towards the shore, where he clung to the rocks.

Porto Tolle mayor Roberto Pizzoli said: “These have been hours of anguish for the family. I know them. The boys went for a swim on the free beach, but it is a dangerous area.

“Nine hours at sea is truly a miracle. Last year there were two drownings. I relived those fears, but luckily it ended well.”

In a statement obtained by Zenger News on August 7, the local fire brigade said: “The bather who disappeared last night in Porto Tolle, Rovigo Province, was found this morning.

“He was identified by helicopter pilots on a beach, after being dragged by the current, in the locality of Gorino di Goro. The 28-year-old was then transported to hospital in Chioggia.”

Mayor Pizzoli called on bathers to exercise caution at Conghlie Beach, stating that it can be dangerous because of strong currents produced by the mouth of the Po River and the Adriatic Sea.

He said, “In the past it is already been the scene of tragedies. Signs have already been installed last year renewing the call for caution.”

This summer, Italy has experienced extreme heat, wildfires, drought and declining levels of water in its rivers. City authorities have shut off sparkling fountains in some places to conserve water.

Along the Po River in northern Italy, once fertile fields that produced grapes, wheat, and rice have dried up as the drought continues.