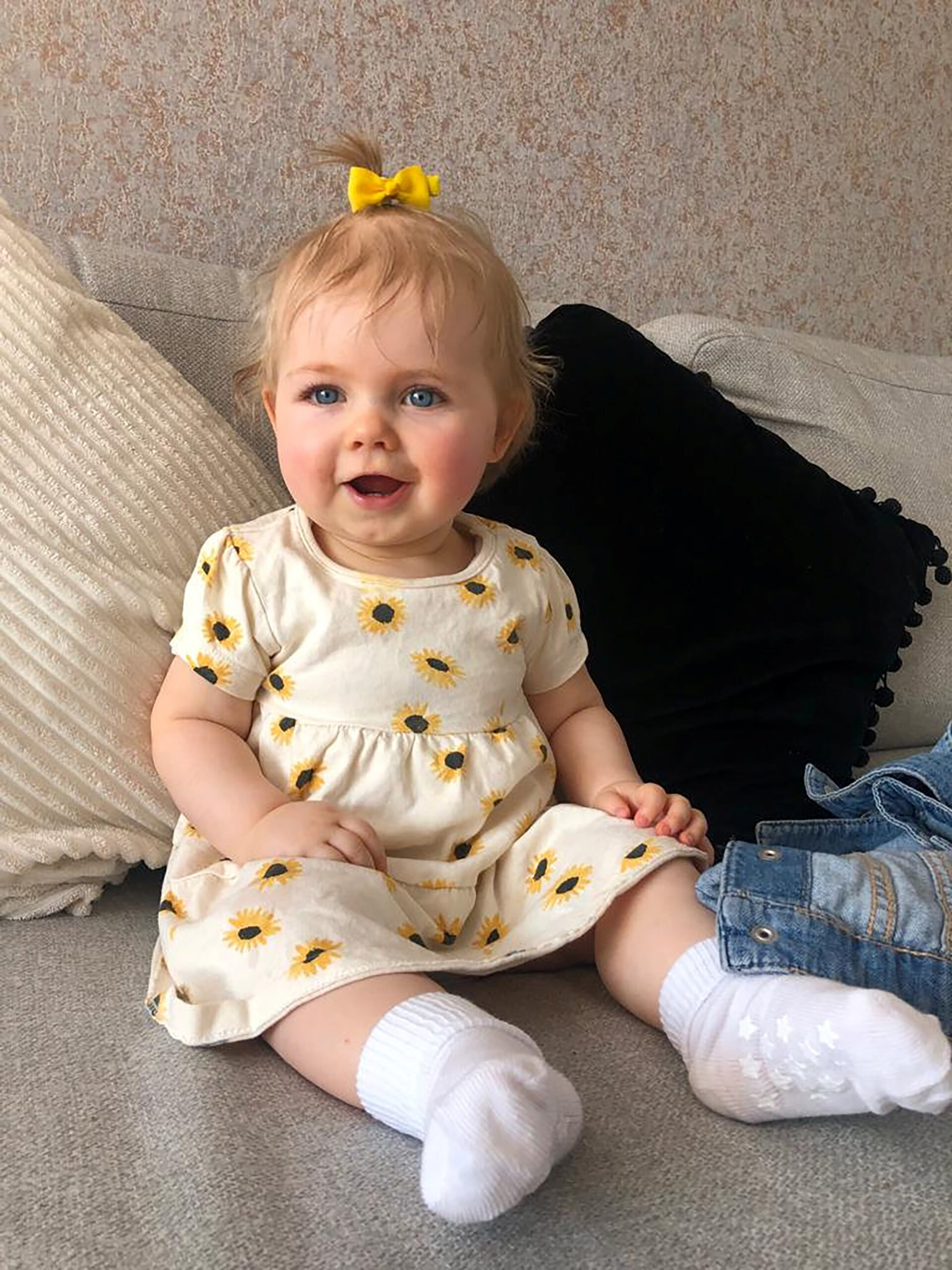 A child diagnosed with a rare form of epilepsy which causes her to have multiple seizures a day is to undergo life-saving surgery to detach part of her brain.

Thea Steele, aged 14 months, had her first seizure just hours after being born and was rushed into intensive care where tests revealed a condition called infantile spasms.

The condition can cause catastrophic brain damage if left untreated.

Little Thea was also diagnosed with extensive cortical dysplasia and intractable epilepsy, which left her resistant to medication – and suffering from seizures every day.

Physicians now hope a complex, 10-hour brain operation, that will involve separating the left side of her brain from the right, will give her the chance of a seizure-free life.

Mom Nicole Carr, 24, and dad Matthew Steele, 28, from Wishaw, North Lanarkshire, Scotland, said they don’t have a date for the surgery yet but hope it will be sometime in October.

Carr, who is a nurse, said: “Thea is our little superhero and we’re so proud of her.

“She suffers several fits a day, but nothing gets her down and she’s always smiling.

“The left side of her brain is abnormal, and we need to address the condition now before she gets any older.

“But still the thought of handing over my baby for such invasive surgery is horrible.

“Deep down we know this is her only chance to lead any sort of normal life.

“It’s a dangerous, major operation, but we hope it will give her freedom from fits.

“We just want to give her the best chance and we’re lucky to have such a fantastic medical team.

“Looking at Thea, you wouldn’t know anything is wrong, she just pushes through her seizures – she really is our little miracle.”

Thea is under the care of doctors at the Royal Hospital for Children in Glasgow, where she will undergo the complex procedure.

Surgeons will cut a band of thick fibers preventing the nerves from sending signals between the brain’s two halves.

It’s hoped this will stop the youngster from having seizures.

Carr said: “Thea spent the first nine days of her life in intensive care and doctors were initially puzzled as to what was causing her fits.

“When we got her home, she started making strange movements which appeared similar to a startle reflex – a typical motor response in babies.

“However, Thea’s movements came in clusters and became more and more frequent.

“Our nephew Jack had experienced something similar, so we spoke to doctors and an MRI scan confirmed Thea was a medical emergency and she was rushed back into hospital.

“The condition causes horrendous damage to the brain.

“We were lucky it was spotted quickly as if it had been left any longer, Thea would have experienced catastrophic brain damage.

“It’s such a rare condition and can be easily misdiagnosed so it is vital parents know the warning signs to look out for and don’t hesitate to seek medical help straight away – in Thea’s case that action saved her life.”

The couple remain grateful for the help and support their daughter has received from Glasgow Children’s Hospital Charity.

Thea benefited from a special mobile for her cot and the little Inky Feet Project, creating precious memories for her family.

Kirsten Watson, CEO of Glasgow Children’s Hospital Charity, said: “Children like Thea can only benefit from our projects thanks to donations and fundraising, which is why we’re so pleased that our sponsored walk is back after three years.

“It will be such a joy to be reunited with our families, volunteers and hospital heroes at Kelvingrove Park in Glasgow on September 4.

“It’s a way for people to recognize the amazing work of our city’s children’s hospital, and to recognize 20 years of their generous support.”

Carr and Steele, a telecommunications engineer, are taking part in the event and hope to raise the equivalent of 1,200 dollars for the charity.

Carr added: “We are so grateful for all the amazing work they do.

“On Thea’s first admission, they gave us cot mobiles and helped us create art with her footprints which we love looking back on as she was so tiny.

“They are an amazing cause and deserve everyone’s support.”