The footage was obtained from the 79th Air Assault Brigade of the Ukrainian Air Assault Forces on Monday, August 8. 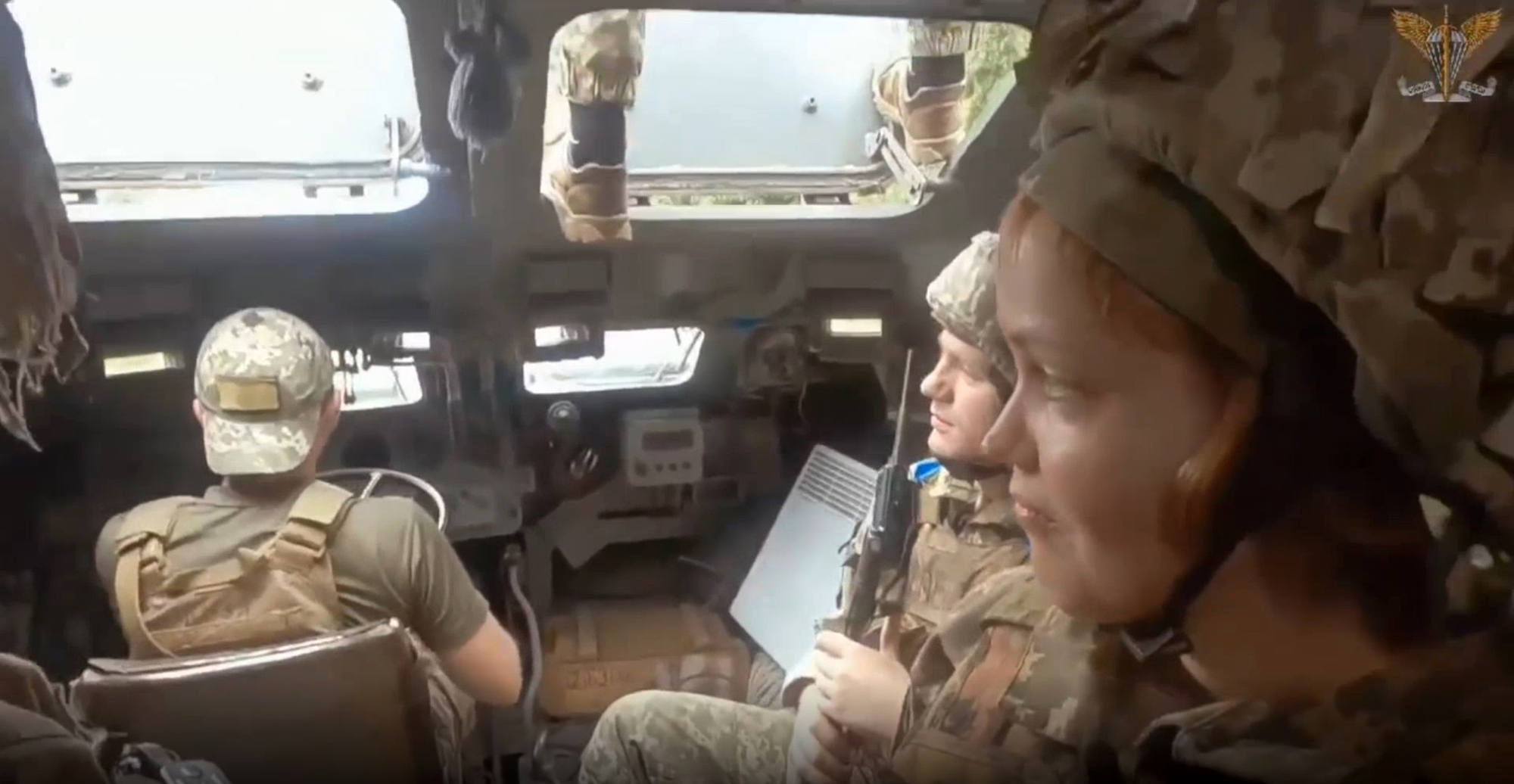 Signalmen paratroopers of the 79th separate amphibious assault brigade, including one female soldier, sit inside of a military vehicle, Ukraine in an undated photo. The 79th Air Assault Brigade, based in Mykolaiv, is a formation of the Ukrainian Air Assault Forces. (@79AMBUA/Zenger)

These images show the day-to-day lives of Ukrainian men and women fighting as paratroopers to defend their country from the Russian invaders.

The footage shows male and female Ukrainian soldiers carrying out tasks such as changing location in an armored personnel carrier, setting up camouflage, and setting up communication systems.

The footage was obtained from the 79th Air Assault Brigade of the Ukrainian Air Assault Forces on Monday, August 8. It was also relayed by the Office of Strategic Communications (StratCom) of the Armed Forces of Ukraine.

Zenger News contacted the 79th Air Assault Brigade for further comment, as well as the Russian Ministry of Defense, but had not received a reply at the time of writing.