The images were obtained from the 53rd Mechanized Brigade on Friday, August 5.
By Joseph Golder August 9, 2022
Facebook
Twitter
Linkedin
Email 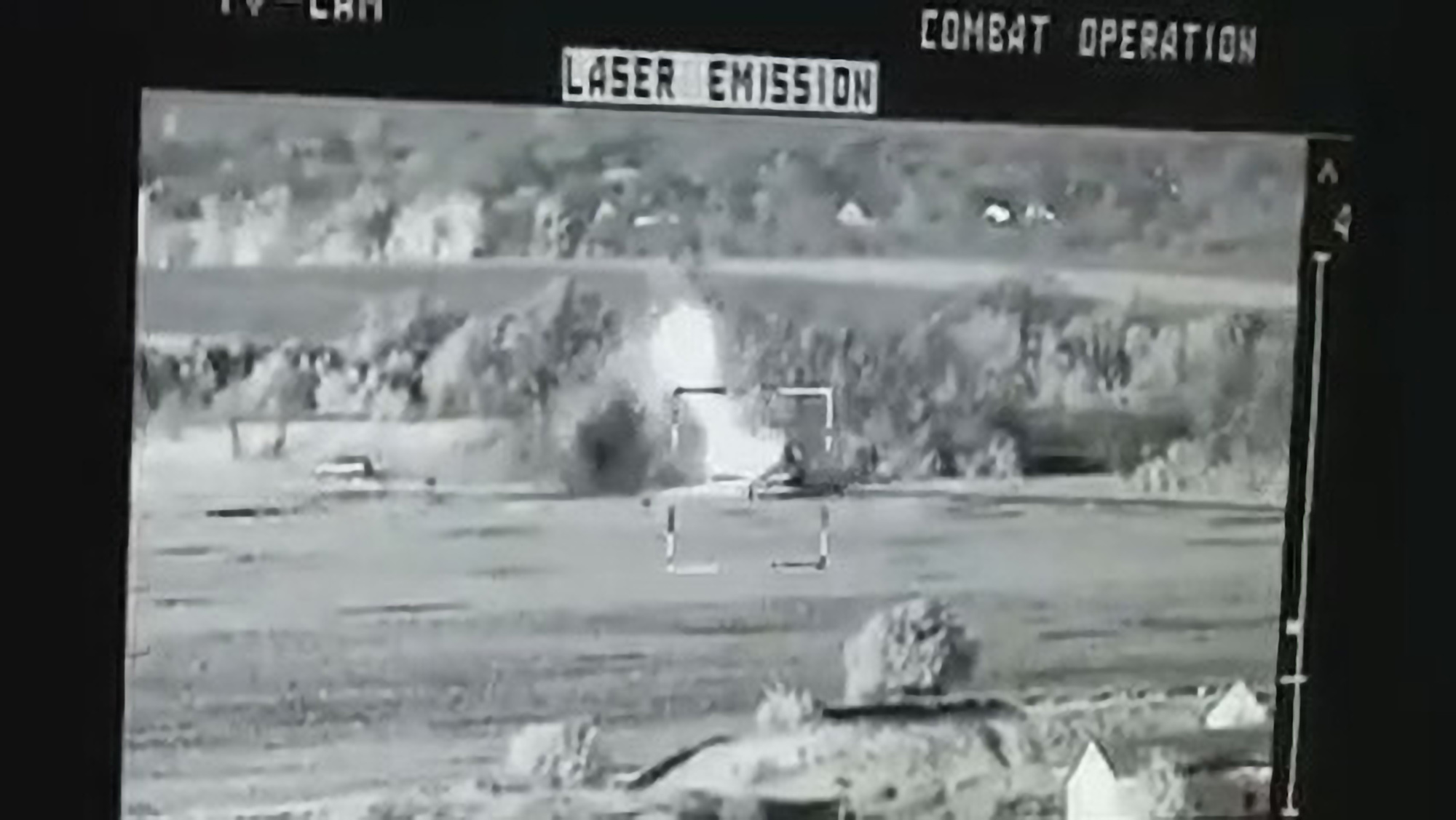 Russian soldiers run for their lives after were attacked by the fighters of the 53rd separate mechanized brigade in Ukraine in undated footage. Along with Russian military equipment, Russian servicemen reportedly killed, according to the Ukrainian press service.  (@53brigade/Zenger)

A Ukrainian anti-tank guided missile took out Russian armored vehicles and personnel, as these images show.

The video footage shows a number of Russian armored vehicles being hit by Ukrainian ordnance – reportedly a Ukrainian-made Stugna-P – and exploding.

The images were obtained from the 53rd Mechanized Brigade – also known as the 53rd Separate Mechanized Brigade named after Prince Volodymyr Monomakh – the Ukrainian Ground Forces on Friday, August 5, along with a statement saying that the video shows a “harvest” by Ukrainian ATGM operators.

They added (in English): “On the way, the occupying scrap metal met with the operators of the Stugna ATGM of the Separate Mechanized Brigade named after Prince Volodymyr Monomakh.

“The Cossacks accurately hit the incoming moving targets – armored vehicles and Ural with personnel. The enemy’s equipment flew away and burned for a long time, meanwhile, in Russia someone is already waiting for the promised Ladas.

“Our warriors are already targeting another tank. The shooting continues&mldr;

Zenger News contacted the 53rd Mechanized Brigade for further comment, as well as the Russian Ministry of Defense, but had not received a reply at the time of writing.