The images were obtained from the Eastern Operational-Territorial Unit of the National Guard of Ukraine, on Monday, August 8.
By Joseph Golder August 9, 2022
Facebook
Twitter
Linkedin
Email 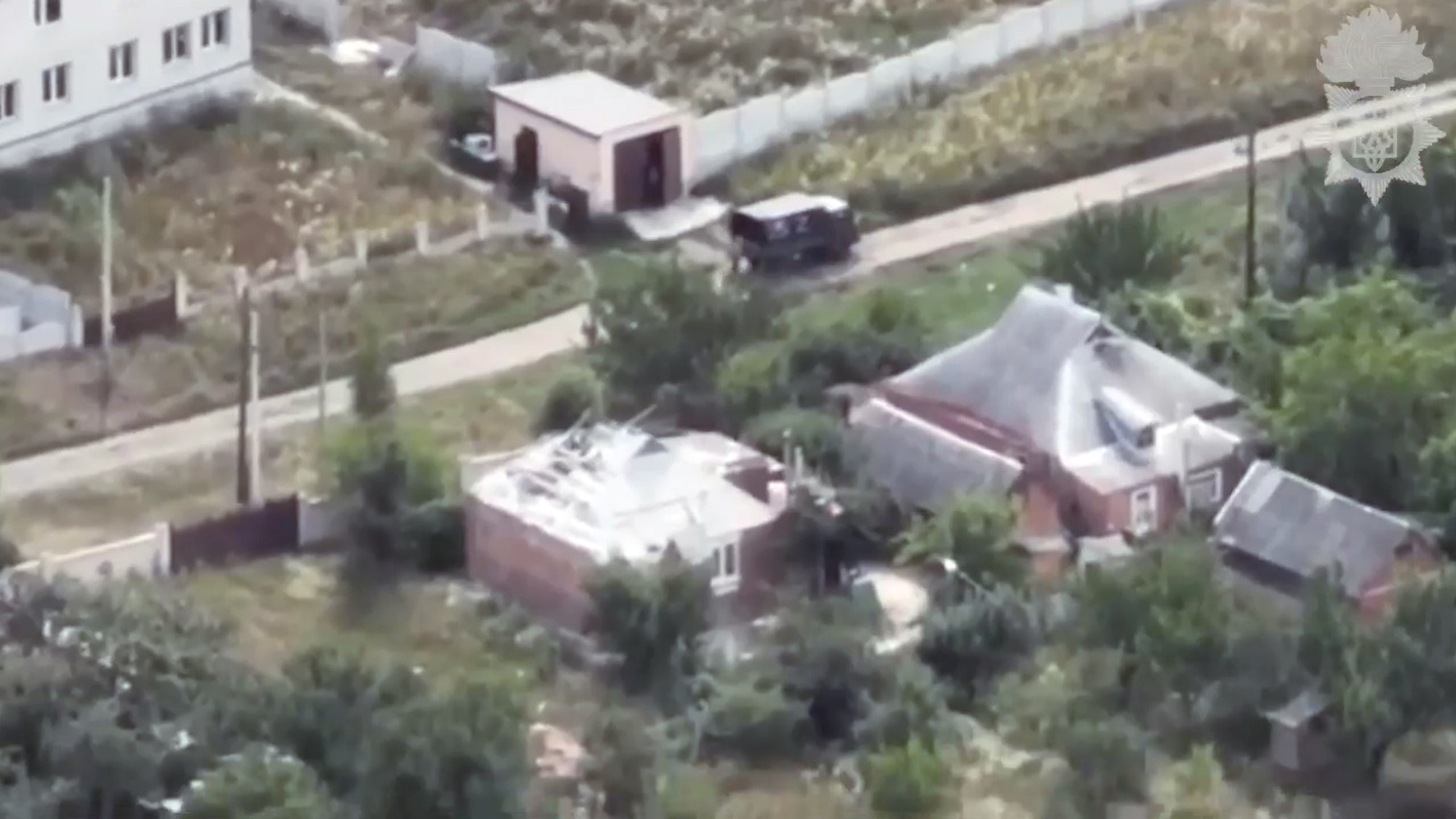 Russian vehicle with military ammunition and with letter Z on it stands in residential area in the north of the Kharkiv region, Ukraine in an undated photo. Air reconnaissance and artillery of the National Guard and the Armed Forces of Ukraine destroyed Russian warehouse with ammunition hidden in the hangar. (@ngu.east/Zenger)

The footage begins with Russian soldiers coming and going from the building, reportedly located in the north of the Kharkiv region in north-eastern Ukraine, with a military vehicle sporting the infamous ‘Z’ symbol also seen in the images.

The area can then be seen being repeatedly bombed by Ukrainian ordnance, reducing the building to rubble. The Ukrainian side reportedly had the support of tanks as well.

The images were obtained from the Eastern Operational-Territorial Unit of the National Guard of Ukraine, on Monday, August 8, along with a statement saying: “We start the week with good news! In the north of Kharkiv Oblast, a Russian ‘special unit’ flew into the air.

“Air reconnaissance and artillery of the National Guard and the Armed Forces, with the support of tanks, sent Russian special forces and a warehouse with ammunition to hell in the north of the Kharkiv region.

“Scouts discovered the base of a unit of the Russian occupation forces. Later, they recorded them unloading artillery ammunition. The guards gave the coordinates of the target to our gunners, after which they adjusted their fire.

“The UAV camera recorded the wonderful results of the act of ‘goodwill’ of the uninvited guests from fascist Russia. At the same time, the planned demilitarization of the artillery ammunition warehouse carefully hidden in the hangar, which we will definitely rebuild after the defeat of the Kremlin’s hordes in Ukraine, took place.”

The mention of Russian ‘goodwill’ is a reference to how Ukrainian forces forced the Russians to abandon Snake Island, with the Kremlin then claiming – to widespread derision – that they had in fact left as a “gesture of goodwill”.

Ukraine’s military added at the time that the Russians had fled the island in speedboats on June 30 after being hit by a barrage of Ukrainian missile strikes and artillery.

Zenger News contacted the Eastern Operational-Territorial Unit for further comment, as well as the Russian Ministry of Defense, but had not received a reply at the time of writing.