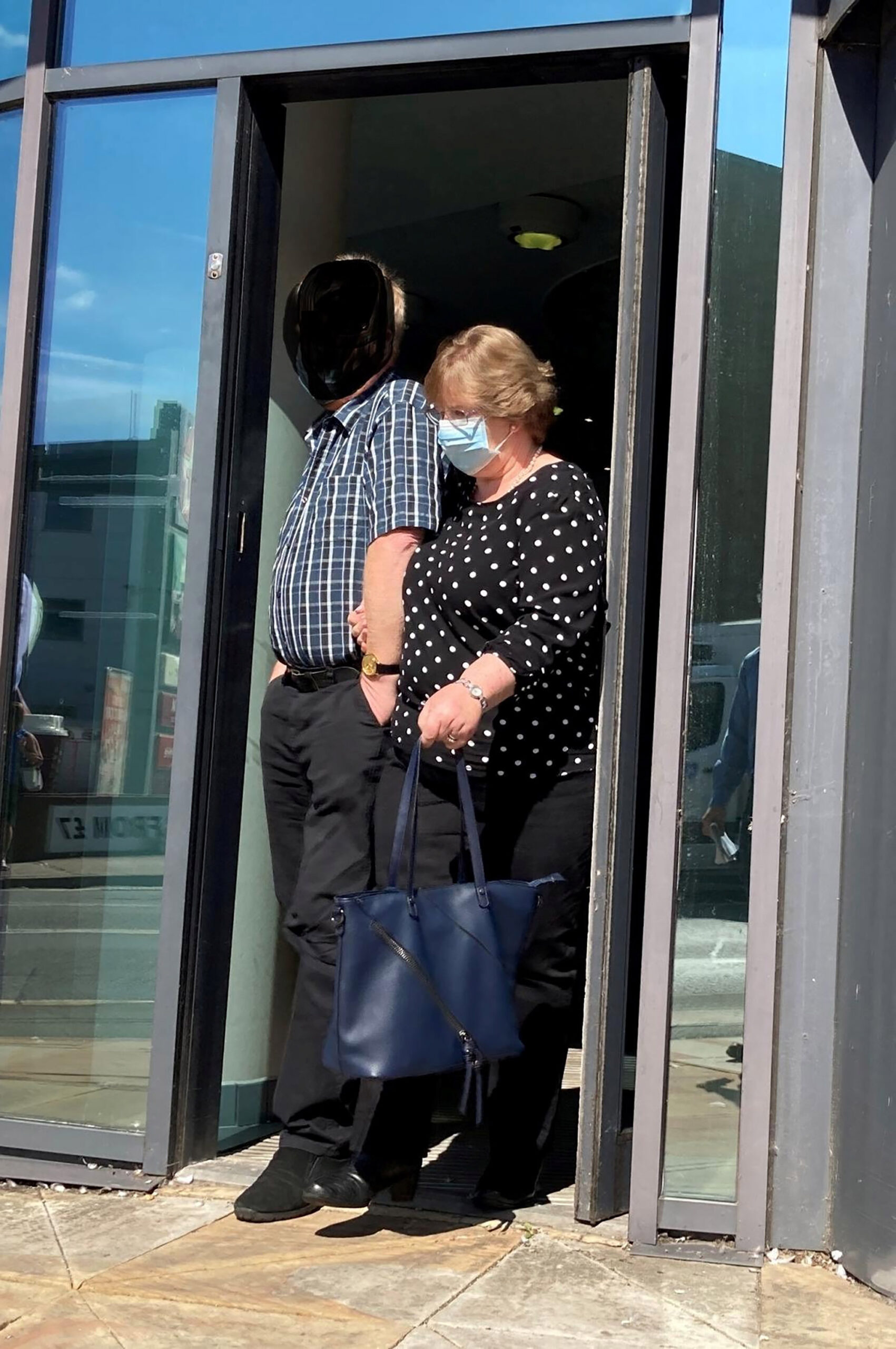 Several teachers appear in court Worcester Magistrates Court, in the U.K., on August 4, 2022. The teachers are accused of child cruelty and sexual abuse at a boarding school spanning more than a decade. (Worcester News,SWNS/Zenger)

Several former teachers have appeared in court accused of child cruelty and sexual abuse at a boarding school over more than a decade.

The eight defendants were charged in connection with the alleged sex abuse scandal at Rhydd Court School, in the county of Worcestershire in the west of England, in the United Kingdom, between the late 1970s and early 1990s.

Five men and three women, aged between 51 and 82, appeared before Worcester Magistrates Court on Thursday, August 4.

They are charged with conspiracy to commit child cruelty – to assault, ill-treat, neglect, or abandon a child to cause unnecessary suffering or injury between 1979 and 1991.

Each also faces a series of other, individual charges ranging from indecent assault, conspiring to commit sexual offenses and gross indecency.

The defendants spoke only to confirm their dates of birth and addresses during the short hearing where no pleas were entered or indicated.

Half appeared via videolink and half attended the court in person from homes across the country, including Worcestershire, southwestern England, Scotland, and the East Midlands of England.

She is also accused of indecently assaulting a second boy under 14 between January and October 1990.

Cynthia Moore, 81, of Bude, Cornwall, is charged with conspiring to commit a sexual offense with a boy under the age of 16 between January 1990 and July 1991.

She also faces charges of conspiring to indecently assaulting a boy under 16 and child cruelty between 1987 and 1991.

Marie Handy, 51, of Tewkesbury, Gloustershire, in western England, is accused of indecently assaulting a boy under 14 between September 1987 and July 1991.

Michael Connor, 69, of Wakefield, West Yorkshire, in northern England, is charged with two counts of assault occasioning actual bodily harm between 1987 and 1991.

Terence Heath, 74, of Hanley Castle, Worcestershire, is accused of two counts of conspiring to commit a sexual offense and two indecent assaults between 1987 and 1990.

John Dixon, 82, of Skegness, Lincolnshire, is accused of conspiracy to commit child cruelty, two charges of conspiring to commit a sexual offense, four sexual offenses and six indecent assaults. These offenses cover a period between 1989 and 1991 and are said by the prosecution to involve both adults and boys under 16.

David Sykes, 76, of Rotherham, South Yorkshire, is accused of wounding/inflicting grievous bodily harm in an alleged assault said to have involved a perforated eardrum.

He is also accused of indecently assaulting a boy under 16 between June 1987 and February 1990.

Charmaine James, 62, of Buckie, Scotland, is charged with gross indecency with a boy under 14 and two indecent assaults on a boy aged under 16 and a man aged over 16.

The charges follow an investigation by West Mercia Police into allegations at a time when the premises was owned by the local authority.

Prosecutor Vincent Scully said: “I ask all these cases are sent forthwith to the crown court.”

Magistrates declined jurisdiction for the case. Unconditional bail was granted to all eight defendants until the next hearing at Worcester Crown Court on August 31.