The images were obtained from the Russian Ministry of Defense (MoD) on Monday, August 8.
By Joseph Golder August 9, 2022
Facebook
Twitter
Linkedin
Email 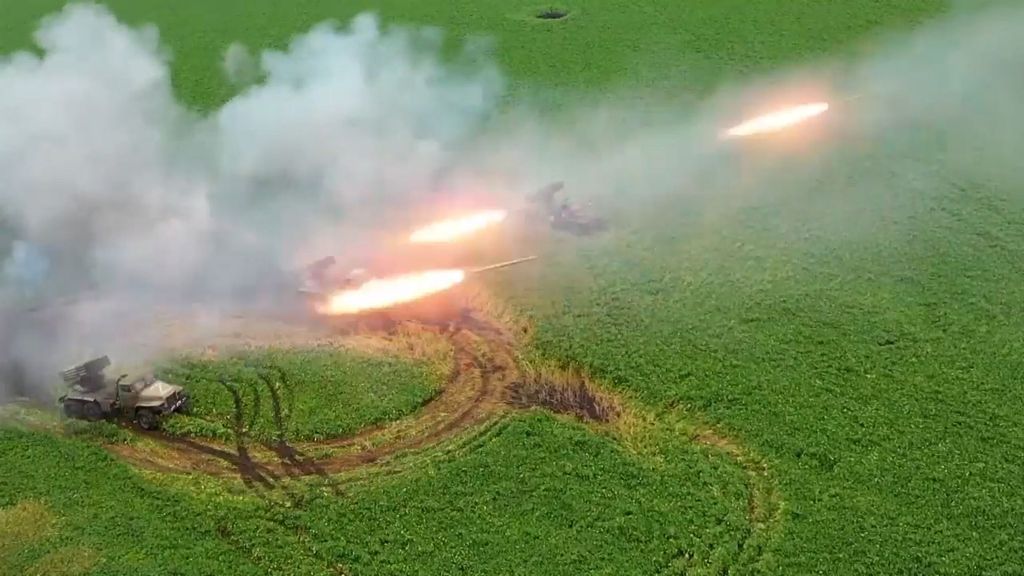 Crews of the MLRS BM-21 Grad fires on the Ukrainian military positions in Ukraine in undated footage. The BM-21 Grad is a self-propelled 122 mm multiple rocket launcher designed in the Soviet Union.  (Ministry of Defense of Russia/Zenger)

The video allegedly shows troops loading ordnance into the weapon system in the rain. The missiles can be seen being loaded by at least two men into the tubes, with a third soldier helping them.

Eventually, the vehicle is loaded and it can be seen heading out into a field. Two other vehicles can also be seen in the images. All of them can be seen with the now infamous white ‘Z’ symbol on them.

The three vehicles can then be seen firing their rockets, presumably at unseen Ukrainian targets.

The images were obtained from the Russian Ministry of Defense (MoD) on Monday, August 8, with the MoD claiming that they showed the “combat work of MLRS Grad ZVO crews”.

‘ZVO’ stands for the Western Military District, one of five of the Russian forces’ military districts.