It will particularly help kids who are too young to use or whose bodies are unsuited to existing prosthetic hands.
By Simona Kitanovska August 9, 2022
Facebook
Twitter
Linkedin
Email 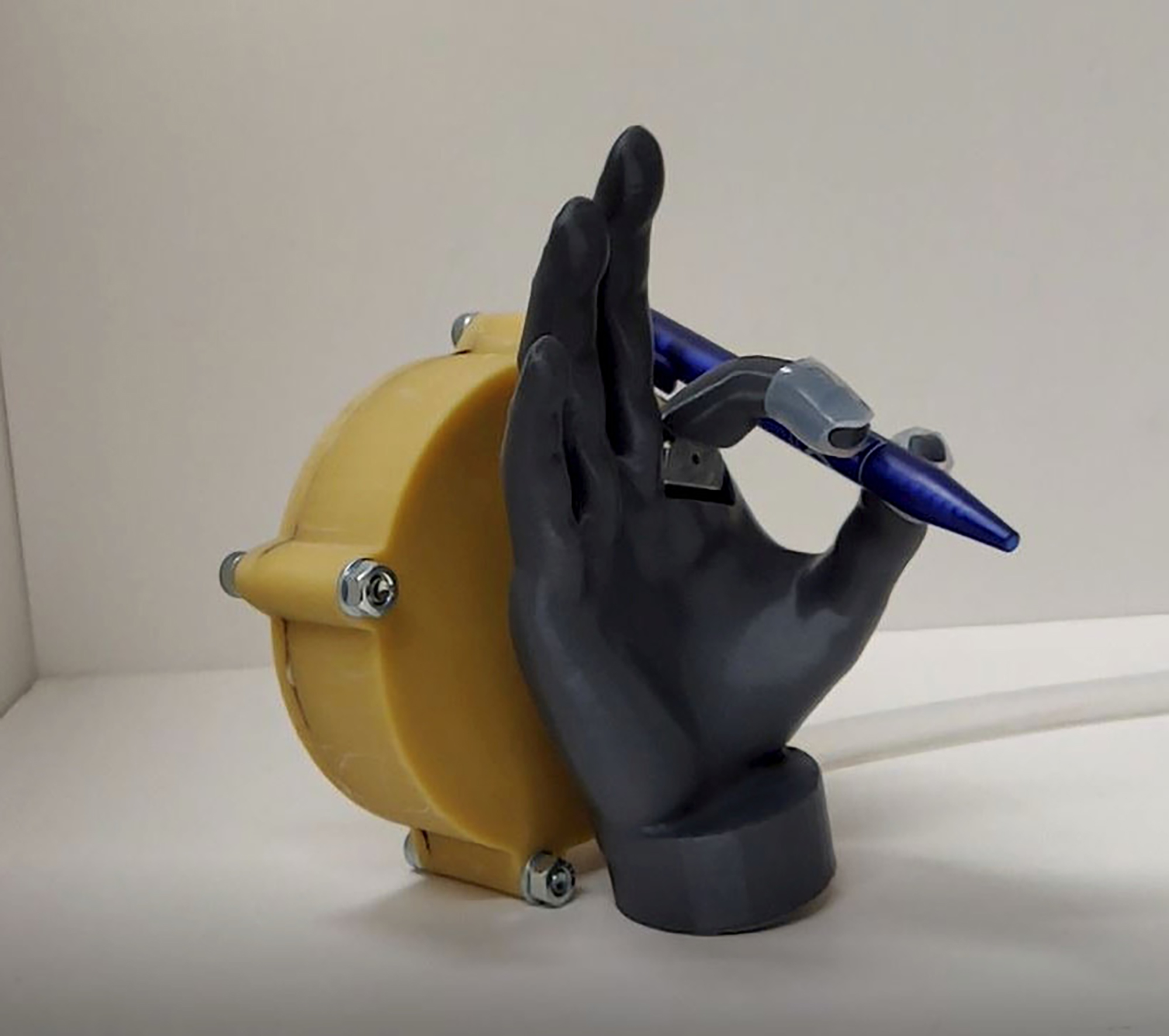 A prosthetic hand for children that is powered and controlled by the wearer’s breathing which has been developed by scientists at Oxford University, in an undated photo. Researchers say the simple lightweight device is not too expensive, easy to maintain, comfortable and easy to use. (University of Oxford,SWNS/Zenger)

A prosthetic hand for children that is powered and controlled by the wearer’s breathing has been developed by scientists at Oxford University.

Researchers say the simple lightweight device is not too expensive, easy to maintain, comfortable, and easy to use.

It will particularly help kids who are too young to use or whose bodies are unsuited to existing prosthetic hands which use a harness and cable.

The researchers published their findings in the journal Prosthesis.

To use it, children breathe and power a bladeless turbine which can control prosthetic finger movements.

The amount of air needed to power it can easily be created by young children and the way the device is geared determines how quickly it grasps onto something.

The hand, developed by a University of Oxford team, can be used by growing children and is easy to learn how to use and maintain when compared to other prosthetic hands.

Most prosthetic hands use cables and are powered by the body, and have been since they emerged in the early nineteenth century.

Little progress has been made in working out new ways to power prosthetics.

The most widely used type of prosthetic hand still relies on lots of cables which can be cripplingly expensive to maintain because it has to be fitted and maintained professionally.

The researchers say the device will particularly help children in poorer countries who may not have access to cable technology.

The study’s senior author Jeroen Bergmann said: “Our breathing-powered device provides a novel prosthetic option that can be used without limiting any of the user’s body movements.

“It is one of the &filig;rst truly new design approaches for power and control of a body-powered prosthetic since the emergence of the cable-driven system over two centuries ago.”

The team worked closely with charity LimbBo, which helps children with limb disabilities, to develop the device.

Jane Hewitt, Trustee of LimbBo, said: “One of our aims at The LimbBo Foundation is to ensure that all our children have access to any devices which will aid their day-to-day lives.

“No two limb differences are the same and what will help one child will not be suitable for another.

“Currently, there is some choice available regarding prosthetics but there are still children who need a completely different approach.

“For many, their lack of an elbow joint severely limits their access to prosthetic devices and so we welcomed the chance to be involved with Professor Jeroen Bergmann to look at different approaches.

“This is an exciting development for many of our children.

“We welcome this research as a completely different approach to enabling our children to have the help that a prosthetic such as this would give them.

“The element of choice is important, and we would fully support any research and development plans that enable this.

“We feel that by including us in discussions the team in Oxford really do want the best for our children.”

The study’s first author Vikranth Nagaraja said, “Over 40 million individuals worldwide are estimated to have limb differences – most with no access to any form of prosthetic care.

“Upper-limb prosthetics currently available to patients are often neither affordable nor appropriate, especially in low-resource settings.

“We hope our research represents a step-change in making prosthetics more widely accessible and helping overcome challenges with current options.”