Local residents have labeled the work as the 'Borrowdale Banksy' as the artist is still a mystery.
By Simona Kitanovska August 9, 2022
Facebook
Twitter
Linkedin
Email 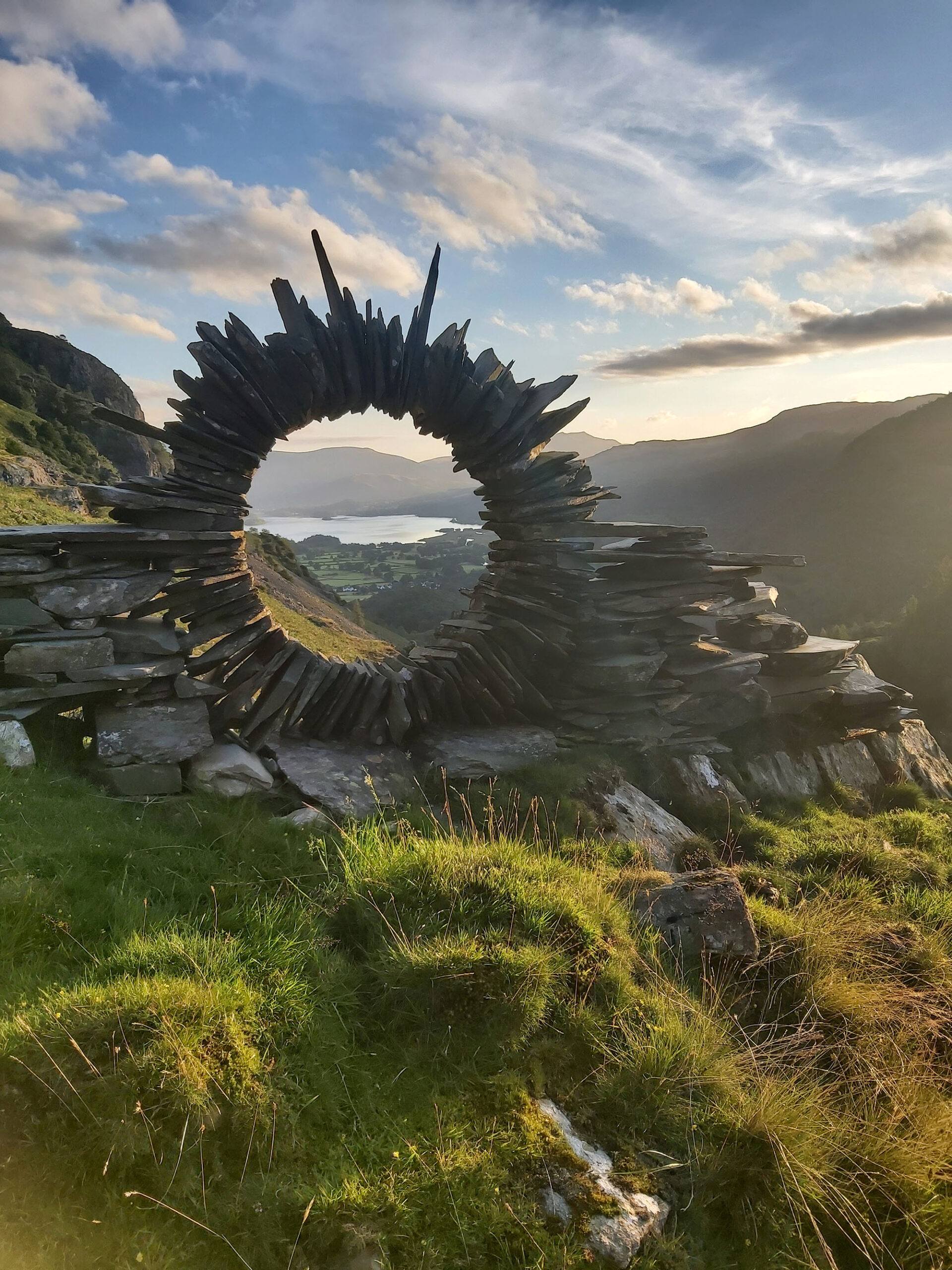 Pictures show an amazing piece of artwork made out of slate, created by a mystery artist who has now been dubbed the 'Borrowdale Banksy'. Daniel Farrington, 30, and wife Agnieszka, 34, came across the slate ring in Borrowdale, Cumbria,. around sunrise on Monday, August 1, 2022. (Daniel Farrington,SWNS/Zenger)

These pictures show an amazing piece of artwork made out of slate, created by a mystery artist – who has been dubbed the ‘countryside Banksy’.

Daniel Farrington, 30, and his wife Agnieszka, 34, came across the slate ring on a hillside in Borrowdale, Cumbria, in northern England, in the United Kingdom, around sunrise on August 1.

The 5-foot high and 5-foot wide ring is believed to have been created by the same person who created other similar sculptures that have previously been posted online.

However, all of these have been destroyed by either vandals or being blown over by the wind.

Local residents have now labeled the work as the ‘Borrowdale Banksy’ as the artist is still a mystery.

The couple had seen the images of the other sculptures before, but didn’t expect to discover one.

Farrington said: “It’s like a Banksy, you have no idea who it is.

“We knew that they existed, and I think all of them have either been destroyed or blown over since.

“At the time, the sun was coming over and I had my coffee and it was lovely looking at it.

“We didn’t think we would see one, but we ended up discovering one.”

Farrington, from Carnforth, in nearby Lancashire county, in the U.K., has also not decided to reveal the exact location of the artwork, as he doesn’t want it to be destroyed or for someone to be injured.

Farrington said: “Everyone has been asking me where it is and I have kept quiet for a couple of reasons.

“I want to try and preserve it for as long as possible in case people do destroy it.

“It’s not on a main path and it’s a bit of a scramble to get to it, there’s a lot of slate in that area which is very unstable.

“I don’t want a lot of people going up there but I know there will be a time when it comes out, but I don’t want to be responsible for sending people up there and hurting themselves.”

Works by the mysterious Banksy have turned up in the United Kingdom since the 1990s. His documentary film ‘Exit through the Gift Shop’ debuted in 2010 and was nominated for a Motion Picture Academy Award.

The identity of Bansky remains unconfirmed.

Apparently stemming from an underground art movement in Bristol, Banksy’s works are spraypainted on walls and feature social and political commentary.