The images were obtained from the 93rd Mechanized Brigade of the Ukrainian Ground Forces on Saturday, August 6.
By Joseph Golder August 9, 2022
Facebook
Twitter
Linkedin
Email 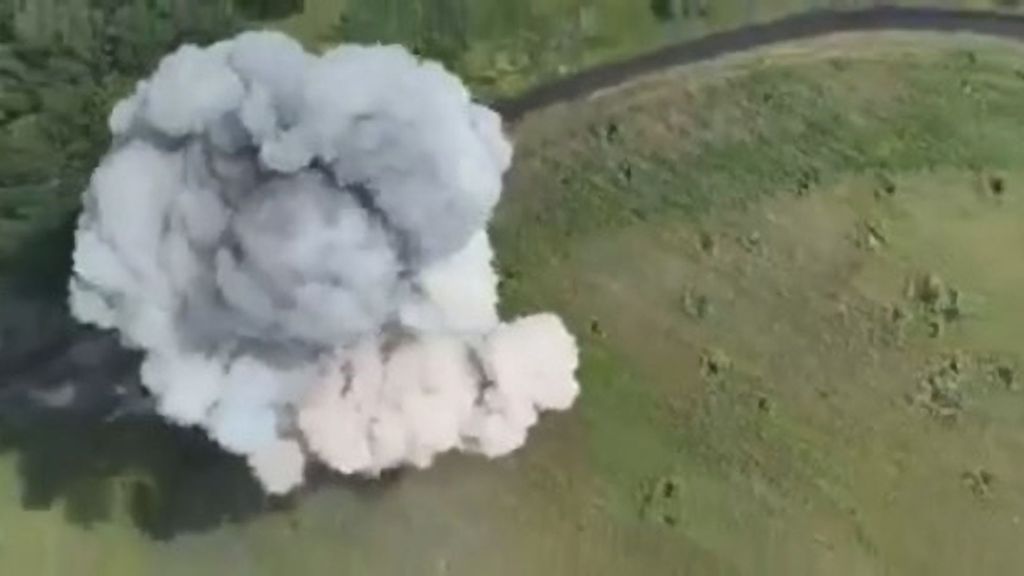 Russian tank explodes after being hit by the fighters of the 93rd separate mechanized brigade in Ukraine in undated footage. The tank was destroyed with the American FGM-148 Javelin ATGMs. (@93OMBr/Zenger)

This footage shows Ukrainian soldiers blowing up a Russian tank with an American-made Javelin missile.

The footage shows the Russian tank on what appears to be a road or dirt track, already giving off smoke after having been hit once before. It suddenly explodes in a large fireball, with grey smoke rising swiftly into the air.

It was hit by Ukrainian forces wielding an American-made Javelin anti-tank guided missile system somewhere on the front lines in Ukraine.

The images were obtained from the 93rd Mechanized Brigade of the Ukrainian Ground Forces – also known as the 93rd Independent Kholodnyi Yar Mechanized Brigade – on Saturday, August 6, along with a short statement saying: “The 93rd Kholodny Yar brigade continues to destroy the occupation forces in Ukraine.”

They also confirmed that the tank had been hit by a Javelin.

The images were also relayed by the Office of Strategic Communications (StratCom) of the Armed Forces of Ukraine, who said that the “Ukrainian Safari” continues. They joked: “The Rashist tank overheated, so its roof blew off.”

Zenger News contacted the 93rd Mechanized Brigade for further comment, as well as the Russian Ministry of Defense, but had not received a reply at the time of writing.