The footage was obtained from the Chernihiv Regional Territorial Center Of Recruitment And Social Support on Sunday, August 7.
By Joseph Golder August 9, 2022
Facebook
Twitter
Linkedin
Email 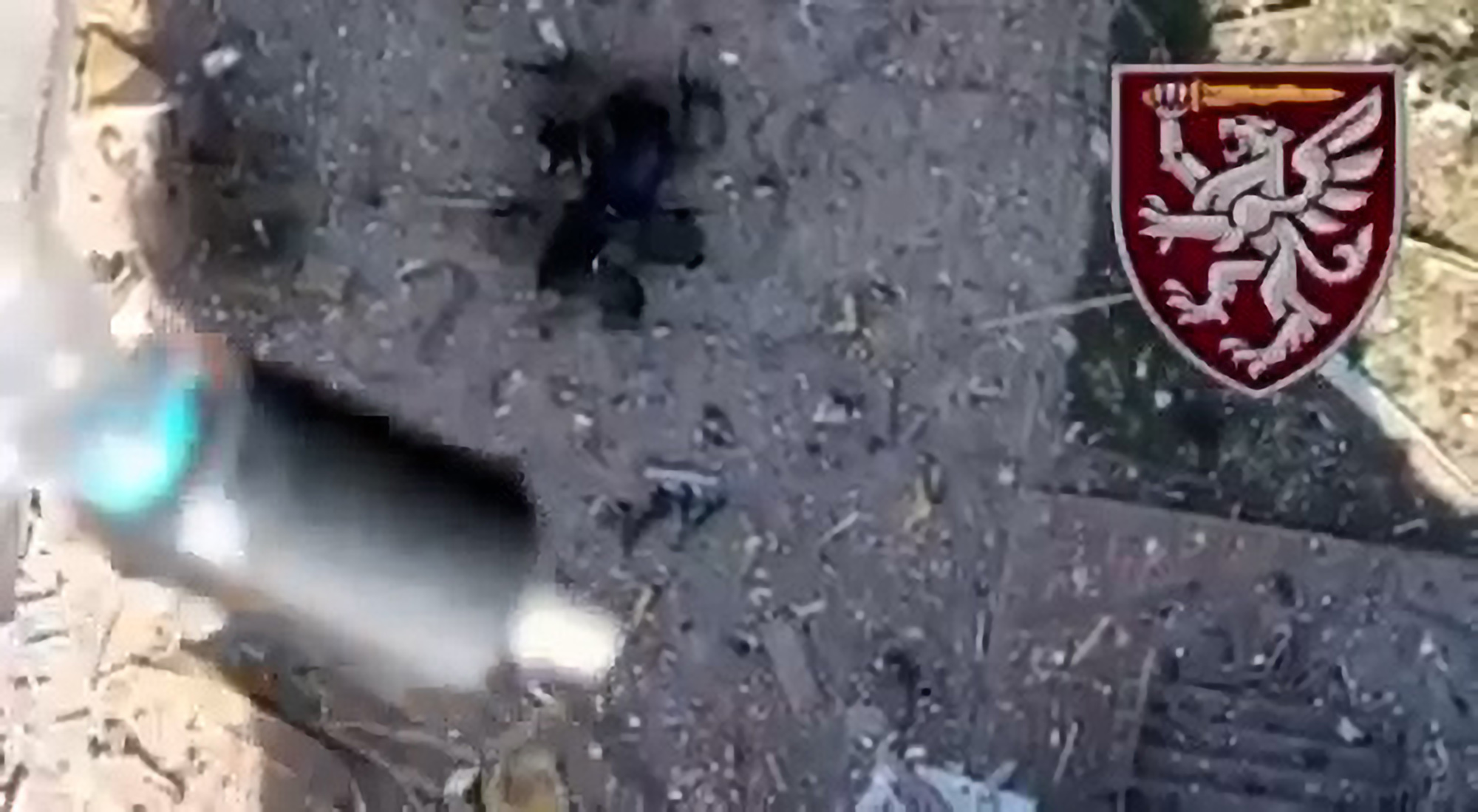 This is the moment a Ukrainian paratrooper drone drops a bomb on a group of Russian soldiers.

The footage, shot from above somewhere in Ukraine, shows a group of Russian soldiers exiting a building before a bomb can be seen dropping toward them. It explodes, leaving some of the soldiers apparently injured while others scatter, running for their lives.

The footage was obtained from the Chernihiv Regional Territorial Center Of Recruitment And Social Support on Sunday, August 7, along with a statement saying: “And these ‘congratulations’ to the Russian occupiers are conveyed by Chernivtsi paratroopers from the 80th Separate Airborne Assault Brigade.”

Zenger News contacted the Chernihiv Regional Territorial Center Of Recruitment And Social Support for further comment, as well as the Russian Ministry of Defense, but had not received a reply at the time of writing.