The mom believes that her baby's application got confused with another candidate’s.
By Simona Kitanovska August 9, 2022
Facebook
Twitter
Linkedin
Email 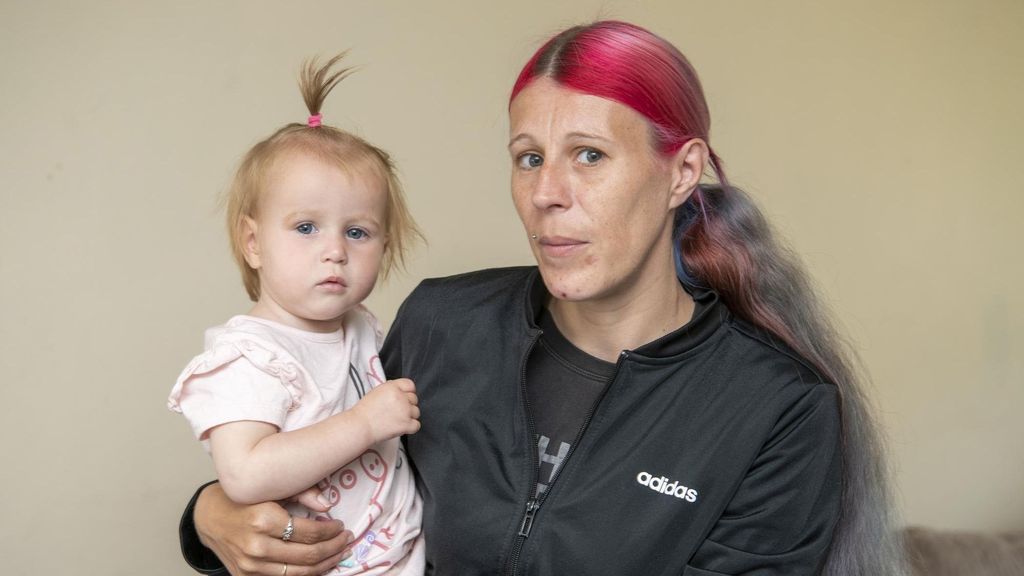 Donna Johnson with her daughter, Rosabella in an undated photo. Johnson branded the U.K. Department of Work and Pensions “absolutely disgusting” for mistakenly sending her a letter saying her 15-month-old baby had died, in July, 2022. (Yorkshire Post,SWNS/Zenger)

A woman branded a government agency “absolutely disgusting” after it mistakenly sent her a letter saying her 15-month-old baby had died.

Donna Johnson, 31, said she’d written to the Department of Work and Pensions (DWP) in April this year about getting a disability allowance for her daughter, Rosabella.

But she was left feeling physically sick when she opened a letter from the agency that read: “I am sorry to hear that Miss Rosabella Johnson has died.”

The freaked-out mom-of-four, who had recently lost an uncle, then dashed upstairs to cradle her precious baby girl and check if she was still okay.

And furious Johnson said she’d later rung the DWP – who had initially refused to provide funding to her daughter – and received an apology from an agent over the phone.

However, the stay-at-home mother now says she’s lost confidence in the agency and suspects her daughter may have been mixed up with a different child.

She said: “I should never have received that letter. The way they worded it was absolutely disgusting. I felt physically sick.

“I had literally had just put Rosabella to bed, and I just ran upstairs to cuddle her as I get completely freaked out by stuff like that.

“I rang them up and all they could say was that they were sorry. But that’s not the point.

“Have they been looking at two claims at the same time and got her mixed up with a different child? It’s not like she has a common name – it’s very unique.”

Johnson, from Leeds, West Yorkshire, in the north of England, in the United Kingdom, applied for Disability Living Allowance in April on behalf of Rosabella, who suffers from hip dysplasia, scoliosis and torticollis.

The conditions, affecting the child’s spine, hip and neck muscles, mean that she requires round-the-clock care from her family and regular hospital check-ups.

Johnson said her daughter has needed a procedure to put her left hip back in place and will face major surgery into her adult years – and is not allowed to bounce or jump.

But after her application was filed on the DWP’s system on May 3, Johnson received a reply from the agency in July saying that her daughter didn’t qualify for any benefits.

She said: “I received the decision on July 21, and that basically said she was going to be feeling better by December 2022.

“I’m not quite sure where they got that information from because she’s never going to get better.”

Just under a week later, on July 27, Johnson received another letter from DWP – only this time the agency told her that her daughter had now passed away.

She said: “Literally a week later, I received this letter, so I rang the DWP.

“They tried asking me to send the letter back to them and said that Rosabella will be better by December 6 – obviously claiming to know more than me and her consultant.

“All they could do was apologize, but they couldn’t give me any information.”

Johnson said her six-year-old son, Alfie, who has autism, was in the room when she read out the letter to her husband in a state of shock.

And distressingly, he had then spent the rest of the day asking if his sister Rosabella was going to pass away.

She said: “When I got the letter, my husband couldn’t understand why I was going mad, so I just read it out to him, and basically, Alfie was sitting on the other sofa.

“All day he was asking if Rosabella was going to die.”

Johnson now believes that Rosabella’s application may have got confused with another candidate’s and is concerned that her child won’t get the funding she requires.

She said: “I think that’s what they’ve done. I don’t know where they got the information about her from – and that she will be better by the end of this year.”

A DWP spokesperson apologized for the error and said the agency is reconsidering Donna’s request for the allowance on behalf of her daughter.

They said: “We apologize unreservedly for the distress caused by our correspondence with Mrs. Johnson, as we have directly to her over the phone.

“[Disability Living Allowance] is awarded based on the impact a disability has on a child and the amount depends on how much care and supervision they need.

“Decisions are made using the information we have at the time.

“We have received the reconsideration request from Mrs. Johnson and are currently processing this.”