Daytime Naps May Increase Risk Of Strokes And Alzheimer’s

People under 60 who take frequent naps were much more likely to have higher blood pressure than those not used to a brief snooze.
By Martin M Barillas August 9, 2022
Facebook
Twitter
Linkedin
Email 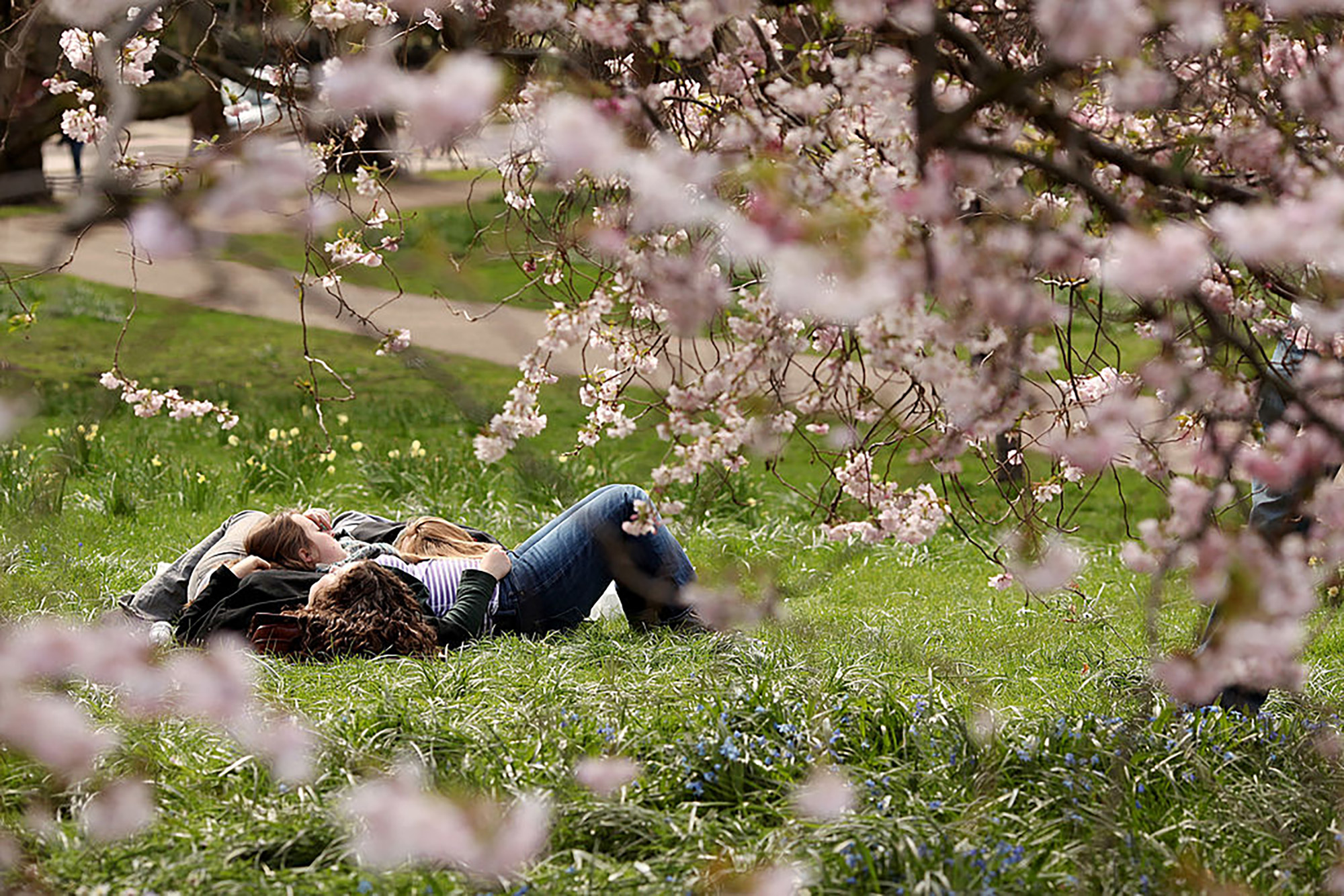 Members of the public snooze next to a tree in full blossom in warm spring weather in St James's Park on April 8, 2010 in London, England. (Photo by Oli Scarff/Getty Images)

Some scientists believe that taking daytime naps may increase not only the risk of a stroke, and could be an early sign of dangerous high blood pressure, it may also be linked to Alzheimer’s.

In a paper appearing in the journal Hypertension, the research also showed that nodding off for a snooze in a chair may be a serious matter.

Referring to the research on 360,000 people who were tracked for an average of about 11 years, co-author E. Wang of Xiangya Hospital Central South University of China said: “These results are especially interesting since millions of people might enjoy a regular or even daily nap.”

High blood pressure, also known as hypertension, reduces the delivery of oxygen to the brain, blocks blood vessels, and increases the risk of heart attacks, strokes, aneurysms, kidney damage, dementia and memory loss, according to the Mayo Clinic.

The researchers examined information in the ongoing Biobank study in the U.S., looking at the lifestyle, genetic, and health information of people ages 40 to 69.

In the U.K., about 14.4 million people are affected, while about a third are undiagnosed.

Those Britons who said they are accustomed to a nap were found to be between 12 to 24 percent more likely to develop high blood pressure, respectively.

People under 60 who take frequent naps were 20 percent more likely to present with high blood pressure than those not accustomed to a brief snooze. For people over 60, that risk dropped by half.

For the study, participants were into three groups: ‘never or rarely,’ ‘sometimes,’ and ‘usually.’ The authors found that when the frequency of nap-time increased by just one category, the risk of high blood pressure rose to 40 percent.

According to the American Heart Association’s Life’s Essential 8 cardiovascular scoring, sleep duration is the eighth metric for measuring good health for hearts and brains.

Professor Michael Grandner of the University of Arizona is a co-author of the American Heart Association’s updated health scoring.

He said of napping and its relationship to cardiovascular health: “This may be because, although taking a nap itself is not harmful, many people who take naps may do so because of poor sleep at night.”

“This study echoes other findings that generally show that taking more naps seems to reflect increased risk for problems with heart health and other issues,” Grandner added.

According to a study that appeared in Alzheimer’s & Dementia: The Journal of the Alzheimer’s Association, researchers at Brigham and Women’s Hospital in Boston, Massachusetts, published findings that shows that excessive daytime napping may also signal an elevated risk of Alzheimer’s disease.

“Our results not only suggest that excessive daytime napping may signal an elevated risk of Alzheimer’s dementia, but they also show that faster yearly increase in daytime napping may be a sign of deteriorating or unfavored clinical progression of the disease.

“Our study calls for a closer attention to 24-hour sleep patterns — not only nighttime sleep but also daytime sleep — for health monitoring in older adults,” said co-author Pen Li of Brighams Division of Sleep and Circadian Disorders.

«Previous Post
‘Death Trap’ Home Of The ‘King Of Eccentrics’ Goes To Auction»Next Post
No Punishment, No Rewards For My Kids, Says Mother Of Three