Two settlements - a stone fortress, and other buildings - were found on what was once the border of ancient Adiabene.
By Martin M Barillas August 9, 2022
Facebook
Twitter
Linkedin
Email 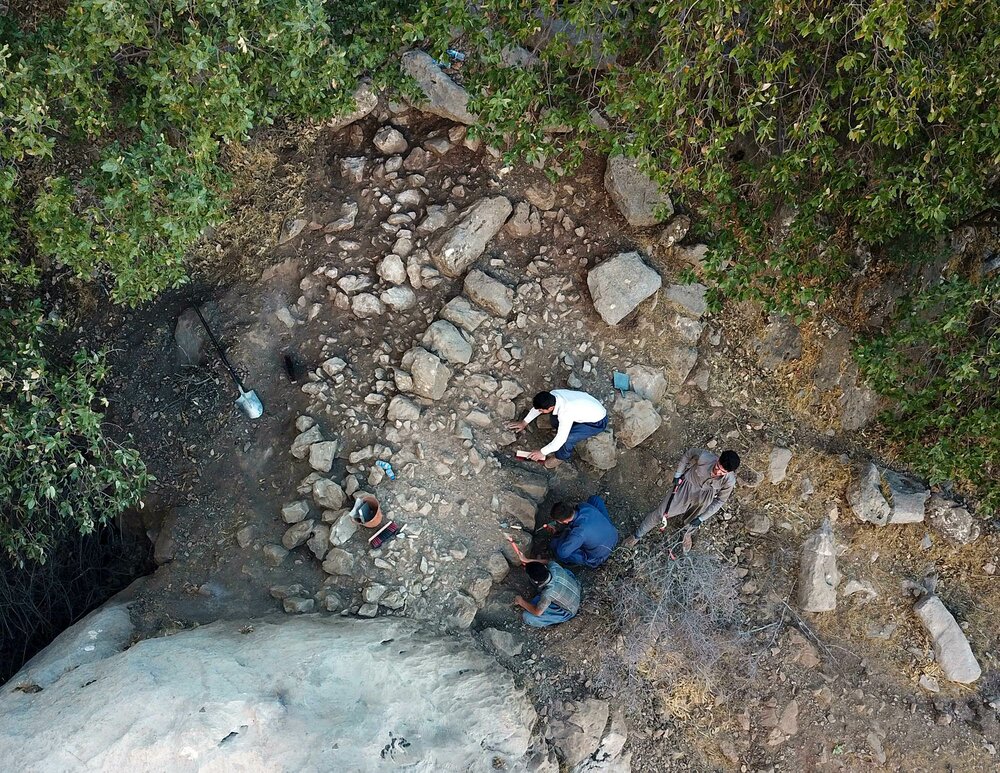 A mysterious ancient redoubt may have been found in northern Iraq, having been known before only because of a handful of ancient coins.

Archaeologist Michael Brown of Germany’s Heidelberg University and colleagues believe they may have found Natounia, an ancient military and religious complex in the Zagros Mountains dating to more than 2,000 years ago.

Two settlements, a stone fortress, and other buildings, known as Rabana-Merquly, were found on what was once the border of ancient Adiabene.

The kingdom of Adiabene paid tribute to the Parthian Empire, which was a major political player in Iran that lasted about 1,000 years until 224 A.D.

“The twin rock-reliefs at the two entrances to the settlement appear to depict an anonymous King of Adiabene, based on the dress of the figure, in particular his hat,” Brown wrote in an email to Zenger, who added that he is pretty sure that the fortress was built by Adiabene’s ruling dynasty.

A similar rock carving has been found at Hatra, an ancient city located about 140 miles away.

“The more specific association with the city of Natounia comes from the inscription on that city’s rare coins found elsewhere in the Near East.

“An epithet on the coins locates it ‘on the Kapros’, which we know is the modern Lower Zab river,” Brown wrote.

Natounia is known only from its rare coins; there are no historical references that give details.

“Rabana-Merquly is by far the largest and most impressive site of the Parthian era in that region, and the only one with royal iconography, so it’s by far the best candidate,” Brown wrote.

“The complicating factor is that the site is located on a major tributary of the Lower Zab and not the main channel, this is unusual but not unique in ancient toponyms of this type,” he wrote.

The seven known ancient coins give the name of a king, Natounissar and the location on the Lower Zab River.

“From coinage, we know that the city was a royal foundation -the king’s name as a toponym. The other important link to Natounissar,which translates roughly as ‘servant of Ishtar,’ is a statue from Hatra of an Adiabenean king called Attalos, which is by far the best comparison for the Rabana-Merquly reliefs.”

“On the base of the Hatrean stature is an inscription which identifies Attalos as a grandson or descendent at Natounissar,”Brown wrote.

For Brown, Rabana-Merquly may not be the only possible location for Natounia, but the coins provide circumstantial evidence that the lost city is there.

In an interview with Zenger News, Brown said: “Regardless of its exact identification, Rabana-Merquly was undoubtedly a major regional center on the edge of the Zagros Mountains – the fortress shows us the practicalities of territorial control in hinterland regions of empire, where state authorities interacted with semi-autonomous and often restive highland pastoralist populations.”

“The most exciting aspect of the site is definitely the natural setting. Rabana-Merquly is located on the western side of Mt. Piramagrun, one of the most spectacular mountains in the Zagros range, the western side of which runs through Iraqi Kurdistan,” Brown said.

“Its fortifications enclose naturally defensible terrain, and can be viewed as an extension of the surrounding highland landscape. If you’re familiar with Lord of the Rings, it’s basically a real-life Helms Deep,” he continued, in a reference to the fictional fortress described by author J.R.R. Tolkien in Lord of the Rings.

Brown did not report any hidden treasure that may have been buried at the site.

He said: “The number of artifacts found at the site is actually relatively small, we think because the duration of the main Parthian era occupation was probably no more than 100 years. This interpretation is based on the lack of any significant architectural renovations over most of the site.”

While Iraqi archaeologists found ceramics at the site in 2009, Brown’s campaign found iron arrowheads and pins from the later Islamic period.

Brown plans to continue digging at Rabana-Merquly, disclosing that drone mapping has revealed many more interesting structures throughout the complex.

“A research priority for us is to try and understand the function of large fortified centers beyond defense, Brown said.

“At Rabana, the presence of a probable sanctuary complex suggests it may have also been a place of pilgrimage, in addition to acting as a refugium for surrounding communities,” he said.

“Large fortified centers such as Rabana-Merquly likely fulfilled a variety of economic and diplomatic roles in relation to their hinterlands. A similar mix of activity is apparent at the broadly contemporary site of Qal ͗eh-i Yazdigird on the opposite side of the mountains in Kermanshah province, Iran where a sanctuary, palace, and defensive architecture have been recorded,” Brown said.

In July, Brown published a paper about the excavations and analysis, titled “Rabana-Merquly: a fortress in the kingdom of Adiabene in the Zagros Mountains,” in Cambridge University’s Antiquity journal.