She said she would never throw a stick for her pup nor feed them raw food - to the shock of many viewers.
By Simona Kitanovska August 8, 2022
Facebook
Twitter
Linkedin
Email 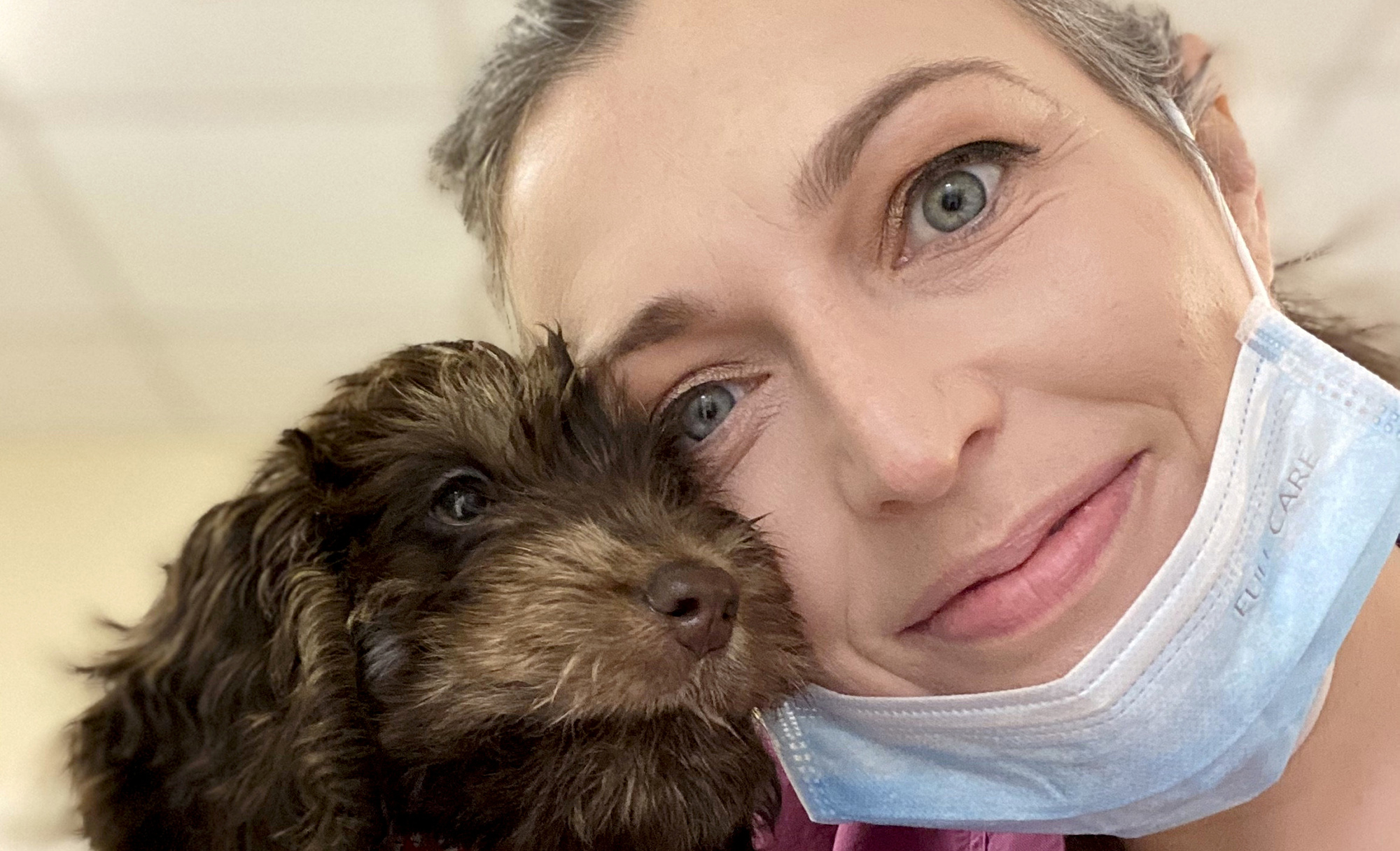 Vet Cat Henstridge from Sheffield, England poses with a dog in an undated photo. Henstridge has recently created divided opinions after sharing things she will never do for her own dog - including never throwing them a stick and never feeding them raw food. (Cat Henstridge,SWNS/Zenger)

A vet has divided opinions after sharing things she will never do for her own dog – including never throwing them a stick and never feeding them raw food.

Cat Henstridge, 42, shared a video last week in which she shared her personal ‘do nots’ as a dog owner.

She said she would never throw a stick for her pup nor feed them raw food – to the shock of many viewers.

In the video, the veterinary surgeon from Sheffield, located in England, in the United Kingdom, explains her first tip: “I will never throw a stick for her. The injuries that are caused by throwing sticks are horrendous.

“Down their mouths, into their necks, they can be super, super serious.”

Her second tip is: “Although she loves playing with tennis balls, I will never use a ball thrower to throw one for her.

“They do incredible damage to dogs’ joints, and the balls will always be dog-friendly ones.”

Introducing her third, she said: “I will never feed Mandy a raw dog food diet.

“You can feed your dog whatever you wish, but for me, the risk of nutritional imbalances and the risk of bacterial infections to both her and my family are far too great.”

She goes on to say she will also never let her dog get fat, as well as always keeping her dog up to date with her vaccines and medical care.

But it was the first three which sparked discussion in the comments – with many people disagreeing with the animal expert’s recommendations.

One said: “Raw food is better than any kibble for them. My dogs kiss me all the time and I never get sick.”

A second said: “Raw is what is natural for them… kibble is not what they would naturally eat.

Another added: “I’m confused how ball launchers can cause issues? I just have a bad throw and need help.”

But many agreed with her ideas – saying they had made the same decisions for their own animals.

One said: “My dog choked on a stick once, she was bleeding from her throat. Thank goodness she was OK but it was a lesson learned.”

Another said: “Our last dog needed an expensive operation after running after a ball thrown with a ball thrower.”

A third added: “NO STICKS!! My old dog cut the inside of his throat open catching one.”

Speaking on the viral video, which has more than 330,000 views on Tiktok, Cat said: “Not everyone agreed with what I said.

“With throwing sticks, not every time you throw a stick something will go wrong. But there can be horrific injuries.

“A lot of people disagreed on the raw food, but the dogs are more likely to shed salmonella and antibiotic-resistant e-coli if they eat raw.

“So it’s a public health issue as well as a personal one.

“With the ball flingers, the dogs really love it – but that kind of exercise puts a lot of strain through the dog’s joints.

“Because the activity causes them to release adrenaline, playing ball can tip into an obsession for the dogs.

“They want to get that high all the time, and won’t play any other games. It’s not good for their mental health.”

While some disagreed with her tips, many viewers said they had learned something new and would implement her tips.

Cat – who owns a cat, a dog and 11 guinea pigs, said: “Most of the comments were positive and people seemed to be quite reasonable.

“Every so often there are people – particularly in the raw feeding community – who don’t agree.

“Just because it’s new information to you, doesn’t mean it’s wrong – I know what I’m talking about!”