The footage was obtained from the National Guard of Ukraine on Wednesday, August 3.
By Joseph Golder August 8, 2022
Facebook
Twitter
Linkedin
Email 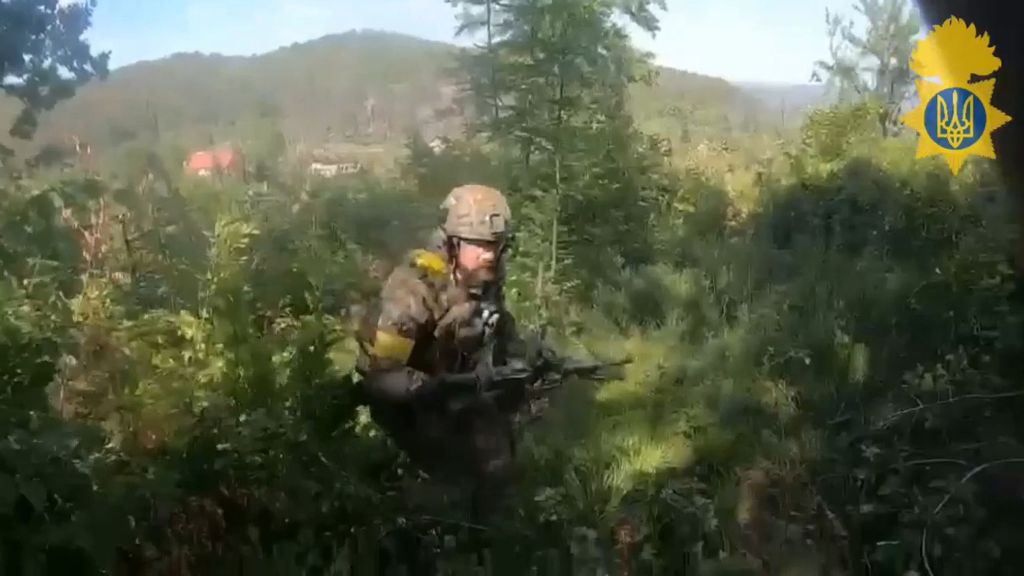 Soldier of Ukrainian special unit Omega holds a gun in a forest area in Donetsk region, Ukraine in an undated photo. The unit Omega is a special forces detachment of the National Guard of Ukraine.  (@NGUmainpage/Zenger)

The images show the special forces unit flying low in the sky in helicopters. The footage then shows them trekking through a forested area.

They can then be seen shooting at unseen Russian soldiers, with the footage then showing them blowing up Russian military equipment.

The special forces soldiers can then also be seen lying in a forested area waiting in ambush. The images then show Ukrainian soldiers on a rope dangling from a helicopter as it flies in the sky before the footage ends.

The footage was obtained from the National Guard of Ukraine on Wednesday, August 3, along with a statement saying: “They do not have heavy weapons, but they can quietly and imperceptibly go behind the enemy’s back.

“Soldiers of the National Guard special forces unit ‘Omega’ showed a small part of their work in the Donetsk region.”

The images and information were also relayed by the National Security and Defense Council of Ukraine.

And Anton Herashchenko, 43, an adviser and a former deputy minister at the Ukrainian Ministry of Internal Affairs, said: “Rashists, get your black bags ready! Special forces detachment ‘Omega’ is already out for your souls (not that you have them).”

The ‘Omega’ unit is a special forces unit that is part of the National Guard of Ukraine.