The footage was obtained from the Russian Ministry of Defense early on Friday, August 5.
By Joseph Golder August 8, 2022
Facebook
Twitter
Linkedin
Email 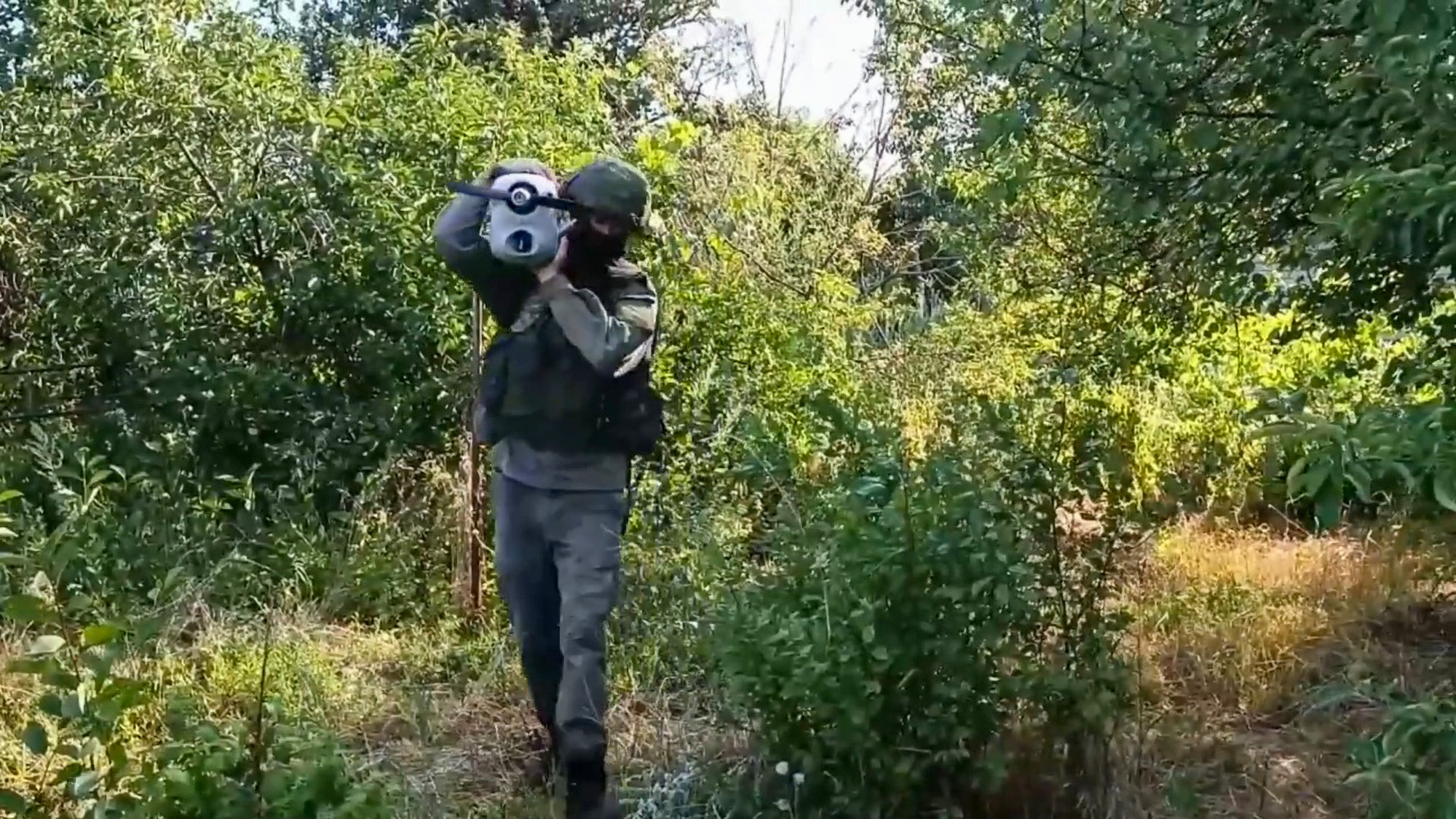 Russian soldier carries an Orlan-10 UAV for a battle mission in Ukraine in undated footage. The Orlan-10 is a reconnaissance, unmanned aerial vehicle developed by the Special Technology Center in Saint Petersburg for the Russian Armed Forces. (Ministry of Defense of Russia/Zenger)

This footage allegedly shows a Russian soldier setting up and using an Orlan-10 military drone in the Donbas region of eastern Ukraine.

A soldier can be seen in the footage setting up the drone before it takes to the skies. The footage then cuts and allegedly shows what the drone sees on the ground.

The footage was obtained from the Russian Ministry of Defense early on Friday, August 5, along with a statement claiming that the images show “the combat work of the crews of Orlan-10 multifunctional unmanned aerial vehicles during a special military operation.”

The statement continued: “The crews of the UAV units of the Eastern Military District carry out search and reconnaissance of targets, followed by the transfer of target designations for artillery and missile units.

“Being on combat duty, the crews of the Orlan-10 UAV, in the conditions of enemy electronic warfare interference, fly to tactical depth for reconnaissance and search for targets, further adjusting the fire of various types of weapons and video recording the fire destruction of objects, manpower and equipment of the enemy.”

The Orlan-10 is an unmanned aerial reconnaissance vehicle used by the Russian Armed Forces. It can typically carry and drop bombs on targets, with a maximum payload of 13 pounds.