The footage was obtained from the 503rd Separate Marine Corps Battalion of the Ukrainian Naval Forces on Friday.
By Joseph Golder August 8, 2022
Facebook
Twitter
Linkedin
Email 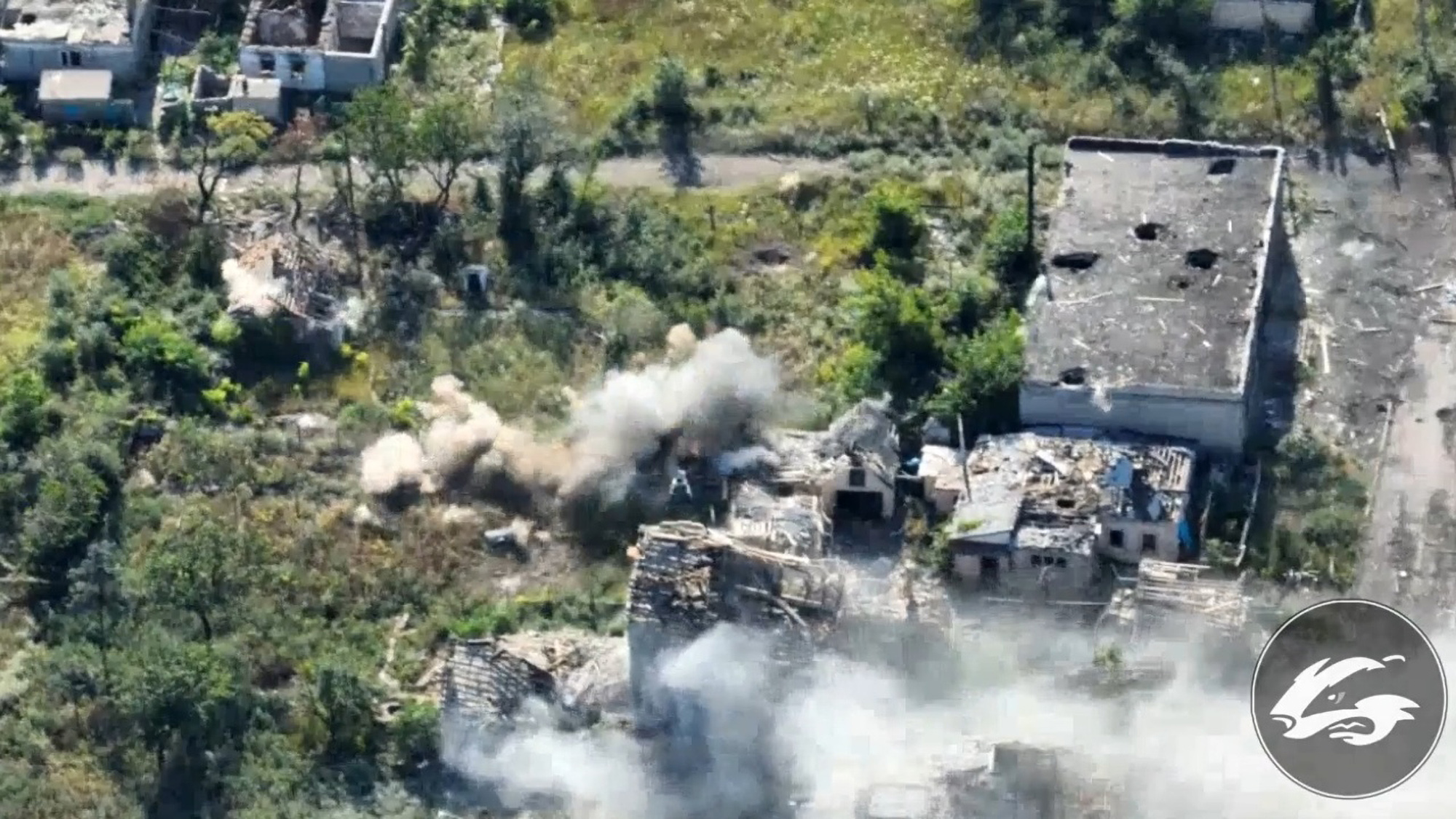 Ukrainian Armed Forces shells toward a group of Russian soldiers taking cover in buildings in Ukraine in undated footage. The Russian soldiers were destroyed, after being ambushed by the soldiers from the 503 Separate Marine Corps Battalion according to Ukrainian officials. (@503obmp/Zenger)

This is the moment Ukrainian marines successfully ambush and take out a group of Russian soldiers.

The footage shows a group of Russian soldiers approaching a partially destroyed building. They can be seen making their way inside before more soldiers arrive and pile into the building.

The building is then hit by Ukrainian ordnance, blowing it up and causing a large plume of smoke to rise into the air.

A lone soldier can be seen fleeing from the bombed-out building. Further ordnance hits the terrain around the building as the footage ends.

The footage was obtained from the 503rd Separate Marine Corps Battalion of the Ukrainian Naval Forces on Friday, August 5, along with a statement saying: “We work according to the old proven scheme: ‘See – shoot!'”

They also said: “Glory to Ukraine! Glory to the Marines!”

The images were relayed by the Ground Forces of the Armed Forces of Ukraine along with a short statement saying that the video shows how “the marines waited until the Russian occupiers gathered in the building – and ‘poured in’ there.”