Emergency services raced to the scene and, when he was rescued from his blue Ford Transit, paramedics noticed a very high fever.
By Simona Kitanovska August 8, 2022
Facebook
Twitter
Linkedin
Email 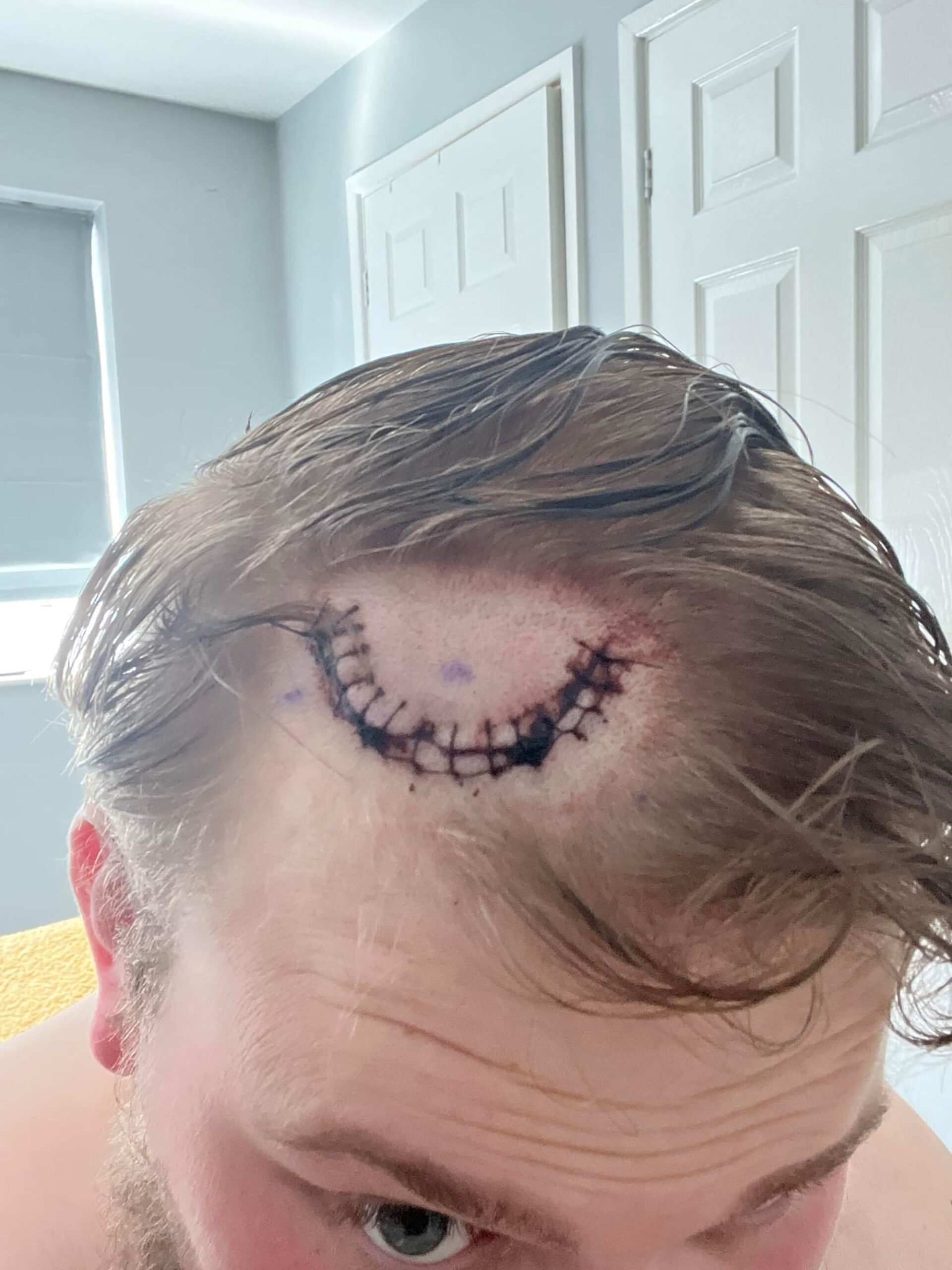 Thomas Crook in the hospital after a car crash, in an undated photo. Crook says being involved in a horror car crash saved his life - because hospital tests showed he had meningitis. (Courtesy of Nicola Welford,SWNS/Zenger)

A man says being involved in a horror car crash saved his life – because hospital tests showed he had meningitis.

Thomas Crook, 25, collided with a silver Mercedes Sprinter van as drove home from work along the A5.

Emergency services raced to the scene and, when he was rescued from his blue Ford Transit, paramedics noticed a very high fever.

Taken to hospital, tests revealed Crook had meningitis – which doctors said could have been fatal if found later.

The HGV driver, who is known to pals as Tom, was in a coma for a week and has lost 80 percent of his hearing because of meningitis.

But he is battling back to health – and his family are speaking out now to urge people to check out any scares right away.

“If I hadn’t been taken to hospital I wouldn’t have known I had meningitis and could have been worse off – or maybe not here at all.

“My injuries have altered my life and it will be hard to come back from this. But I am relieved to be here and so glad to be with the people I love.”

Usually fit and healthy Tom felt fine when he left home at 7 a.m. and drove to his employer’s yard on April 7.

He then mentioned he had a slight headache when he made his regular morning call to fiancée Anna-Marie Sedgwick, 26, at 7:30 a.m.

And another driver told him to phone in sick because he vomited and looked pale when he arrived to collect his haul at 8 a.m.

So Crook took a company van and set off on the 60-mile journey home, which usually takes an hour, at 8:30 a.m.

But just over two hours later someone called the emergency services to report that a blue van was on its side following a crash on the A5 near Gailey Island, Stafford.

Crook was rescued and taken to Royal Stoke University Hospital, where his feverish temperature alerted staff to meningitis.

He was put on antibiotics immediately and suspicions were confirmed by a lumbar puncture later that evening.

Crook’s family say they couldn’t get hold of him initially, and were only alerted when a colleague called Anna-Marie because the tracker on the van stopped working

His mom Nicola Welford, 50, said: “It was awful. We just stayed together. I was panicking – I’ve never felt like that before.

“We kept ringing and ringing his phone and speaking to the police. He always said we should only worry if he doesn’t call us himself.

“We just kept phoning all the local hospitals to see if he had been admitted. None of us even knew where he was.

“Then in hospital, we didn’t know if he would ever wake or what he would be like. It was soul-wrenching. I sobbed my heart out every night. It was unbearable.”

Crook was sedated at the roadside and stayed in a coma for seven days, while a CT scan showed a bleed on his brain.

He was transferred to Queen Elizabeth Hospital, Birmingham for rehabilitation after three weeks, on April 28.

There he was diagnosed with fluid on the brain – called hydrocephalus – which was causing poor eyesight, and a fractured vertebrae.

For weeks he wasn’t able to see his family, and he can’t go back to his old job – which he loved.

But friends have rallied round to support him and raise money for him to get equipment and manage without his normal wages.

Saffron Richards, 25, is doing a skydive and Tom Humphries, 25, shaved all his hair off in solidarity.

Mom Nicola, a complex care nurse, said: “This has been a really tough few months for the whole family. Tom is just devastated.

“We’ve never been able to get to the bottom of what happened to him that day. He was going in completely the opposite direction to home.

“They think he was hallucinating; they aren’t sure if he lost consciousness.

“The doctor said if someone had taken him home and he’d gone to bed he would have been in a critical state at best.

“They wouldn’t have known about the meningitis and wouldn’t have been able to keep on top of it. He would be much worse off than he is now.

“If he hadn’t had the accident he might not be alive, and we also wouldn’t know about his heart condition.

“If you aren’t sure about an illness don’t wait. We’re such a close family and I’m sure that’s what got us through this.

“We don’t know what Tom’s future will look like but he’s a fighter and we’ll be there to support him.”

Both drivers were taken to hospital following the crash, West Midlands Ambulance Service said at the time.

“When ambulance staff arrived on scene they found the driver of one van, a man, in a serious condition,” a spokeswoman said.

“The team worked together to administer treatment to the man to stabilize his condition before he was conveyed, by land ambulance on blue lights, to Royal Stoke University Hospital for further specialist care.

“The driver of the second van, a man, received treatment by ambulance staff for non-life-threatening injuries before being taken to New Cross Hospital by land ambulance for further checks.”

Staffordshire Police have been approached for more information on the incident.

However, Tom’s family say a probe was dropped after medics revealed his meningitis diagnosis.