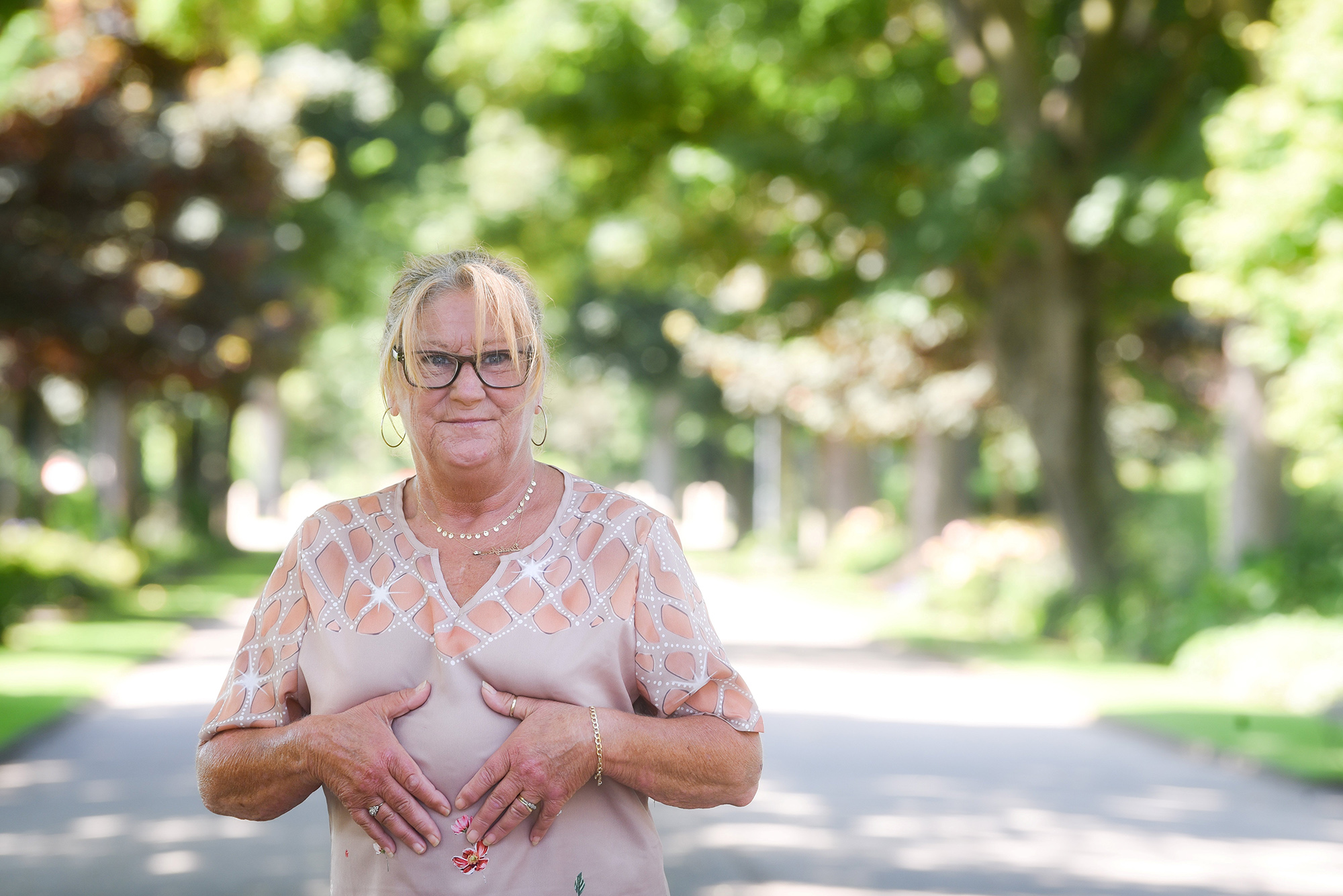 Linda Edwards poses in an undated photo. Edwards had a pioneering titanium implant operation several years ago and is now the first person in the world to have it removed. (Blackpool Gazette,SWNS/Zenger)

A grandmother who underwent pioneering surgery to have a 3D sternum fitted has now become the first in the world to have it removed.

Linda Edwards, 55, was the fifth person in the world to undergo the groundbreaking operation in 2019 after a series of health difficulties.

She needed the op after complications following double heart bypass surgery in 2016 saw wiring – meant to hold her sternum together – come loose before collapsing.

At the time, she was overjoyed as she was able to pick her granddaughter up with no pain at all.

But Edwards, of Blackpool, a seaside resort on the Irish Sea coast of England, located in the United Kingdom, was soon fighting multiple infections.

And the final straw came when she was involved in a minor car accident that saw a hole torn in her fragile skin – leaving the sternum out on show.

Doctors then decided she should have the implant removed and replaced with toughened muscle taken from her back.

Medics at the Queen Elizabeth Hospital in Birmingham, in the U.K., told her to write a will and spend time with her family as there was a chance she wouldn’t survive the risky procedure.

But despite feeling ‘like death’ after the surgery, Edwards said she now feels ‘absolutely brilliant’.

She said: “I feel better with having it out. I can move, I can breathe – I couldn’t even lean back because it used to dig in me.

“The infections were getting to the point where I had just had enough.”

The grandmother-of-four said the main thing she wants to do when she has fully recovered is meet one of her granddaughters for the first time.

She said: “The week I had my heart bypass, my granddaughter was born in Australia and she’s five now but I’ve never met her.

“That’s the one thing I want to do, but at this point in time, because I’ve been off work, I just can’t do it.

“She’s getting older before my eyes, but as long as I can go over to see her, then I don’t care what happens.

“It breaks my heart that she’s five now, and all she has ever known is that I’m too sick to visit her, but she doesn’t understand why.”

Edwards, a mental health support worker, has now set up a support group to connect with the few people around the world who have had the same procedure.

She said: “There is no research or information from anywhere around the world, on how you would prevent damage to your sternum.

“It only tells you to not lift more than two pounds in your hands for six weeks, and put a towel on your chest when you cough.

“I’m looking to try and send leaflets out about aftercare, and then if they are successful, send them out around the world.”

“I’ve set a group up online, there’s not many people who have been through similar things.

“There’s about 217 us all around the world, and I’m in touch with all of them.

“They are all so grateful they have found this group – two of them have tried to commit suicide.

“Luckily, they weren’t successful and someone pointed the group out to them, so they joined and they’ve met people so they don’t feel like they are on their own anymore.”