The lift engineer moved in as a child with his parents in 1974 and has lived in the three-bed semi in Bredon Avenue for 48 years.
By Simona Kitanovska August 8, 2022
Facebook
Twitter
Linkedin
Email 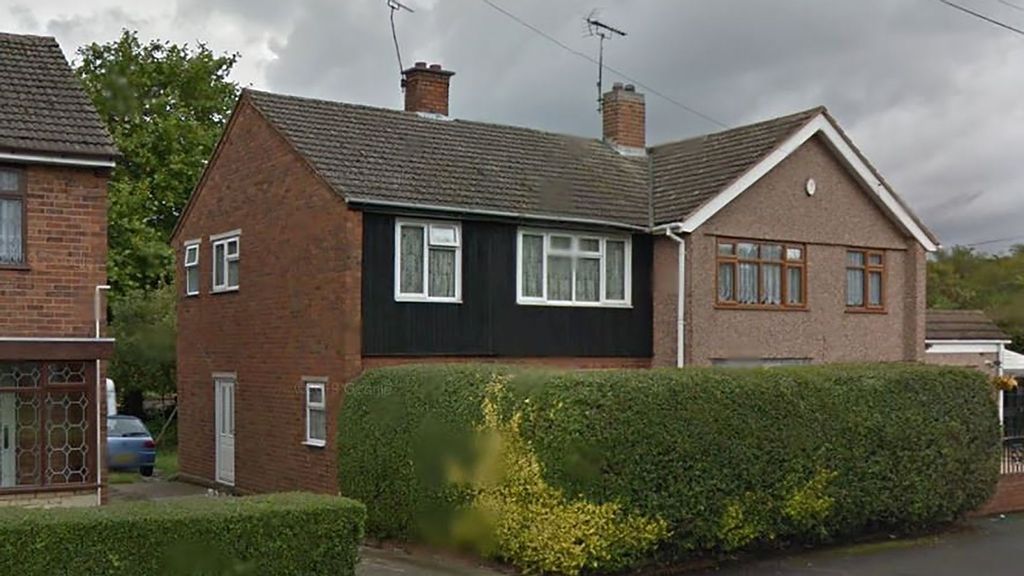 Steve White's home on Bredon Avenue, Stourbridge, pictured in an undated photo. White, 53, is facing a court battle to try and keep his childhood home after being slapped with an eviction notice to vacate the property in Stourbridge, England. (Google,SWNS/Zenger)

A grieving son has slammed council bosses after being told to evict his family home of nearly 50 years following his mom’s death from COVID.

Steve White, 53, is facing a court battle to try and keep his childhood home after being slapped with an eviction notice to vacate the property in Stourbridge, England, in the United Kingdom.

The lift engineer moved in as a child with his parents in 1974 and has lived in the three-bed semi in Bredon Avenue for 48 years.

But less than a week after his 81-year-old mother Janet died in hospital with COVID-19 in October 2020 he was issued with the notice as she had been the tenant.

White says the ordeal has taken its toll on his mental health and left him on anti-depressants as he continues to fight a legal battle to try and keep his home.

He says he is happy to pay the 400 British pounds ($480) monthly rent to be able to stay at the property which holds a lifetime of family memories.

White has appealed to Dudley Council to be permitted to stay but the pleas have so far fallen on deaf ears and the authority has now hauled him before a court.

He said: “The council don’t really care and they have no compassion. It was a week after my mom died that they told me I was being kicked out.

“I know there’s a housing problem but it’s not my fault and I can’t help how I feel. I love this house, I’ve been here all my life.

“Councils have let people stay in council homes after relatives die under the succession rule before so I don’t know what is different in my case.

“It’s discrimination and almost like its ageism. I don’t know what they have against me as a lady up the road in exactly the same position was allowed to stay.

“They’ve offered me properties but they are just small one-bedroom flats and I consider this my home.

“I moved in when I was a little boy and lived here with my mom and dad. My dad died a few years back and then I lost my mom in October 2020.

“You’d think they could use some discretion at a time like that but they were on me straight away saying I was being kicked out.

“I’ve paid full rent since mom died and I don’t mind paying extra. It has left me on antidepressants and I have never suffered from depression before.

“I wake up in the middle of the night in a cold sweat, the stress has been terrible. I don’t know what I’ll do. It’s heartbreaking.

“If I go on like this then I think I’d have to give up my job. I have to be on the ball constantly at work and if I’m not then it can be dangerous.

“Also, my sister’s children come here to stay with me quite often, so I won’t be able to do that either if they move me elsewhere.

“I have a work van that would get broken into in five minutes if I parked it up in the street. It’s a nice area and I’m devastated that they are asking me to leave.

“I’ve almost given up hope, they just seem to have no compassion at all. They are treating me like a criminal or a neighbor from hell. It’s disgusting.”

Cradley and Wollescote councilor Richard Body said: “Humanity has gone out the window.

“The council have the power of discretion and despite my pleas are determined to evict a tenant of over 48 years simply for now having a spare bedroom.

“This is a warning to all Dudley Council tenants, this shows your council property is not your home, and sadly the council will show no length of time loyalty.”

Cllr Body said he wants to see the council’s housing succession policy amended to give anyone who has lived in the same council property for 30-plus years the right to remain.

Councillor Laura Taylor-Childs, the authority’s cabinet member for housing and community services, said the council’s policy is “in line with legislation” and recognizes there’s a “large waiting list with many families bidding each week for a family home.”

She added: “As much as we would like to be able to allow tenants to remain in their childhood or long-term homes, it simply is not possible.

“The reality is we have families who are in desperate need of larger accommodation who are on our waiting list – some are homeless, severely overcrowded, or are awaiting larger properties to allow space for adaptations to help with lifelong disabilities.

“It simply is not right to allow a single person to remain in a three-bedroom property. It is incredibly sad to hear one of our tenants is going through this upset.

“Our teams have been on hand to help, and do not rush anybody who find themselves in this situation.

“We are committed to ensuring the tenant is not left without accommodation, and I have on many occasions urged the tenant via Cllr Body to encourage him to engage with the vast amount of support which has been offered.

“Unfortunately, it appears the tenant is not willing to take up that help and support. This has left us with no viable alternative but to take court action.”

The case is scheduled to be heard at Dudley Magistrates’ Court on Friday, August 5.