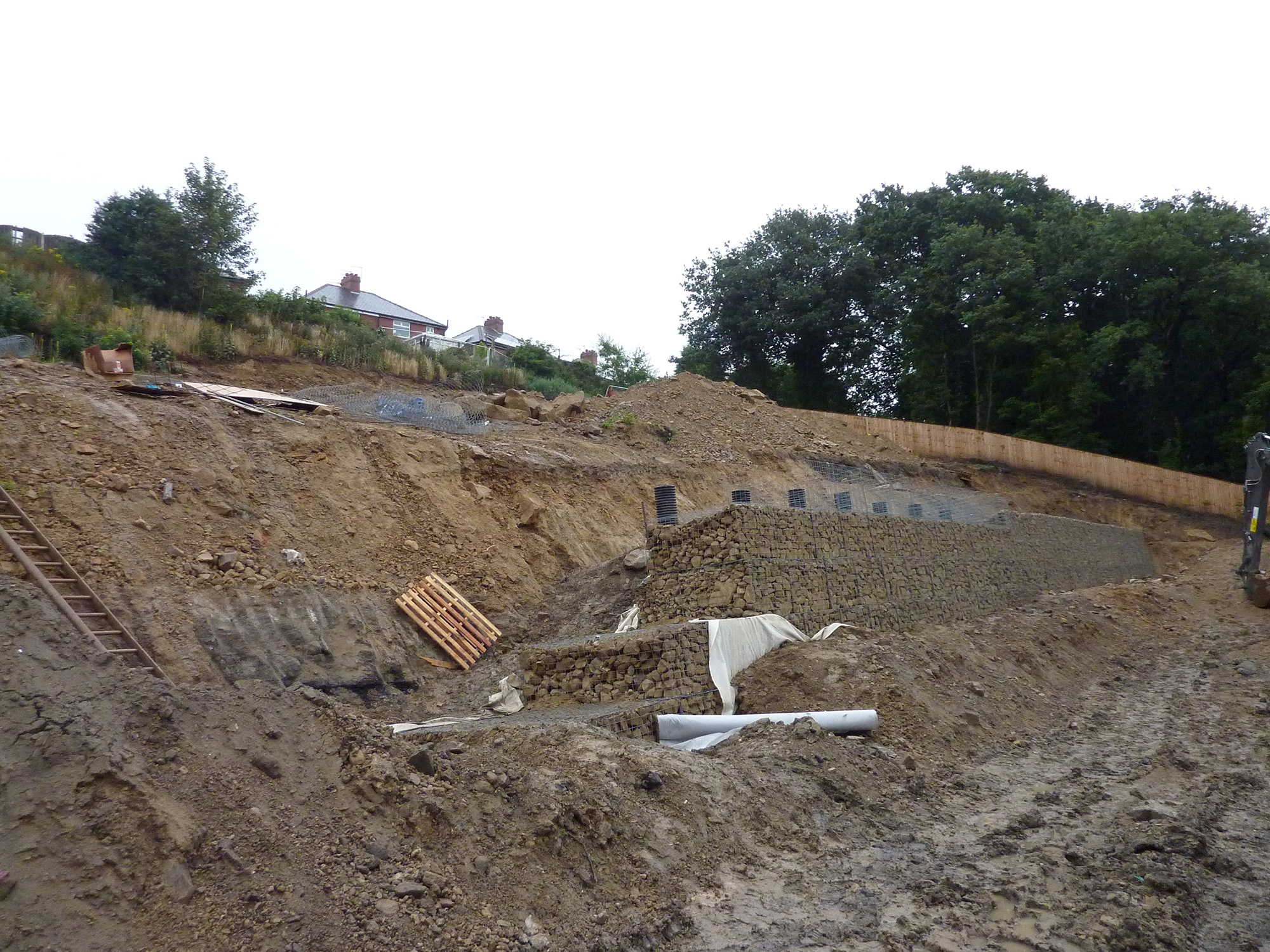 The construction site, with the row of pipes in the center where Conley Thompson became trapped. Undated photograph. (HSE,SWNS/Zenger)

A construction firm has been fined $728,500 over a string of safety errors that led to the death of a seven-year-old boy on a building site after getting trapped in a pipe.

Conley Thompson died in 2015 after falling into a vertical pipe on the Church View site in Worsbrough, in the U.K., a mile away from his home.

He was able to sneak onto the dangerous building site because three-quarters of the fencing surrounding it was ‘inadequate’, a court heard.

Bosses at Howard Civil Engineering knew there was a substantial risk of trespass as the site was a “magnet for children”, Sheffield Crown Court was told.

Conley’s body was found by staff working on the site in Barnsley, England, in the United Kingdom, on the morning of July 27, 2015, after he went missing the previous day.

It has never been discovered how Conley fell into the pipe as none of the staff were onsite, and no adult had seen the boy throughout the course of July 26.

A police and Health and Safety Executive (HSE) investigation ruled out foul play.

But bosses at the firm pleaded guilty to two charges under health and safety law after inspectors found the fence of three sides of the site to be dilapidated and have gaps.

Judge Jeremy Richardson QC said: “The main reason why the tragedy eventuated was because of the wholly inadequate perimeter fencing surrounding the site.

“The site itself was an inevitable attraction to children because large diggers were on site, rubble and rocks for climbing were there, and it would have been regarded as a wonderful adventure playground by a child.

“It was, of course, nothing of the kind, it was a building site, and was capable of being a death-trap for anyone who had no right to be there.”

Judge Richardson described Conley as a child full of “adventure” but did express his concern that he was able to escape parental supervision and access the site.

He said: “The deceased had a habit of entering the Church View Site. It would seem he found it both tempting and easy to access – as indeed it was.

“The precise movements of the deceased during Sunday, July 26, 2015, are not at all clear or confirmed.

“It is a noteworthy and very unhappy feature of the case that he was not seen by any adult during the course of the day.

“That feature is a source of concern to me. A seven-year-old boy of the disposition of Conley needed a high level of supervision.”

Speaking after the hearing, HSE inspector Paul Yeadon said: “Conley should never have been able to be on that site. He should have been kept out.

“The construction industry should be aware of the dangers of construction sites to members of the public and any other unauthorized persons.

“The dangers to children gaining access to construction sites and treating them like a playground is an ongoing problem which must be addressed at all types of sites no matter what their complexity or size.

“The industry must do all it can to ensure children can’t access construction sites and be exposed to the inherent risks they present to prevent further tragedies like this from occurring.”