She claims one of her neighbors had left their tin of paint without the lid on in their garden.
By Simona Kitanovska August 8, 2022
Facebook
Twitter
Linkedin
Email 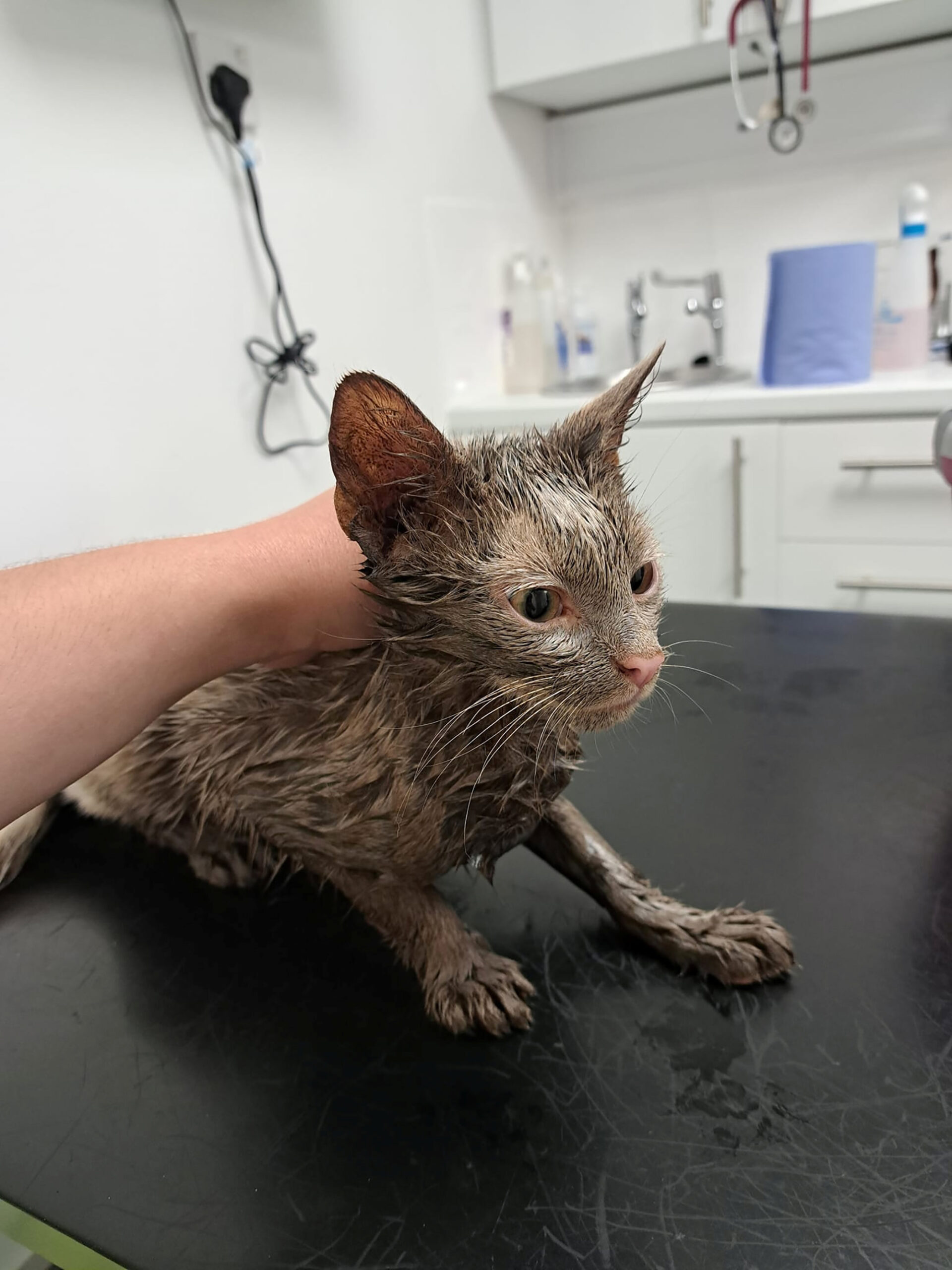 A pet owner wants Brits to take more care when they’re painting their fences – after her curious cat was left covered.

Jemma Mossop, 32, had a fright when her pet, George, came home covered head to toe in what she thinks was brown paint.

She claims one of her neighbors had left their tin of paint without the lid on in their garden – and mischievous George decided to check it out.

Mossop, from Morecambe, in the United Kingdom, rushed six-month-old George to the vet to get his eyes checked.

Cloths and towels were then used to wipe away as much paint as possible before clippers were applied to the fur that was too badly coated to rescue.

But Mossop is issuing a warning to people who leave paint tins without their lid on in their garden in the hope of saving other animals from the same fate.

She said on Facebook: “If you’re using paints or stains in the garden to brighten things up for summer…. put the lids on or put them away overnight!

“Even if you hate cats – this could have been a hedgehog, a squirrel, a fox or any other little garden critter, all because someone couldn’t be a**** tidying up their creosote.”

And the photographer, who lives with her husband Duncan, 34, and their daughter, added: “My poor boy usually goes out late on for a quick wander before bed.

“I initially thought it was mud because of the torrential rain we had that night, but when I picked him up, I realized it was greasy.

“When I turned the light on, he was absolutely caked in a thick dark brown oil-based stain.

“I left my husband wiping it away from his eyes as he was struggling to open them and rang the emergency vets for help.

“They said to take him down immediately due to the risk to his eyes and skin, plus poisoning if ingested by trying to groom himself.

“We were there around two hours trying to clean him in an incredibly slow process of shampooing and wiping him down with cloths and towels, and clipping off his fur as the oil slick came away – it was too thick to get clippers in initially.

“His vet was absolutely incredible.

“We were lucky that he cooperated otherwise he would have had to be anesthetized, but he seemed to know we were helping him and sat still just watching us work.

“He was such a good boy and just let me hold him whilst she sorted him out. The poor vets must have ruined about 20 towels on him.

“Thankfully, he is now home, feeling very sorry for himself.

“He’s had a very lucky escape, but it scares me so much that wild animals could do this to themselves and not get help, or that he could have come in after I’d gone to bed and not been found till morning when he would have almost certainly died from trying to groom himself as it is poisonous if ingested.

“It’ll take months for his fur to grow back, and he’s dyed brown, but it could have been so much worse!

“Even if you hate cats – this could have been a hedgehog, a squirrel, a fox or any other little garden critter, all because someone couldn’t be arsed tidying up their creosote once they’d finished using it for the day!”