The footage was obtained from the Ministry of Defense (MoD) of the United Kingdom on Wednesday, August 3. 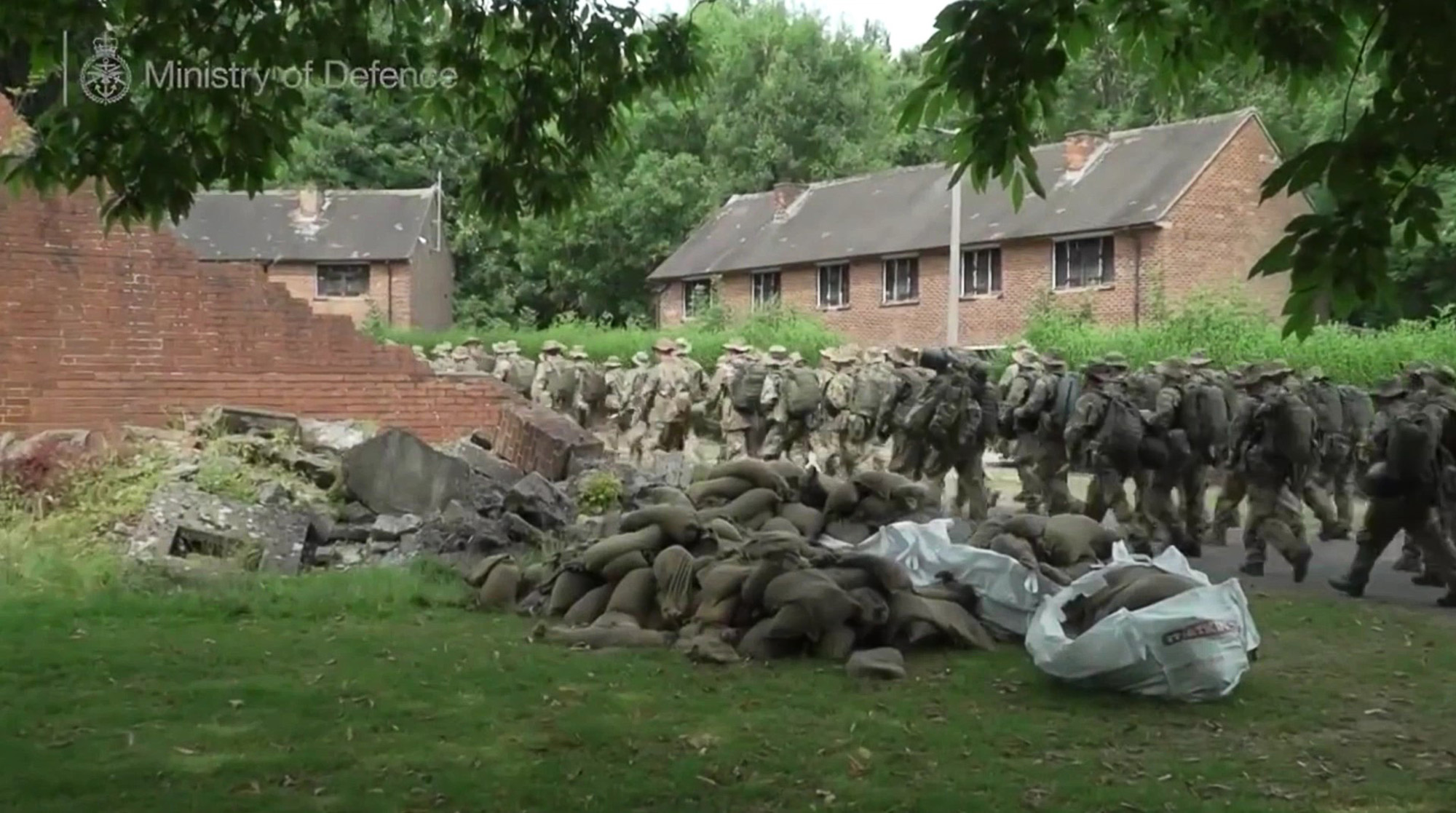 The Ukrainian soldiers' marches in military training camp in the United Kingdom in undated footage. According the British Ministry of Defense, Ukrainian soldiers have been taking part in U.K.-led military programs across the U.K. (@DefenceHQ/Zenger)

This footage shows Ukrainian civilians training in Britain to be soldiers so they can defend their country against the Russian invaders.

The images show Ukrainian recruits training somewhere in the United Kingdom using practice assault rifles in what appears to be a mixed environment that includes forested terrain and a partially destroyed red-brick building.

The footage was obtained from the Ministry of Defense (MoD) of the United Kingdom on Wednesday, August 3, along with a short statement posted on Twitter saying: “Less than 2 weeks ago these men were Ukrainian civilians. Now they are training to be ready for combat on the front line.

“Ukrainian soldiers have been taking part in U.K.-led military programs up and down the country.”

Zenger News contacted the Ministry of Defense of the United Kingdom for further comment, as well as the Ukrainian and Russian Ministries of Defense, but had not received a reply at the time of writing.