The footage was obtained from the National Guard of Ukraine on Thursday, August 4. 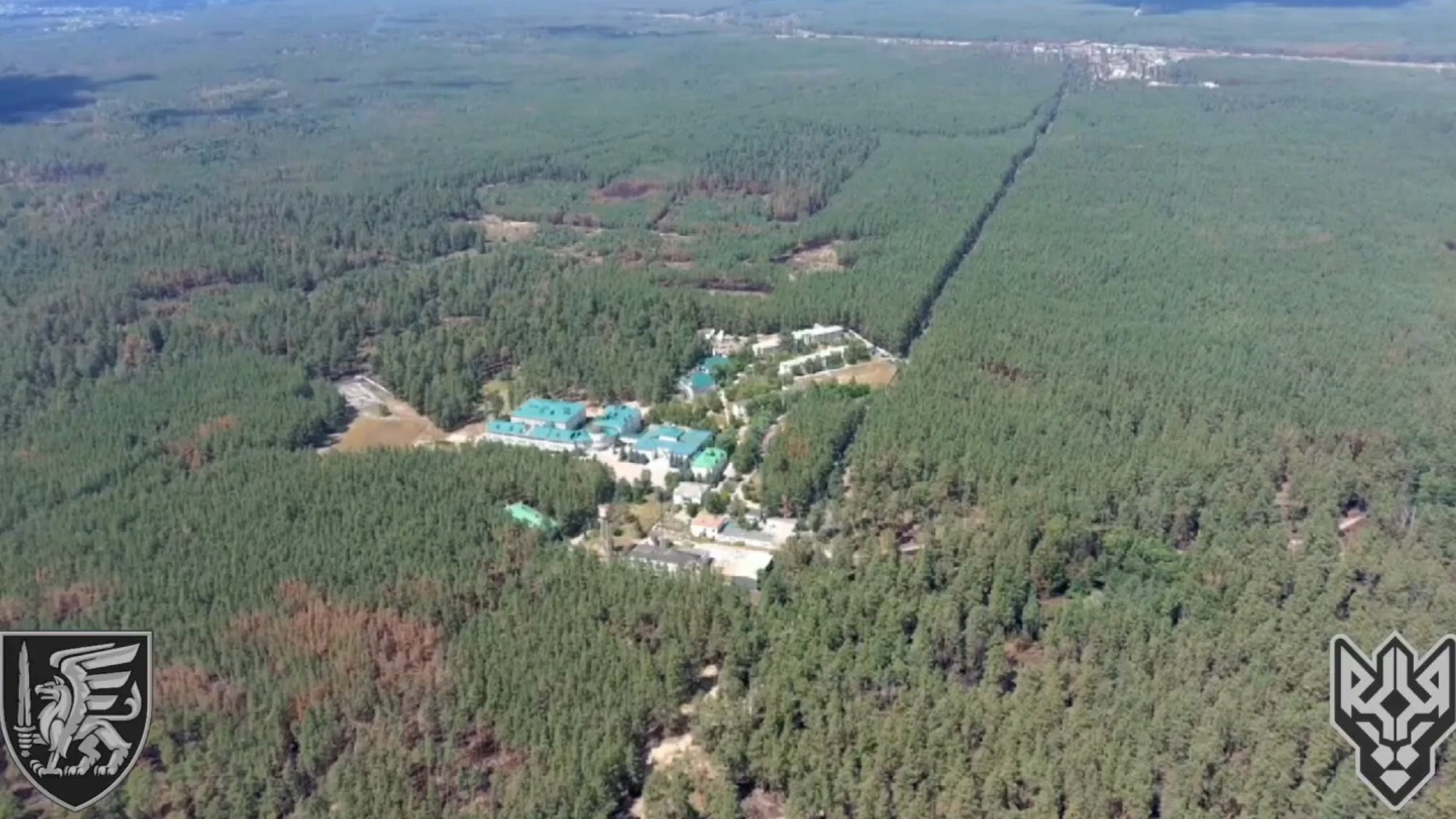 Picture shows location of hidden mortar battery of the Russian occupation troops in the residential area surrounded by fields in Donetsk direction, Ukraine in an undated photo. The artillery of the 81st separate airmobile brigade effectively worked together with the corrections of the guardsmen of the operational assignment battalion named after the Hero of Ukraine Major General Serhiy Kulchytskyi in the Sviatohirsky direction. Note: Picture is a screenshot from a video (@NGUmainpage/Zenger News)

The footage shows a forested area, with unidentified, plush buildings nestled among it. The area is then hit by Ukrainian ordnance that reportedly destroyed a Russian mortar battery, according to the Ukrainian National Guard.

The footage was obtained from the National Guard of Ukraine on Thursday, August 4, along with a statement saying that the images show “Ukrainian soldiers destroy[ing] the enemy in the Donetsk direction”.

The National Guard added: “The artillery of the 81st separate airmobile brigade, together with the guards of the battalion of the operational assignment named after the Hero of Ukraine Major General Serhiy Kulchytskyi, effectively destroyed a mortar battery of the Russian occupation troops in the Sviatohirsk direction.”

Sviatohirsk is a city in the northern part of the Donetsk Region of eastern Ukraine.