A massive search operation with more than 200 police officers, rescue workers and volunteers swung into action. 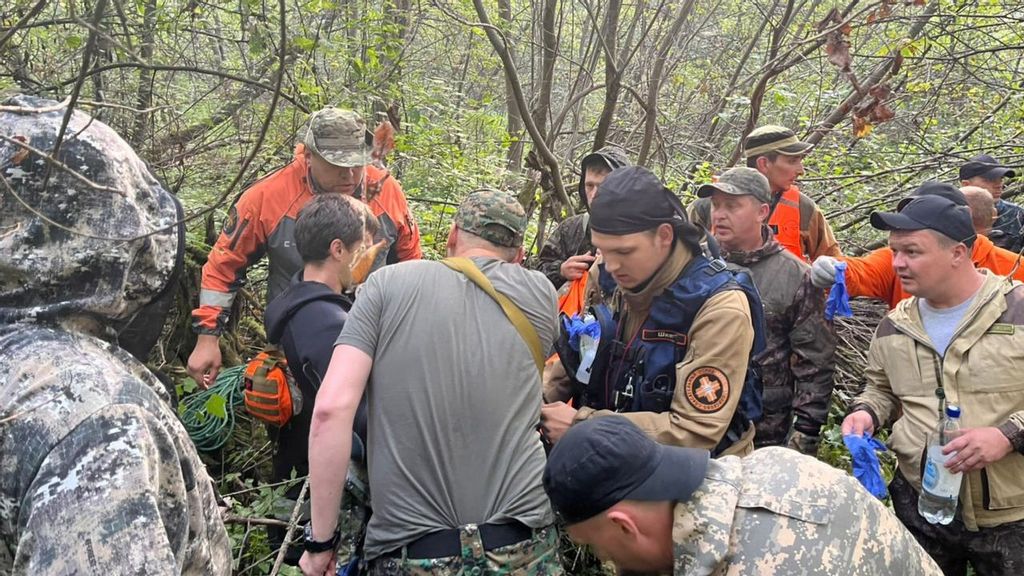 Photo shows the moment Yegor Novolotsky, 3, was rescued in the town of Veliky Ustyug in Vologda, Russia, Wednesday, Aug 3, 2022. According to preliminary information, the child has general hypothermia. (@sledcomru/Zenger)

A three-year-old boy who vanished without a trace from his village in Russia has been found alive in a forest after two nights alone.

He was last seen on CCTV at 5:40 p.m. as he walked alongside a pack of dogs near a school.

A massive search operation with more than 200 police officers, rescue workers and volunteers swung into action in Vologda, a heavily forested region north of Moscow.

But they feared the worst when, on August 2, some of Yegor’s belongings were found.

Astonishingly, the youngster was found alive in a forest four miles from his village the next day.

Police video of his discovery shows the child was shirtless and wrapped in his rescuers’ clothing.

Yegor had endured night-time temperatures of no more than 57 degrees Fahrenheit.

He was taken to a local hospital to receive treatment for hypothermia.

Alexander Kuzmin, head of Veliky Ustyug district, said in a statement: “Thanks to everyone who took part day and night in search for three-year-old Yegor.

“The boy was found in the woods. Between Morozovitsa and Shchekino. Doctors and psychologists are now working with him.”

In a statement obtained by Zenger News on August 3, the Investigative Committee of the Russian Federation for Vologda Oblast said: “Recall that on August 1, 2022, after 5 p.m. a three-year-old child disappeared in the village of Morozovitsa, Veliky Ustyug district.

“On this incident, the investigating authorities of the Investigative Committee of Russia for Vologda Oblast initiated a criminal case and search activities were immediately organized.

“Experienced investigators and forensic specialists from the regional office of the regional department of the Investigative Committee of Russia left for the scene.

“In order to search for the missing boy, the forces of the Ministry of Internal Affairs, the Ministry of Emergency Situations, as well as the public and volunteers were involved, special equipment was used.

“During the search activities on the morning of August 3, 2022, the missing child was found alive in a forest belt about seven kilometers from the village where he lives.

“Doctors were sent to him to assess his state of health and provide the necessary assistance.

“According to preliminary information, the child has general hypothermia, he was sent to the district hospital for hospitalization.

“Currently, investigators continue to establish all the circumstances of the boy’s movement. The criminal investigation is ongoing.”