The footage was obtained from the Russian Ministry of Defense (MoD) on Thursday, August 4. 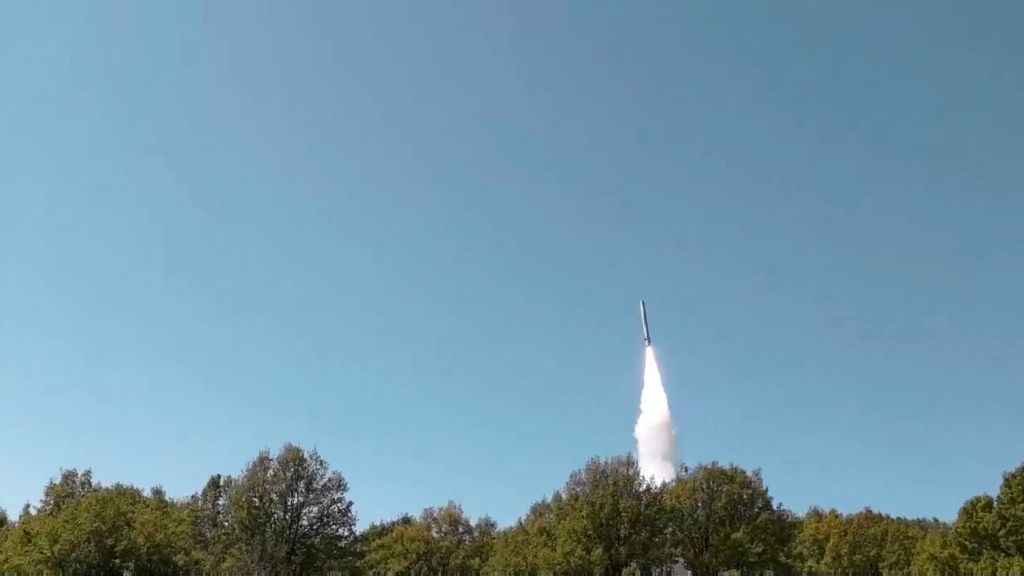 This footage allegedly shows a Russian mobile ballistic missile system firing a large rocket at a target in Ukraine, with the Russian Ministry of Defense claiming that it has a range of over 300 miles.

The vehicle, allegedly an Iskander mobile ballistic missile system, can reportedly be seen firing one of its missiles. It can be sporting a white ‘V’ on its side.

The ‘V’, as well as the letters ‘Z’ and ‘O’, is one of the symbols that can be seen painted on Russian military vehicles taking part in the invasion of Ukraine.

The footage then apparently cuts back to the vehicle maneuvering into position. It reportedly shows the missile system preparing its ordnance for launch, having stopped in a wooded area. The firing system is then deployed and the missile is launched – as seen at the beginning of the footage.

The footage was obtained from the Russian Ministry of Defense (MoD) on Thursday, August 4, along with a statement (in Russian) claiming that the images show the “combat work of crews of Iskander-M operational-tactical missile systems of the Air Defense Forces grouping in the zone of the special military operation”.

The Russian MoD also claimed: “The Iskander-M OTRK allows you to deliver high-precision strikes with both aeroballistic and cruise missiles against any targets located at a distance of up to 500 kilometers [311 miles]”.

The Iskander is a mobile, short-range ballistic missile system that is produced and used by the Russian Armed Forces. They were set to replace the obsolete OTR-21 Tochka systems by 2020, but these have also been used in the Russian invasion of Ukraine.