Keepers said the chick is the first of its species to be bred in captivity in Scotland and one of just a handful in the world. 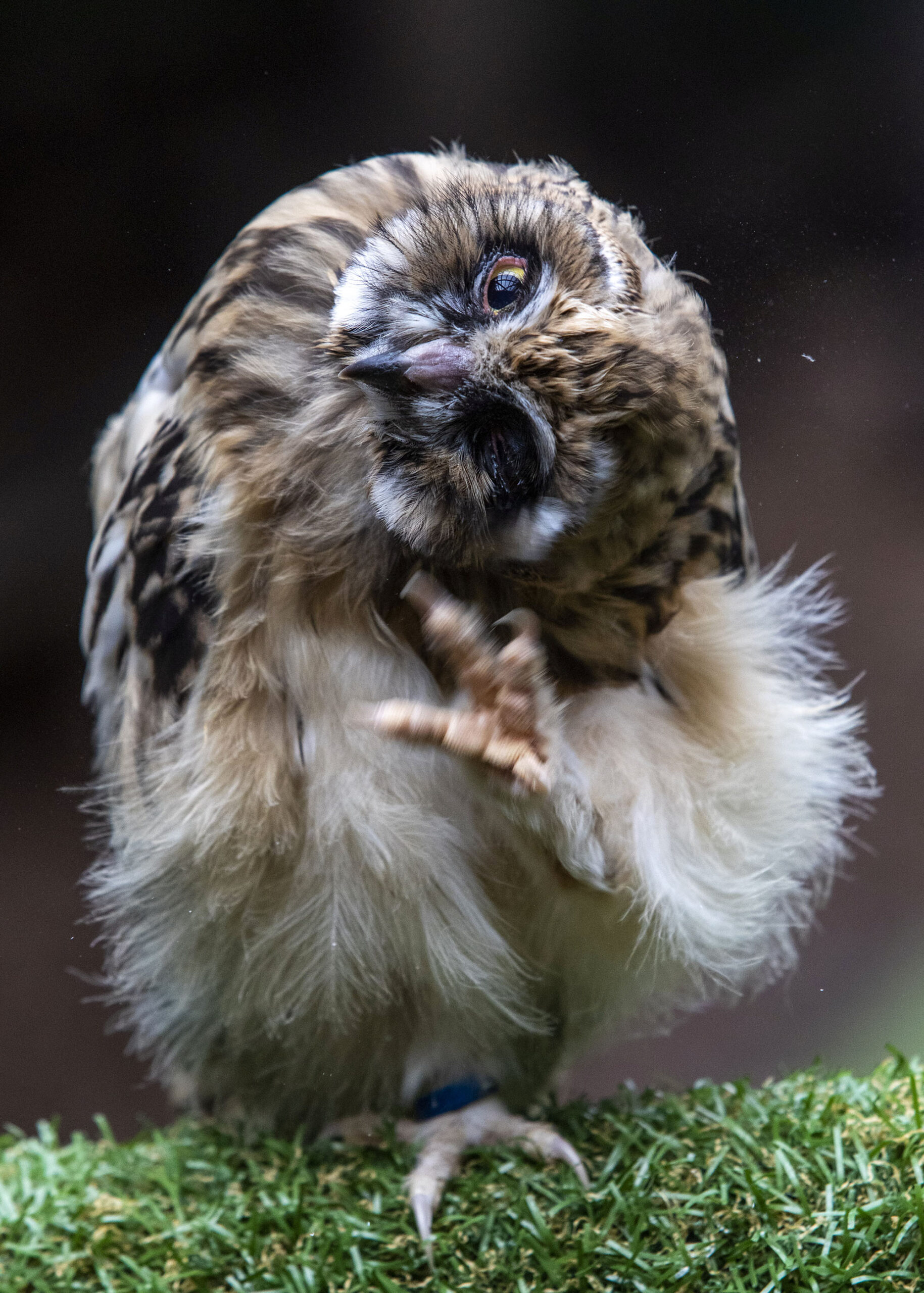 Machrihanish, the seven-week-old short-eared owl, at the Scottish Owl Center in West Lothian, which is the first ever to be bred in captivity in Scotland. July 2, 2022. (SWNS/Zenger)

One of the first short-eared owls to be bred in captivity in the U.K. for around 30 years has been born.

Adorable pictures show six-week-old fluff ball Machrihanish, or Mac for short, who was born at the Scottish Owl Center, West Lothian, in Scotland, in the United Kingdom.

Keepers said the chick is the first of its species to be bred in captivity in Scotland and one of just a handful in the world.

The center acquired a pair of young short-eared owls from Belgium in 2016 – but they are notoriously hard to breed in captivity.

Staff went to great lengths to ensure their aviary replicated their natural habitat and are delighted their efforts have finally paid off.

They will not be able to tell the sex of the owl until it’s fully grown but think it’s male as it is the same color as its dad.

“He is very inquisitive and bold and his feathers are in great condition already.

“We think he is the first short-eared owl to be bred in captivity in the UK for around 30 years and one of just a few in the world.

“Not many places in the world will have bred these owls in captivity.

“We are guessing he is male because it’s the same color as his dad but we won’t be able to tell for sure until it’s fully grown and we can weigh him or get a DNA test.

“We tried to recreate the natural habit of the owls by building a long and wide aviary for them.

“We planted lots of tall grass as they usually nest in moorlands, that is where people encounter them in the wild.

“It worked very well and they nested in the tall grass.”

Mac was named after Machrihanish airfield, near Campbeltown, Argyll and Bute, where the short-eared owls inspired owner Rod Angus to start the owl center in 2003.

He is now being trained to take part in daily flying displays at the center – and keepers are hopeful his parents will have chicks again next year.

Trystan added: “He will be an important and very unique member of our flying team.

“To have one trained will be very important for the future.

“We are hopeful mom and dad will breed again next year and maybe have a clutch of three or four owlets after the success of Mac.”