Biologist Eric Smith of The University of Texas and an international research team have written a paper about their discovery. 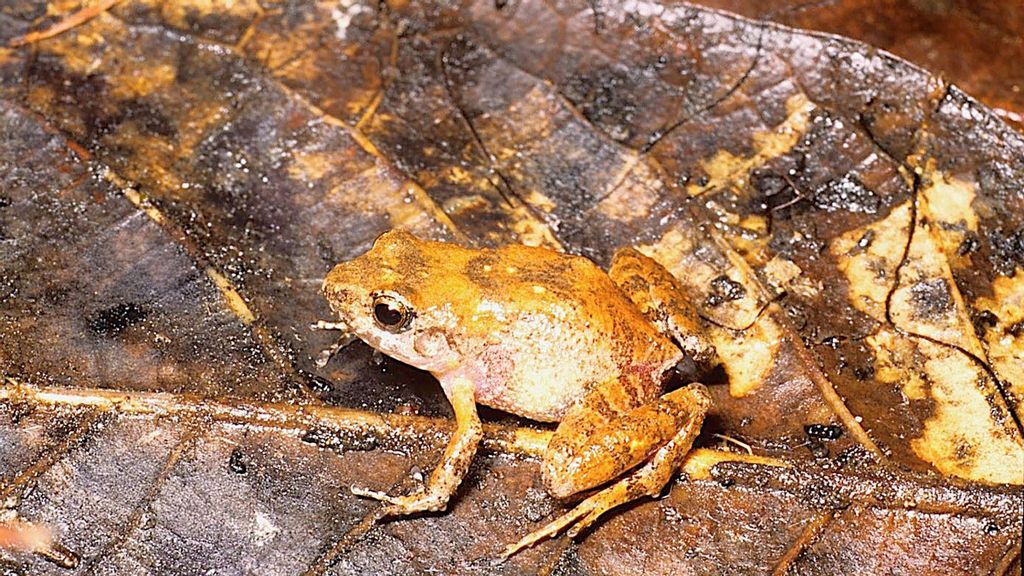 Six new, threatened frog species have been found in an area of Mexico beleaguered by narcoterrorists and the expert who oversaw their discovery has said that no natural and uncontaminated habitat is left for them.

Biologist Eric Smith of The University of Texas at Arlington and an international team of researchers have written a paper about their discovery of the miniature amphibians, none of which exceed 15 millimeters (half an inch) or a little more than half an inch in length.

Their paper, titled “Miniaturization in Direct-Developing Frogs from Mexico with the Description of Six New Species,” appears in the journal Herpetological Monographs.

Human overpopulation and agricultural practices are endangering these tiny amphibians, Smith wrote in an email to Zenger News. “No natural and uncontaminated habitat is left for them,” he wrote.

The frogs are found only in Mexico, he wrote.

They are found in Jalisco, Guerrero, and Michoacán, which are states where much of the territory is occupied by violent armed bands engaged in narcotrafficking and in frequent battles with government security forces.

The violent Jalísco Cartel, for example, has taken over numerous towns and villages in Michoacán and cut off roads, thus making travel impossible.

Smith said that during his career, research into Mexico’s biodiversity has thereby declined.

Speaking about the frogs, which are among the smallest yet found in the world, Smith said, “Biodiversity research tends to focus on big, charismatic animals and can neglect smaller species.”

“Because of this, these little frogs went undetected for a very long time,” Smith said.

The researchers believe that the newly discovered species achieved their diminutive size and juvenile characteristics through a process known as paedomorphosis.

This means that they began to reproduce at earlier and earlier stages of development, thus limiting adult growth.

“Finding that miniaturization of the frogs is happening through paedomorphosis,” Smith wrote in the email, was the most surprising aspect of the study.

Smith and colleagues recommend that the six new species be classified as endangered, having taken into consideration their declining habitat and limited distribution in tropical and subtropical regions.

“These creatures inhabit a very narrow range among the leaf litter on the mountainsides,” Smith said. “If you hike too far too quickly, you could miss them completely.”

Smith has studied the species since he was a student and was able to distinguish them from others because of the structure of their bones and organs, as well as their outward appearance.

Noting that more research is needed, Smith said, “Our sampling efforts are limited in western Mexico and east of the Isthmus of Tehuantepec, but we are already aware of more new species from this group that need to be described.”

“We have now explored other mountains in central Mexico and are going to generate genetic data to establish the validity of new populations as new species; this work will be completed within the next few years,” Smith wrote regarding future work on the species.

Jeffrey Streicher, who is a senior curator at the Natural History Museum in London, performed the species’ genetic analysis.